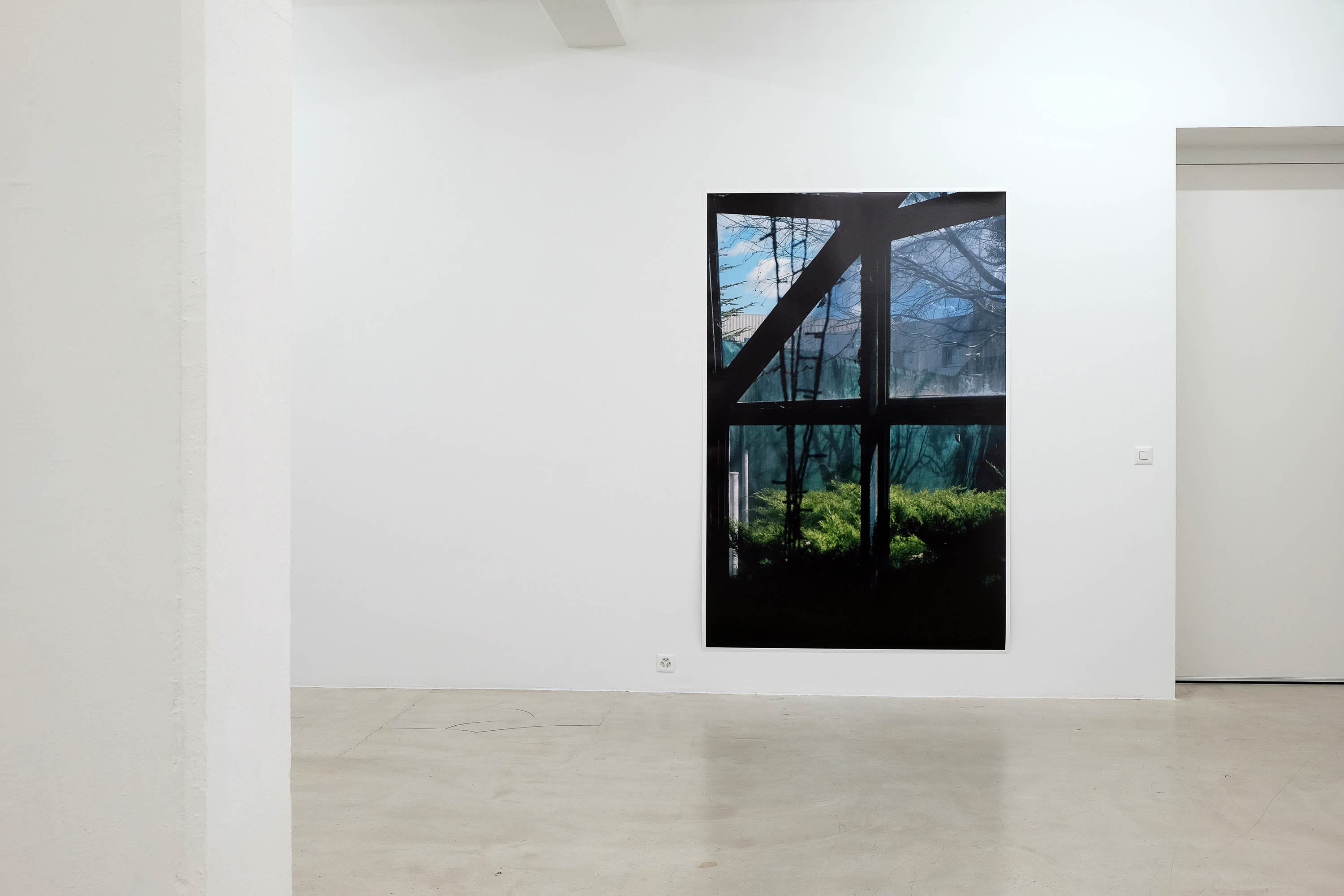 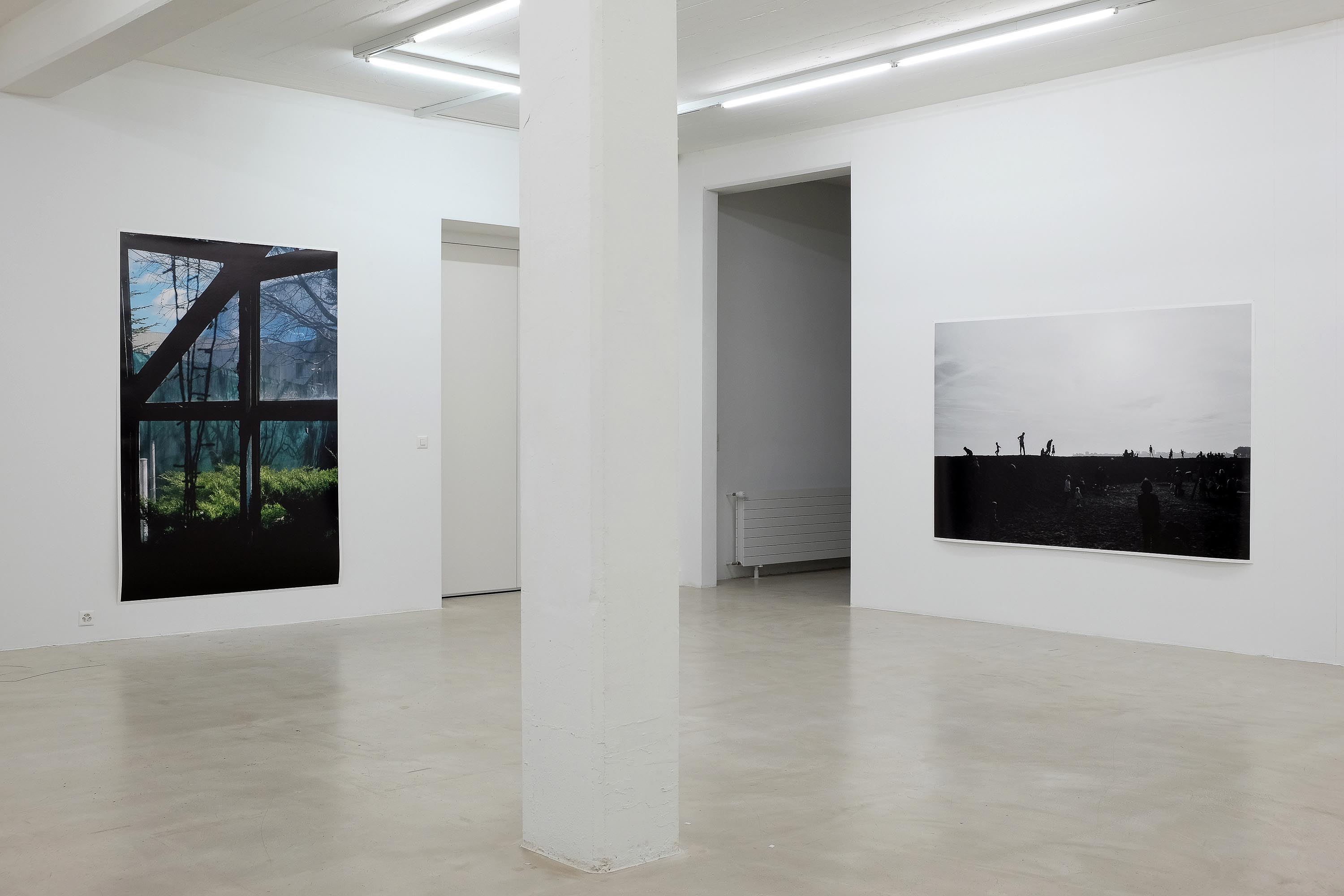 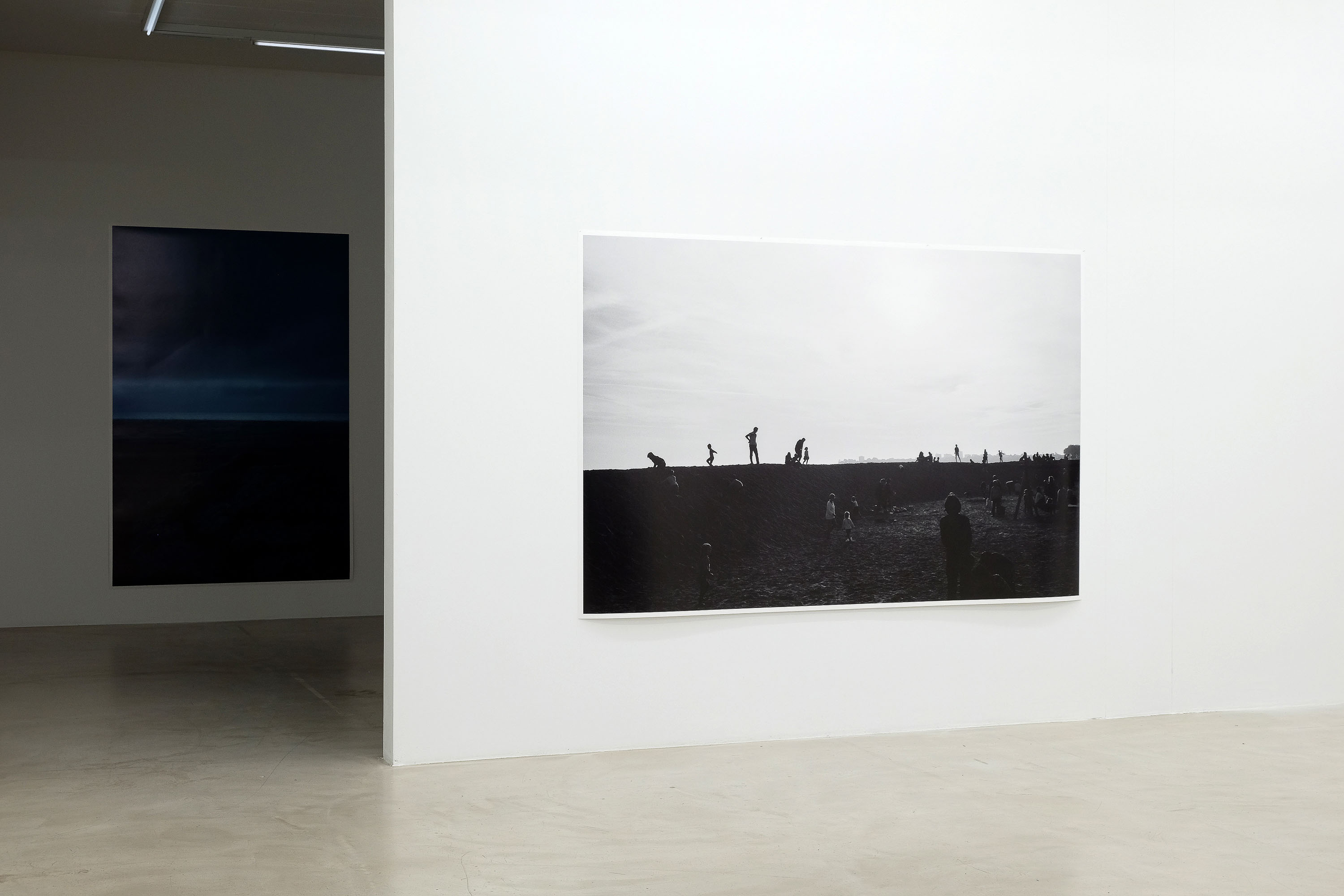 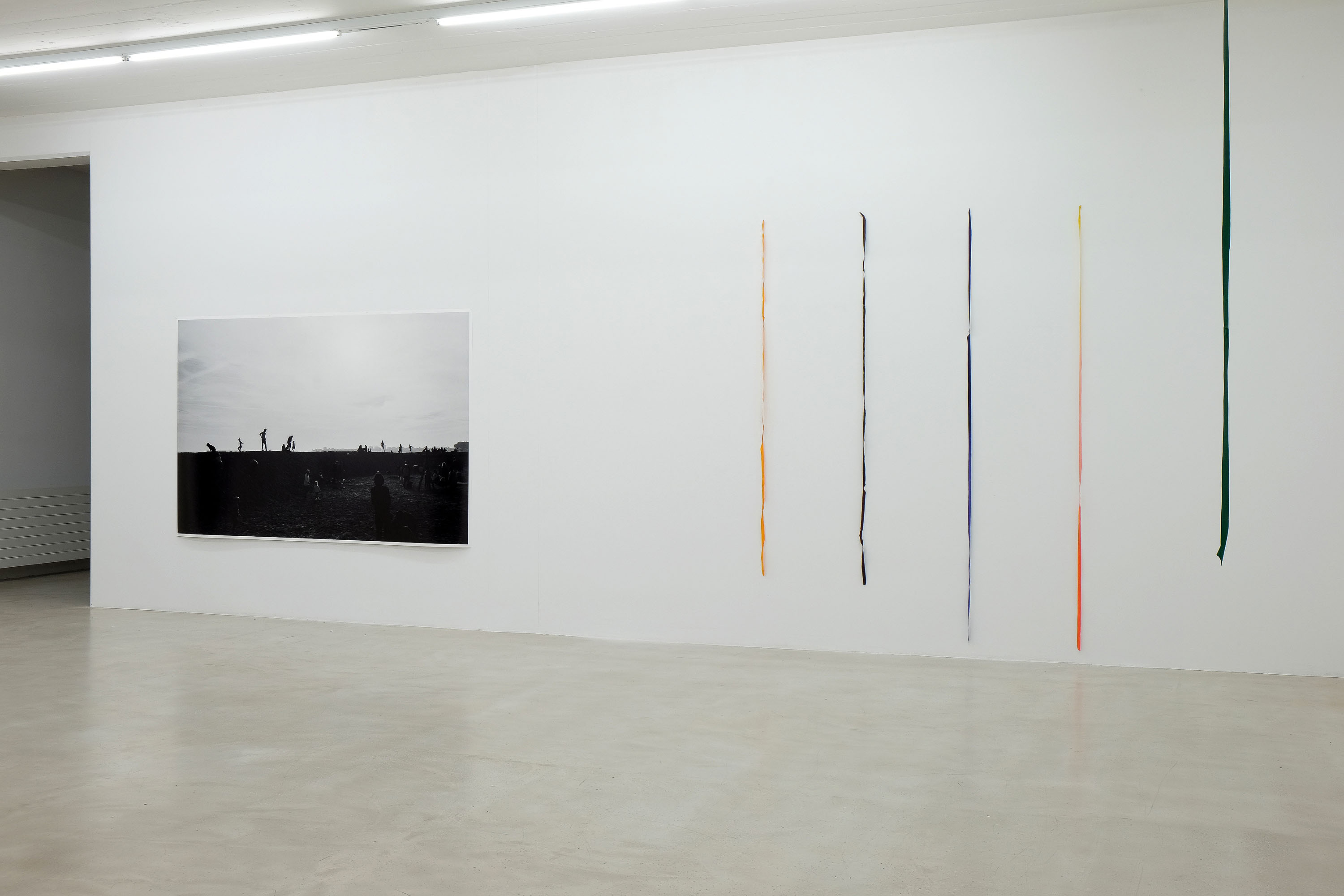 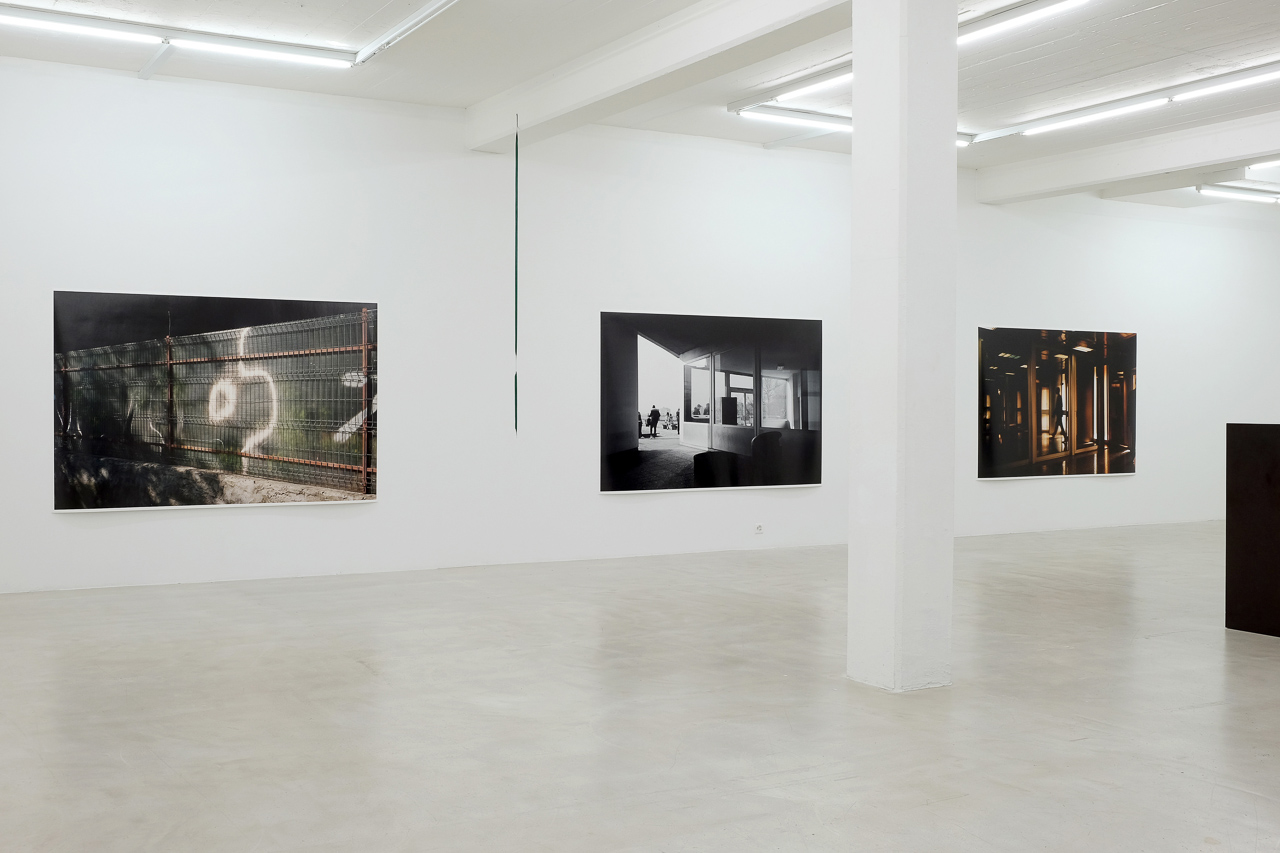 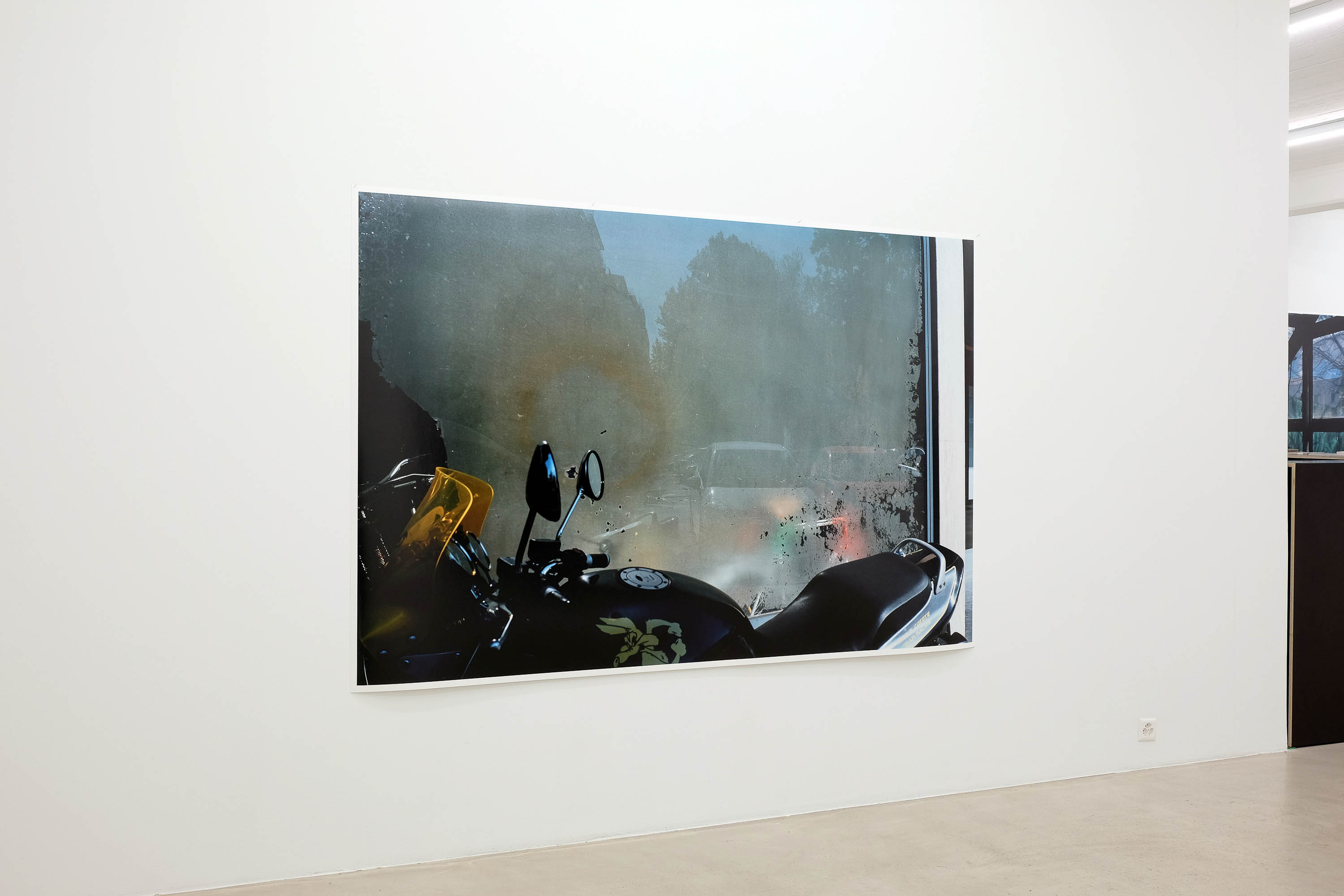 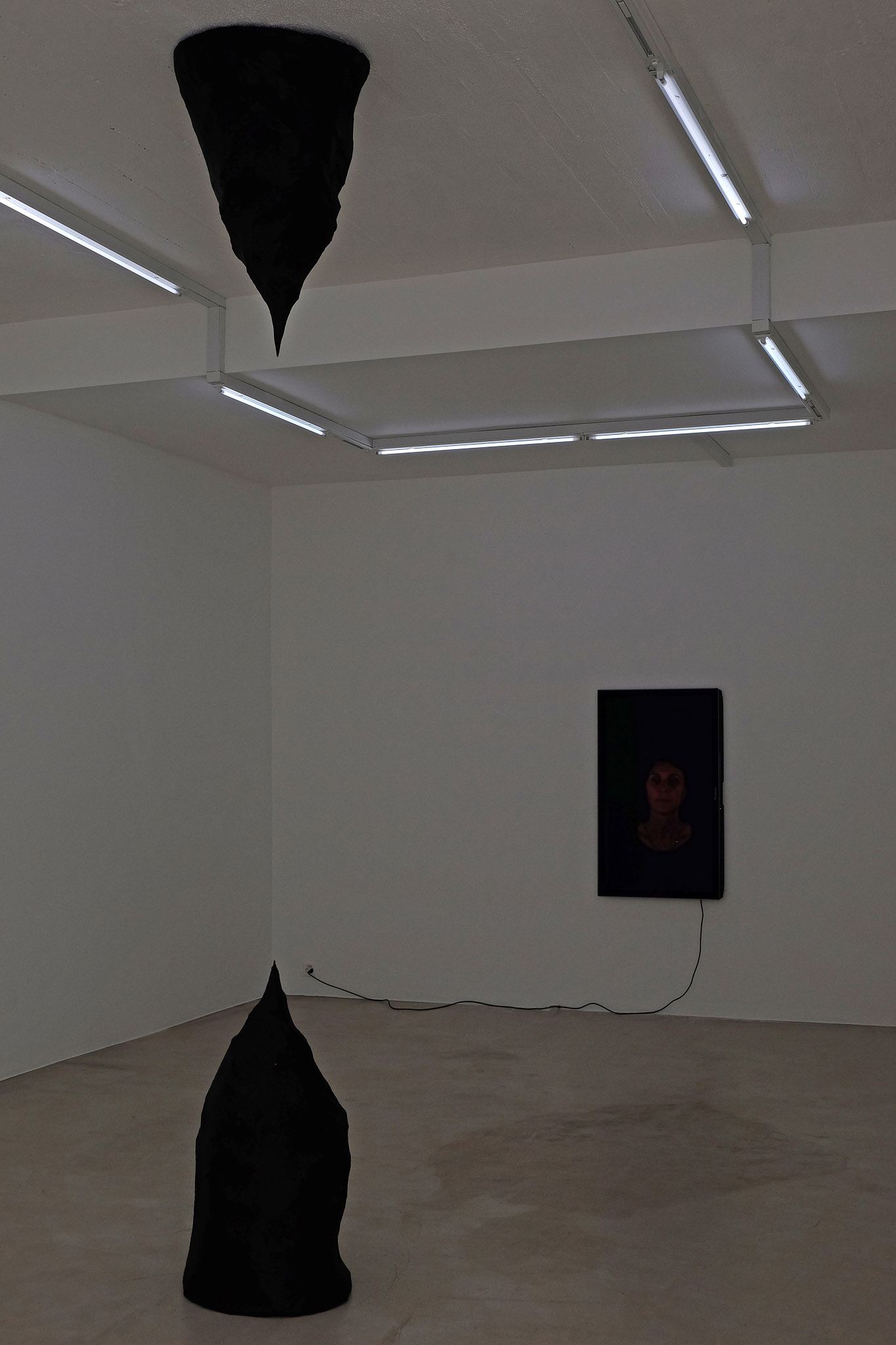 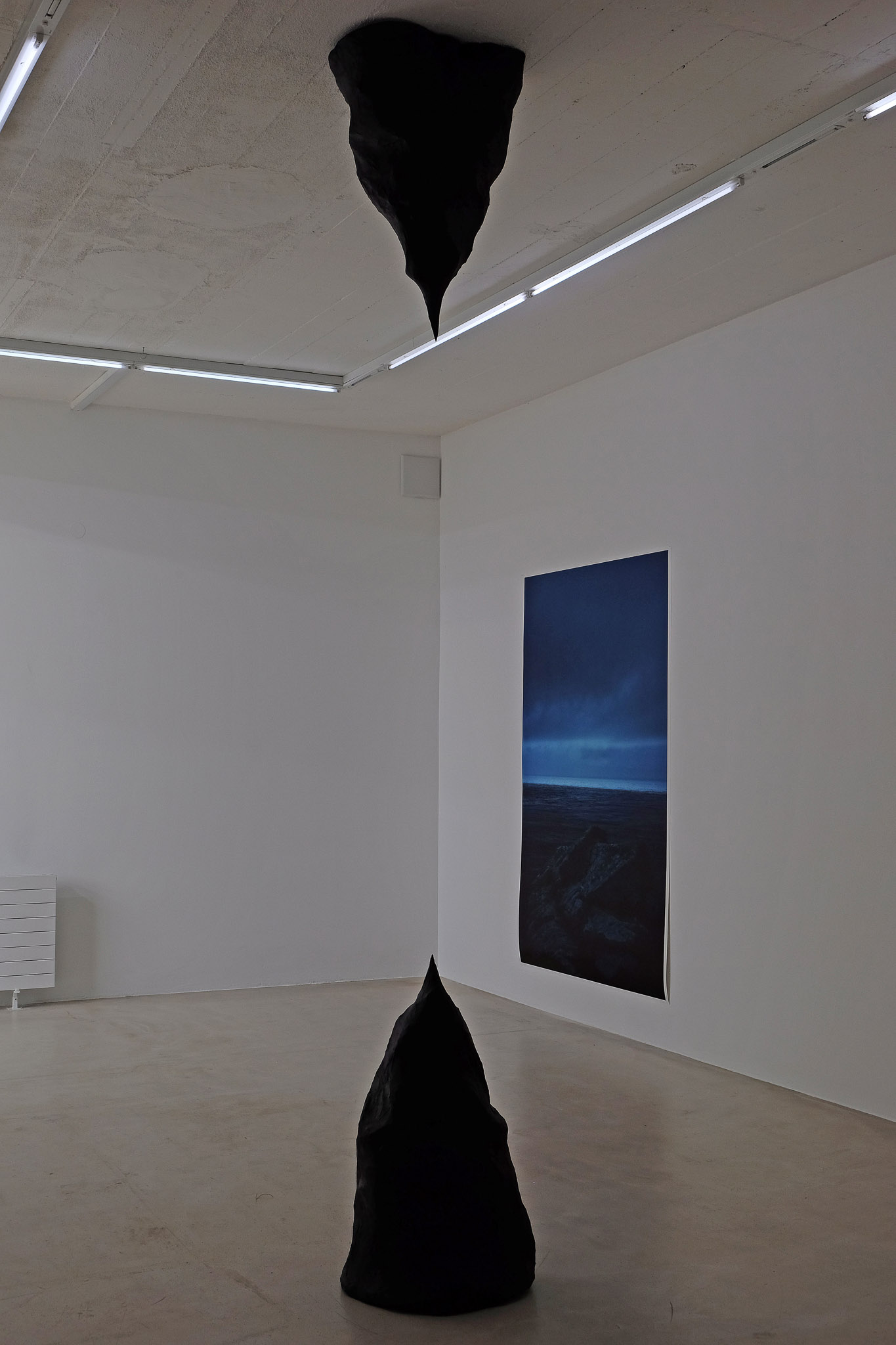 I come from the other side

The artist Claudio Moser has been invited to put together the 2017 summer exhibition at the Mauvoisin dam and the Musée de Bagnes in Le Châble. This past winter he mentioned that he would like to visit the valley and tour the dam. Completed in 1958 and later heightened in 1991, this imposing concrete structure never fails to impress. The top of the dam’s 237 m-high wall has served each year since 2001 as the venue for a photography show. Below the artist talks about his work and the show with the exhibition’s curator, Jean-Paul Felley.

Jean-Paul Felley – The wall of the Mauvoisin dam confronts the Alpine surroundings with a rather brutal face. Yet, unlike its close neighbor, the Grande Dixence dam, the arch construction of the Mauvoisin lends it a certain lightness. What were your first impressions when visiting the site?

Claudio Moser – Water, stone, dizziness, the jitters in having to interact with this immense thing through my work.

JPF – I asked you to elaborate two distinct projects, which you did. On the top of the dam, called the crest, a walkway runs 520 m; you decided to install twenty-eight photographs and two mirrors. How did you go about selecting the photographs from your body of work?

CM – In my studio I wrote down on a piece of paper the word energy. That key word helped me to make a selection in my corpus of about 800 photos I’ve shot since 1977. I did an initial selection of some sixty photos. Then I built a model of the dam’s thirty panels so that I could play with the various possibilities of arranging and contrasting the pictures along the walkway. Which image comes after which? It’s like a movie in space and viewers are the motor. They move from one image to the next. To make the final selection, it was important to find links between each photo and the others. Those connections have to spark a desire to discover what is going on in the next panel, but there also has to be breaks in the series, where viewers wonder about the reason why an image is at this precise point. I hope questions arise at those little moments without any precise direction.

JPF – These photographs were shot between 2006 and 2016. Originally some are vertical and others horizontal. So you decided to reframe them to the dimensions of the panels imposed by the project. Those reframings reveal new compositions. What role does the framing of the image play in your work?

CM – It wasn’t easy reframing my images. At the same time, it was a chance to discover new aspects and possibilities in a few of my shots. Occasionally I even wondered why I had framed certain photographs in one way and not differently. That exercise in framing the image will probably have an impact on future images. For that reason, I wanted people to be able to compare in the catalogue the original framings with the options chosen for the show. People can then realize just how much a certain way of framing an image can transform it.

JPF – Six images are in black and white while the others are color. In your work, you frequently alternate between these two techniques. How do you see them?

CM – The choice of color or black and white allows me to accurately capture the subject, light, and atmosphere. The two possibilities broaden the spectrum.

JPF – The black-and-white photograph Pellicano, which you shot in 2014, is emblematic of your work, where the urban milieu and the landscape intermingle. We see, for instance, an empty parking lot showing black totemic parallelepipeds standing out against an Alpine background. Time seems suspended beneath a radiant sun. What are you looking for in your photographs, which are often suffused with silence?

CM – I am looking for the void. A void in which viewers can get their bearings in its space. The void weaves the connection. Without that void, viewers are overwhelmed by the image. A dialogue can’t take place.

JPF – Two mirrors are included in the series of fifteen panels and their thirty front and back faces. Your wish to make those mirrors a part of the series came very early in the project. Why did you make that choice?

CM – The idea of the mirrors came to me during my first visit to the site. I wondered how I could be accurate with regard to the place, how I could integrate it in my work and create a dialogue with my images, which obviously come from the past. The mirrors make it possible to integrate the present.

JPF – The two shows also have a title in common, I come from the other side. What does that title mean for you?

CM – The title opens up both sides of Val de Bagnes. It sets up a story in which you decide to place yourself on the left bank, right bank, south or north of the dam. It also brings in my position as an artist who comes from someplace else and is reacting to the location of the dam and the museum. The origin of the title is a song by Mari Boine, a Norwegian singer of Saami extraction. Her music brings together joik, traditional Saami singing, and electroacoustic sounds and melodies.

JPF – Twenty kilometers further down, in Le Châble, stands the Musée de Bagnes, located in a presbytery. It is a museum that is completely the opposite of the classic white cube. One of the galleries even boasts 17th-century frescoes. What were your initial feelings when you discovered the museum?

CM – A feeling of respect and stress. How am I going to integrate my work in a place that is filled with history? In the end, it was the museum with its strong character that made the selection of works. The museum encouraged me to create new works in connection with its architecture and atmosphere.

JPF – Several of the works making up the exhibition in the museum were indeed done for this show. What options did you choose for an exhibition that echoes the region?

CM – I first visited the dam with Bertrand Deslarzes, who is in charge of culture in the commune of Bagnes. He drove me from Le Châble to Mauvoisin. As I discovered the landscape, I asked him lots of questions about the Bagnes valley. Among other things I wanted to know if there were tales in the region. When we got back, he gave me [a collection of local tales and legends called] Les veillées des mayens, in which I chose Le coq de Cries [The Cock of Cries] and made it into a video, which I shot around the village of the same name, Cries.
The region also made me want to work with stones and water, solid and liquid, two elements that are very much present in the valley. During my first visit, I picked up a few stones near the dam so as to have in my studio a source of inspiration linked to that site. A bit like with the mirrors, I thought it would be interesting to have a stone from the Mauvoisin site in the museum, which tells the story of that upper landscape. But the stones, with their unpolished surfaces have a rather introverted look about them. They don’t want to speak up. I decided to have one of those stones plated in chrome. Surprisingly it was technically possible.
On 9 December 2016, with the chrome-plated stone in my backpack, I walked around the Mauvoisin lake with the mountain guide Jean-Louis Troillet. Every now and then, I would pose the chrome-plated stone in the landscape to photograph it, but also to expose it to the surroundings. I wanted its shiny surface to absorb and photograph in a way the silent wintry landscape. A sound installation of the waterfall that feeds into the lake at Mauvoisin pretty close to the dam is another echo of the region.
In the initial space, on the right when entering the museum, visitors will discover the chrome-plated stone and then, in the second space they will hear the sound of the waterfall. To highlight these two elements, I really wanted to separate them. First the image and then the sound. After which I included the lower part of the Bagnes Valley by shooting portraits of the water of the Dranse between the dam and Sembrancher.

JPF – So visitors begin by discovering a sculpture, then they perceive a sound, before they come face to face with a video piece. Further on in the show’s layout, they will even find themselves standing before paintings. Although you are recognized for your work in photography, you also create works using other techniques. What is the importance of these other art forms to your work?

CM – Everything is basically photography in my work. The origin is always some everyday situation, something that catches my eye, my ear, that touches my emotions. With the help of a still camera, a video camera, a microphone, paint, or the kinds of materials used for tinkering around, I try to both save and make visible that moment that struck me.
Recently, while I was biking along the shore of Lake Geneva, between my studio and my apartment, I saw an English woman sporting an apple-green and pink suit. The combination of those two colors struck me. That shot stuck in my memory until I did a painting in those colors. Now the image is set down, fixed. I haven’t given it another thought.

JPF – You have also had some photographs printed on cloth. What led you to choose that support, which lends them a different materiality?

CM – The reason for that choice was dissatisfaction with photographic paper. The information is always on the surface; there is no connection with the paper. For that reason, I began to do photoengraving and other photo-based engravings. I was looking for a solution so that the information was also in the support. Around 2005, thanks to my wife, I discovered the photographic prints on cloth done by Jean-Paul Gaultier. Those fabrics were produced by several firms, including Jakob Schlaepfer in St. Gallen. I got in touch with them and, very generously, they agreed to produce the printed cloth using my photos. For each image, I chose a different fabric with specific textures and stratifications. I was looking to see how the difference of the supports affected the depth of the image.