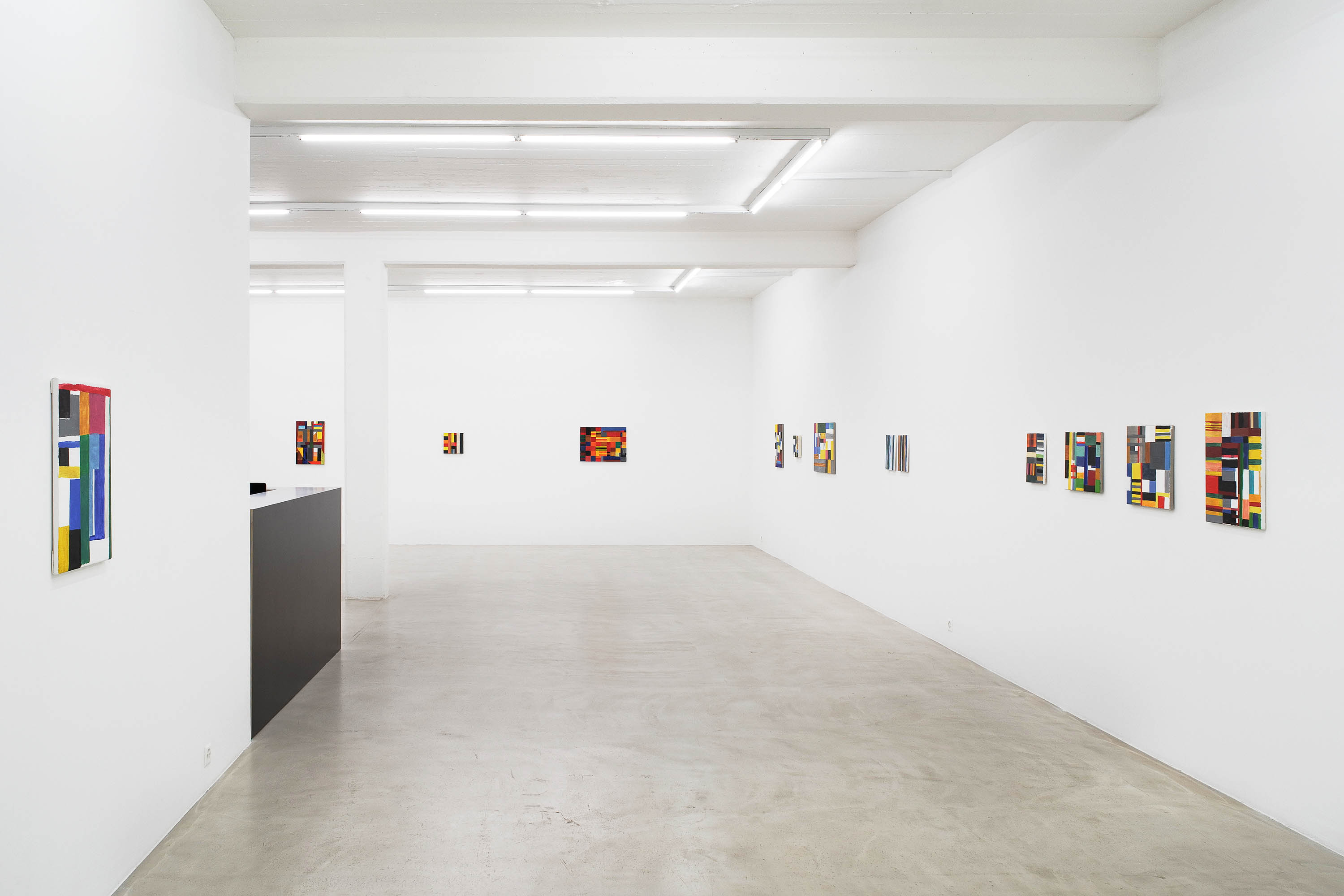 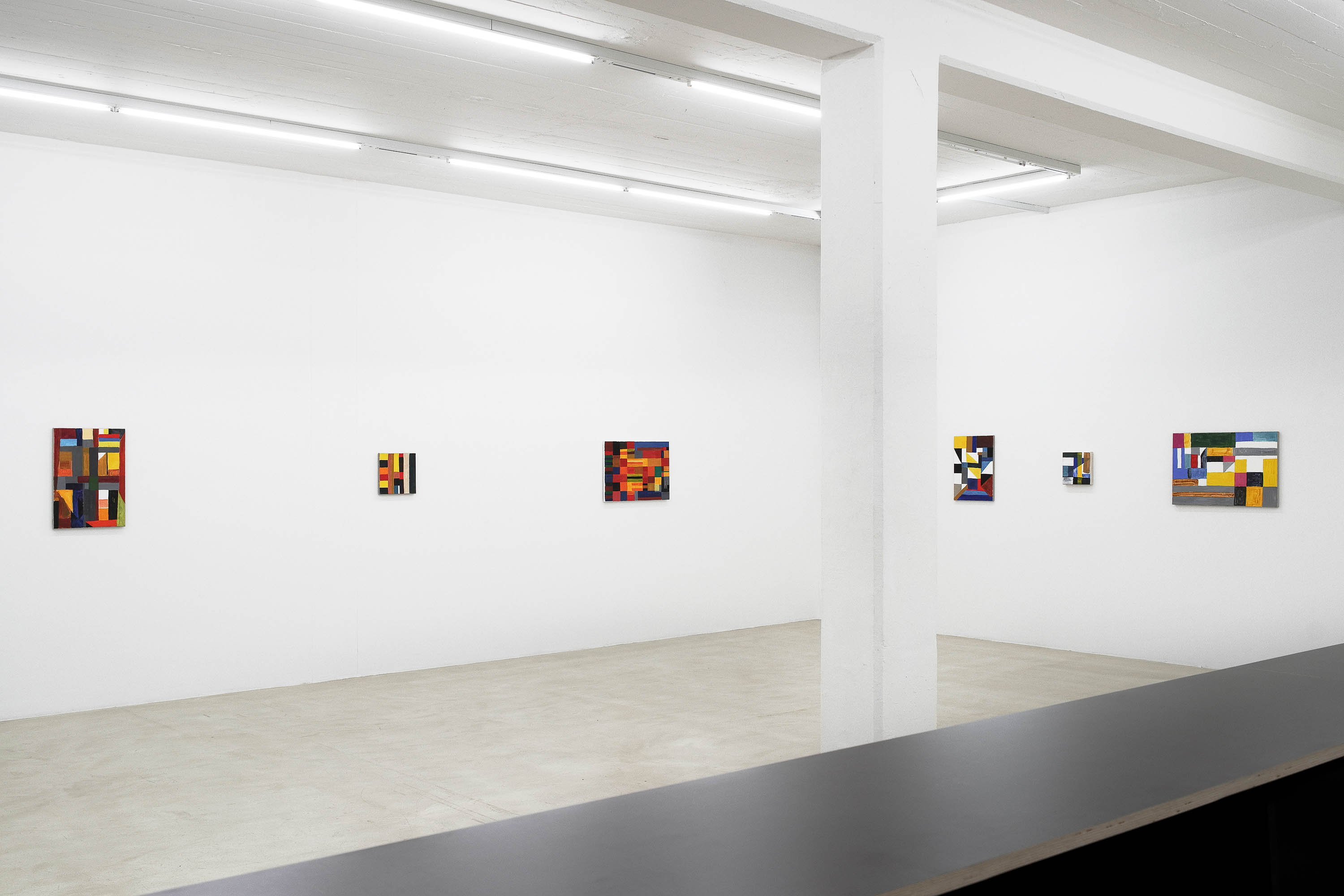 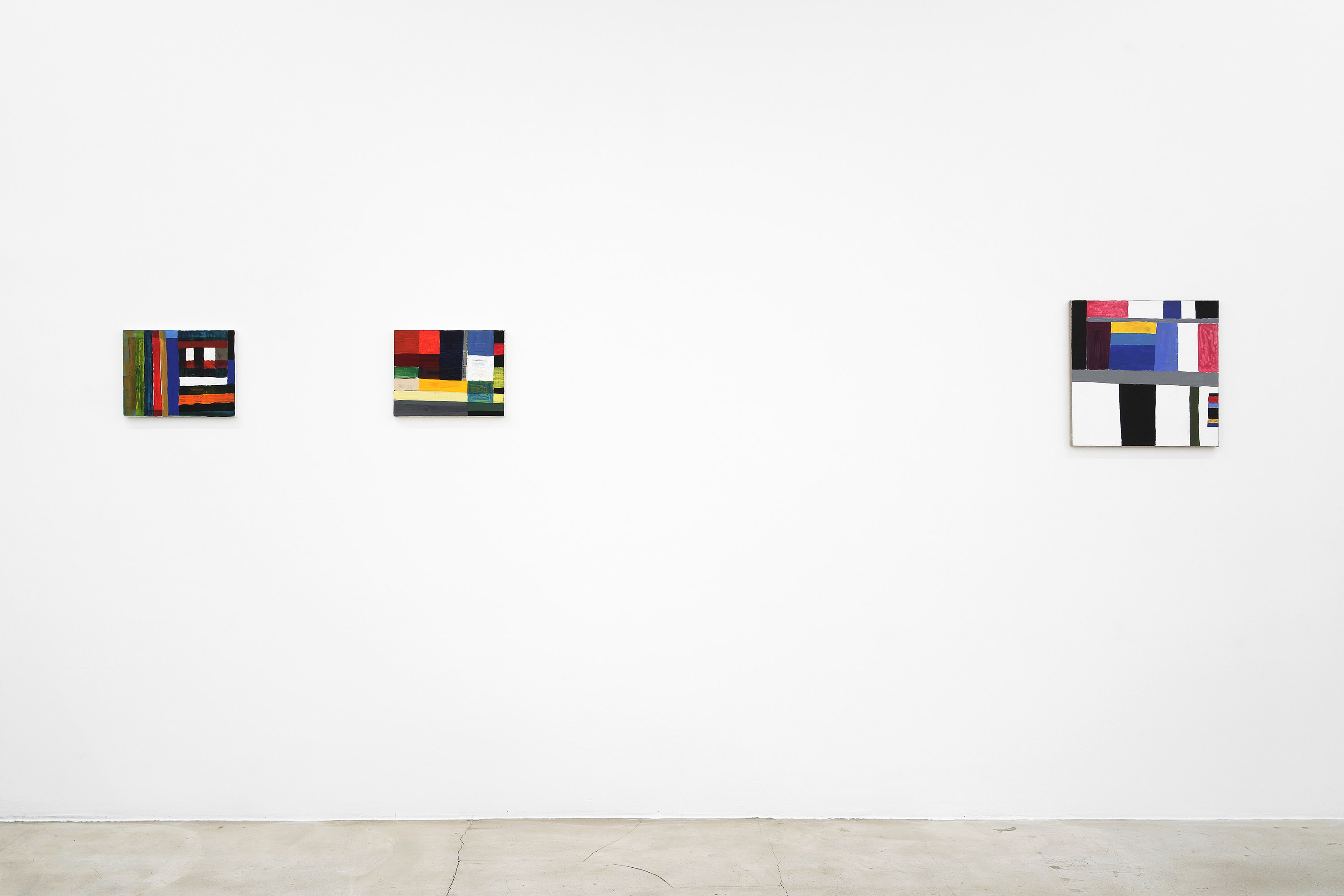 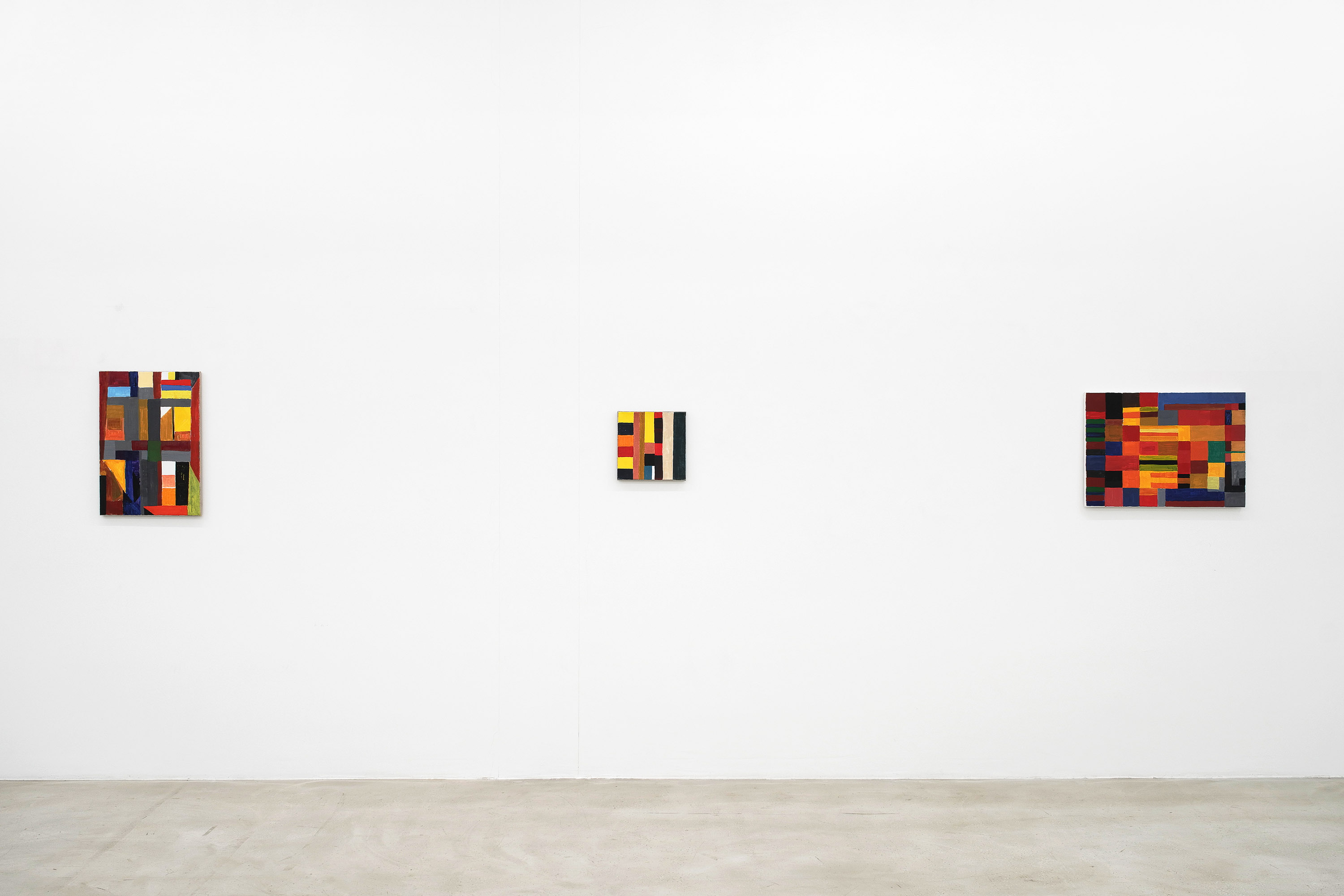 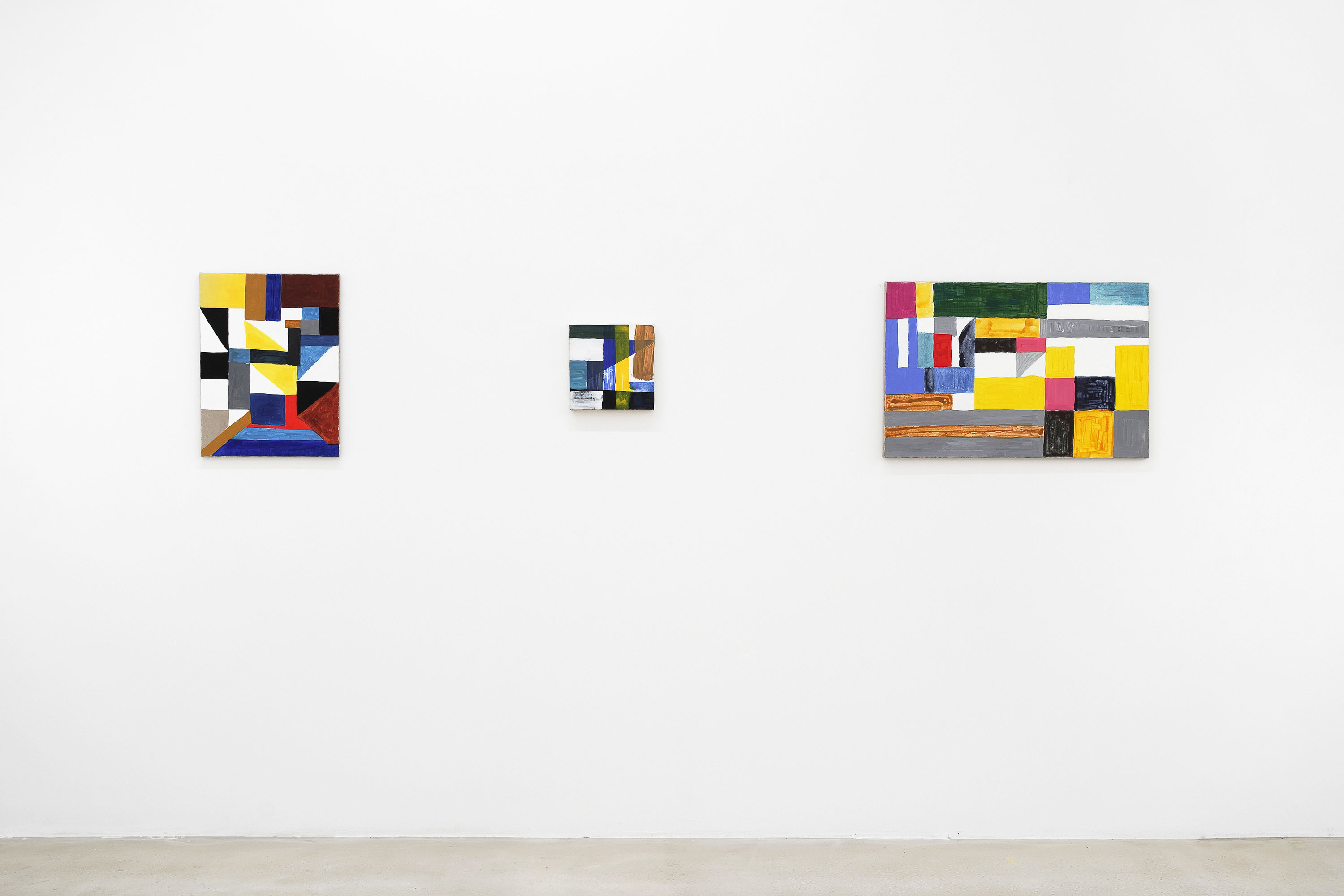 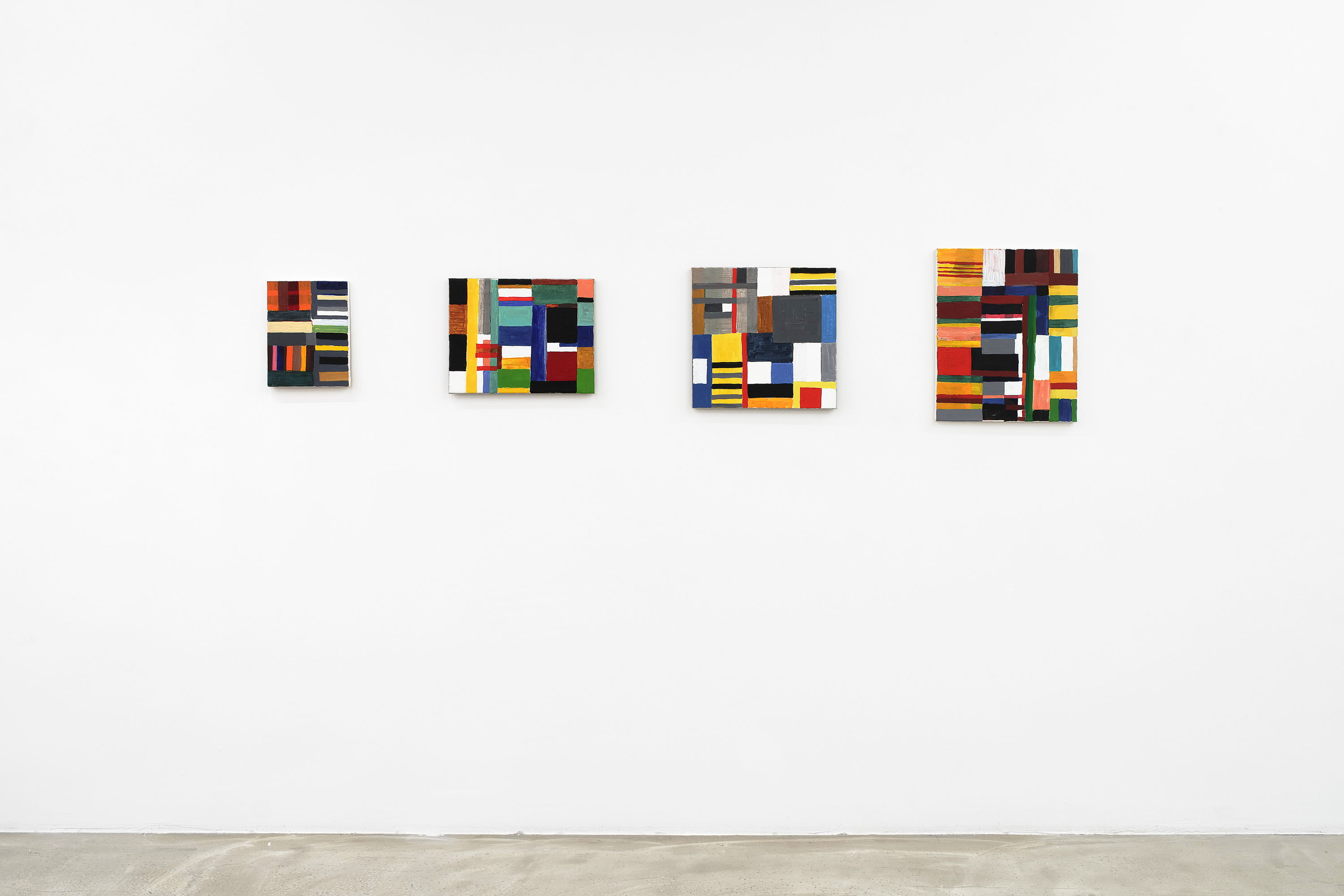 In the act of heaping up salt into pyramids, some grains fall down; things come into being and the next minute they are gone. No salt mound is ever the same though the activity of constructing it may be similar. Memory remains to be recalled and drawn upon.

The frequent improvisations of an artist can become predictable, but for me the resolution of a painting is never known beforehand. I favour apparent simplicity alongside discovered complexity: this is vital. To make the right decisions, at any point in the rhythm of building up the heap, could mean having to stop the conversation mid-flow. Dzedodo - (translates from Ewe as conversation).(1)

Many of the paintings in the exhibition are a result of a decade of working on both the African and European continents and in the USA. To make the right choices in painting could entail an abrupt end to the conversation. Striving for the perfect fit, when all of the elements have their place, mirrors the struggles of living.

There is always time for dialogue, and enjoyment.

(1) - Ewe is the language of the Volta Region in eastern Ghana, and parts of Togo and Benin Republic.