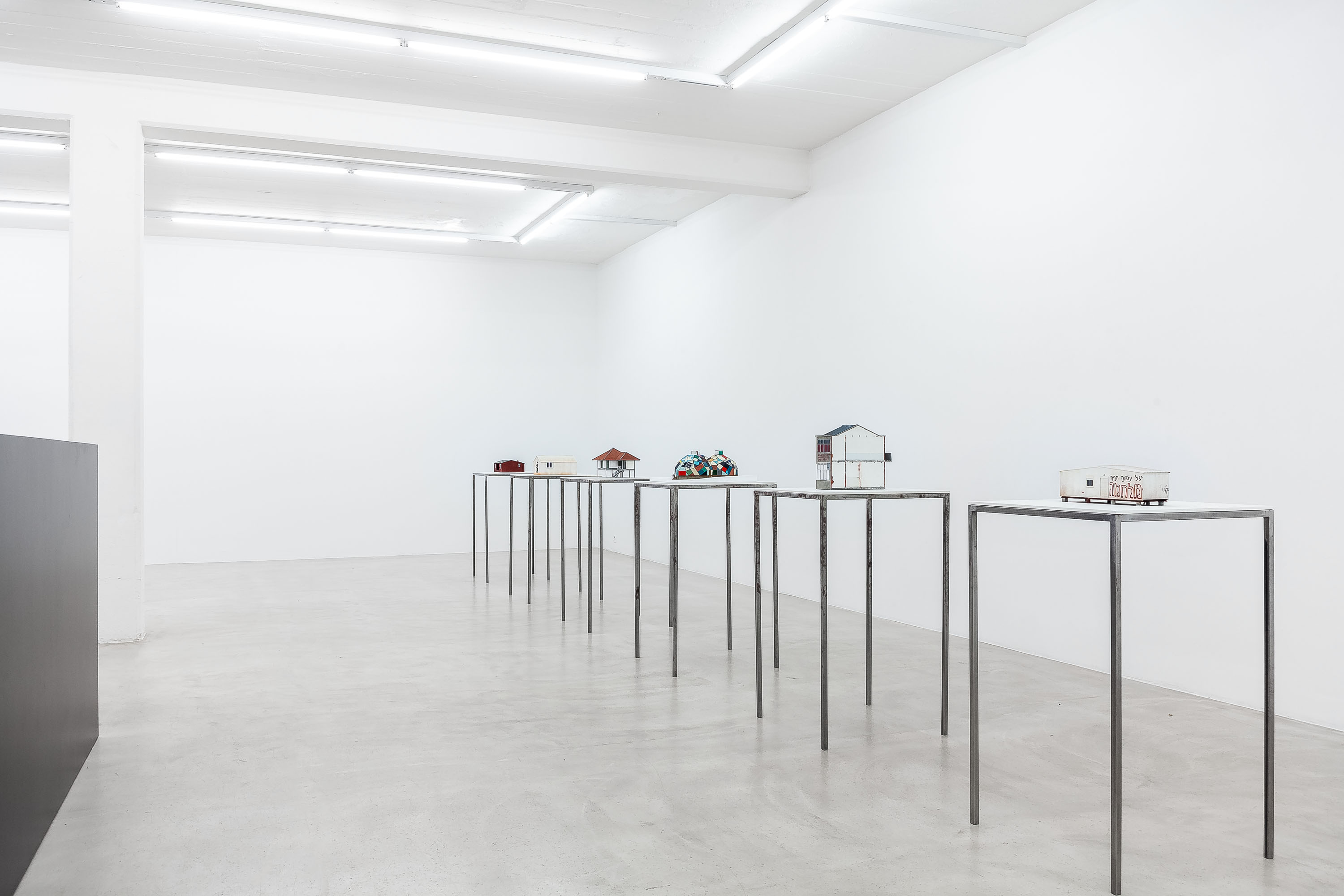 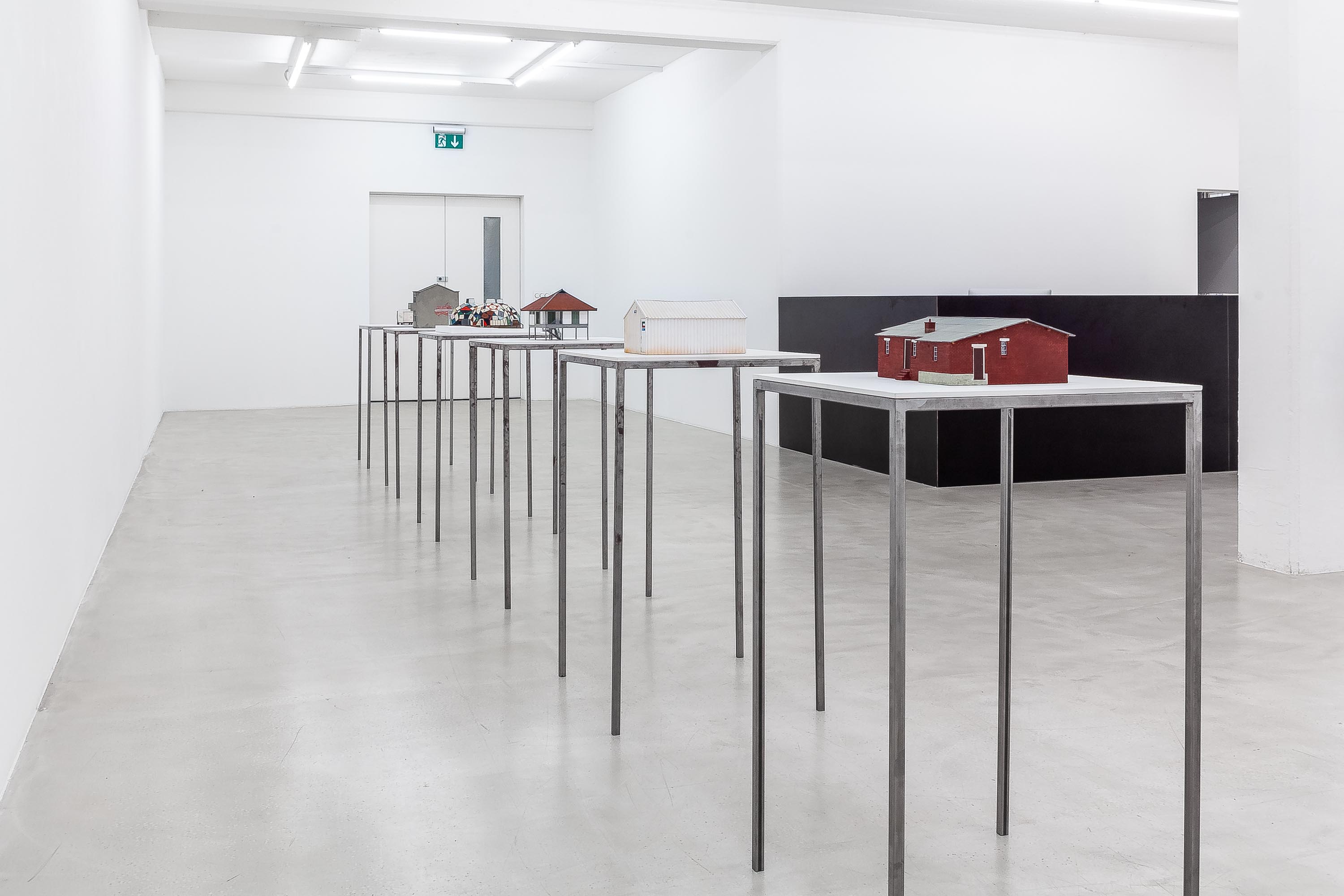 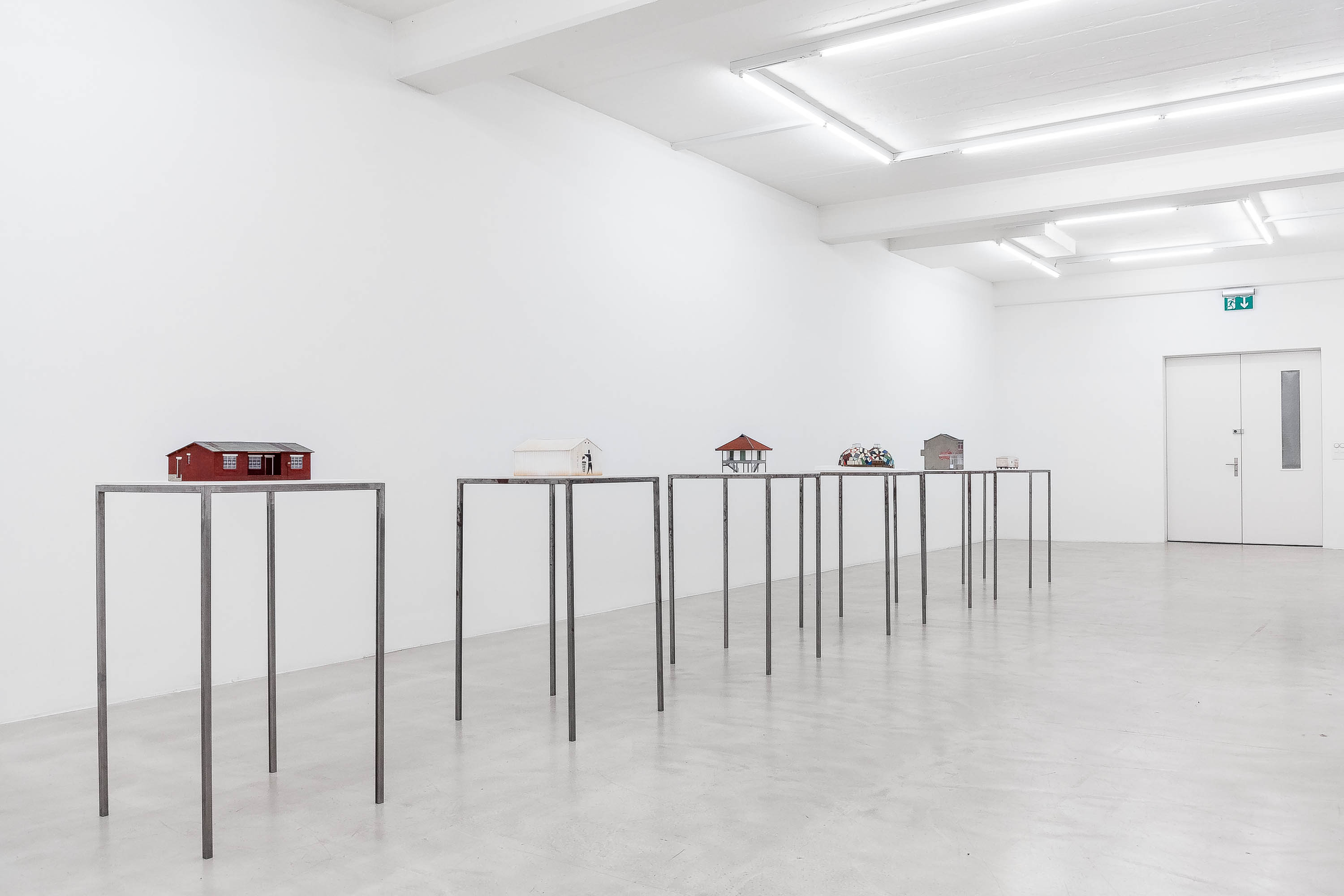 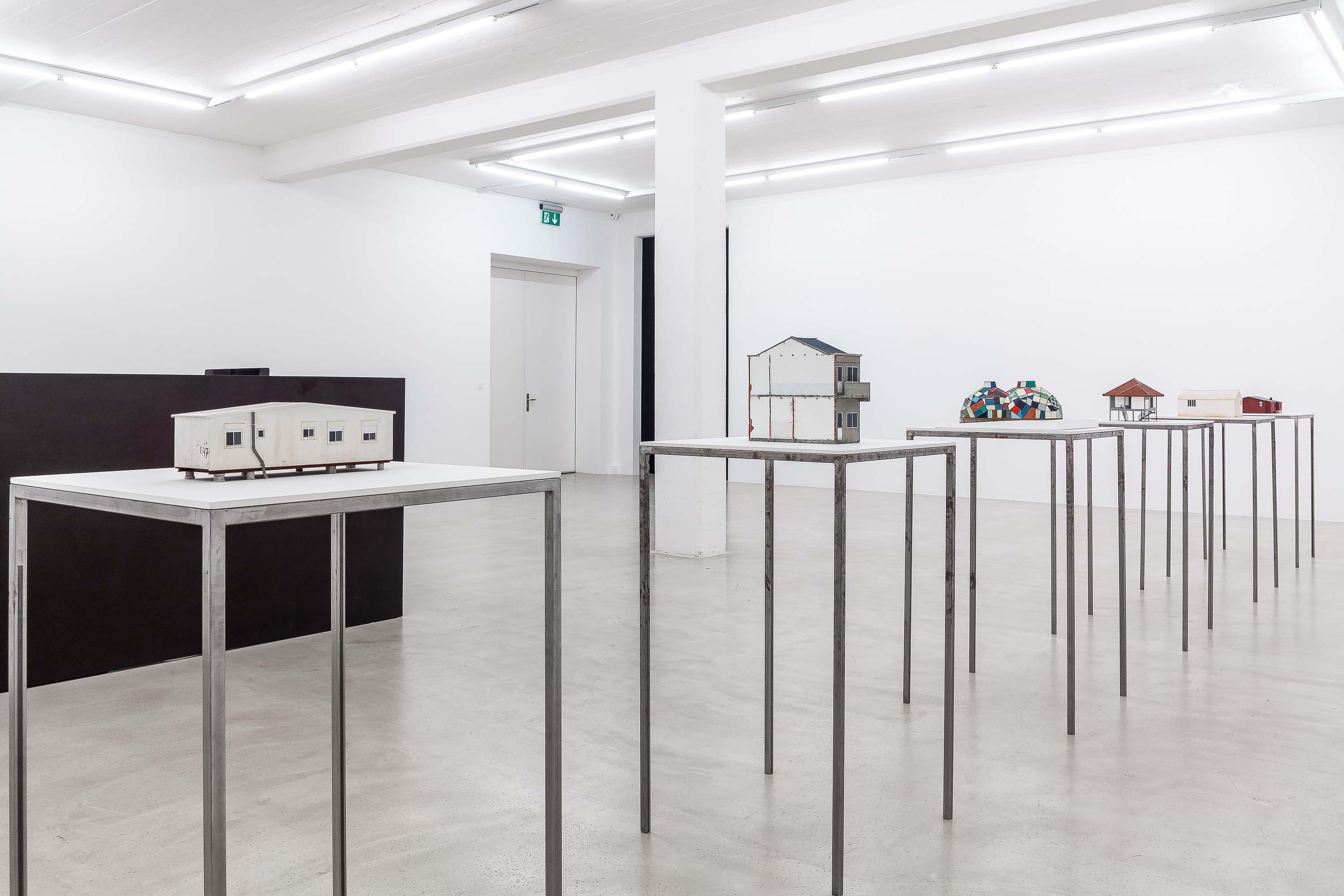 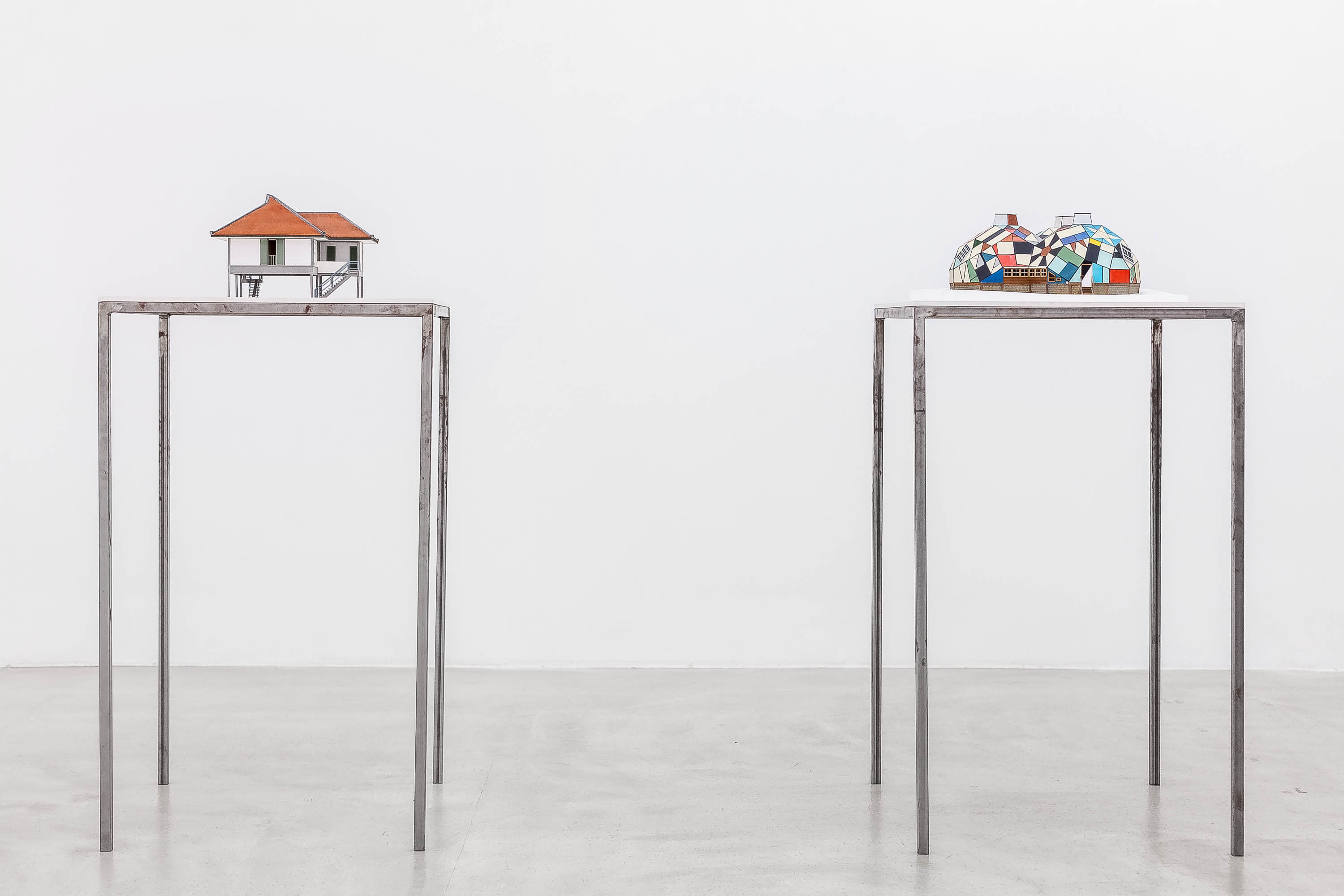 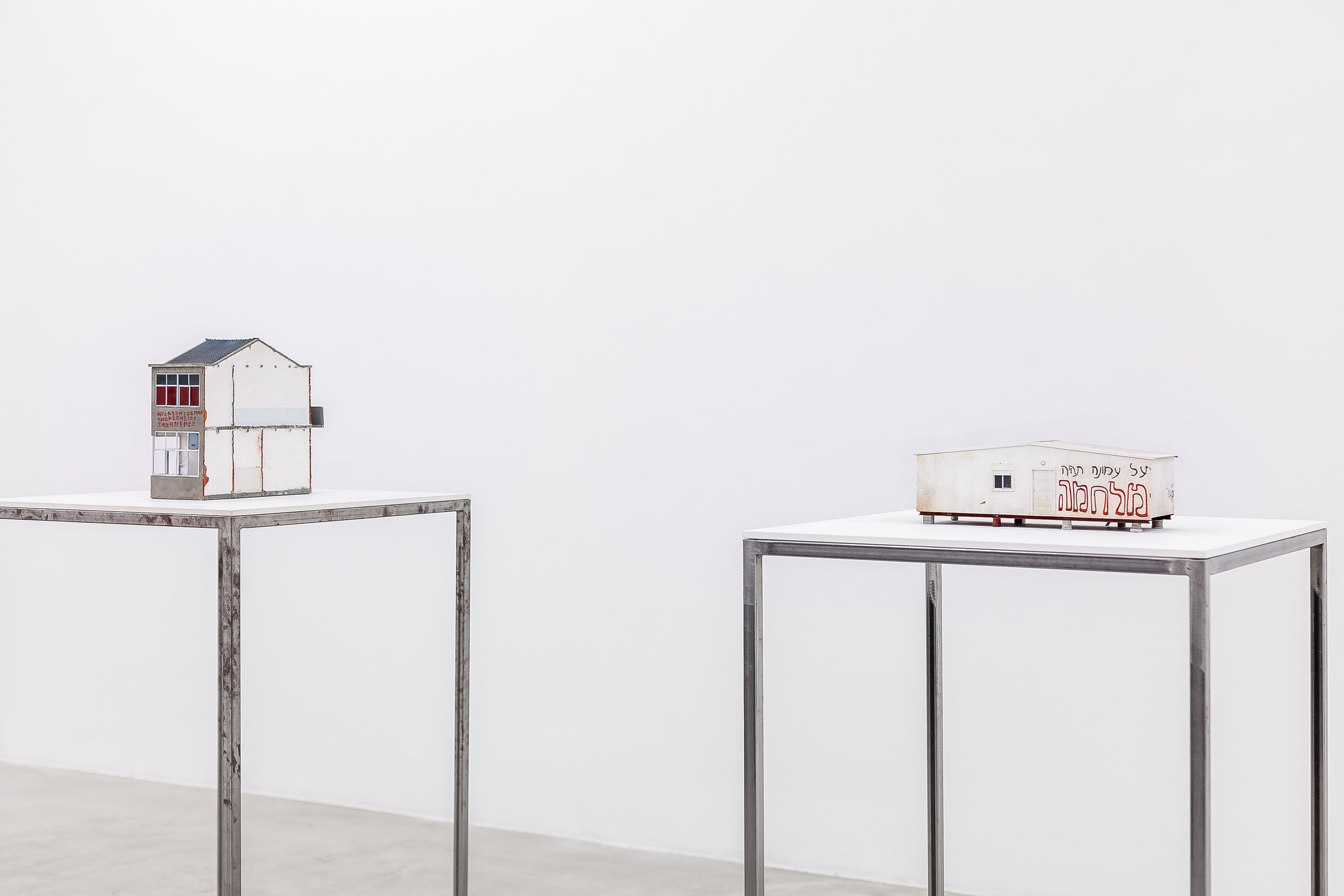 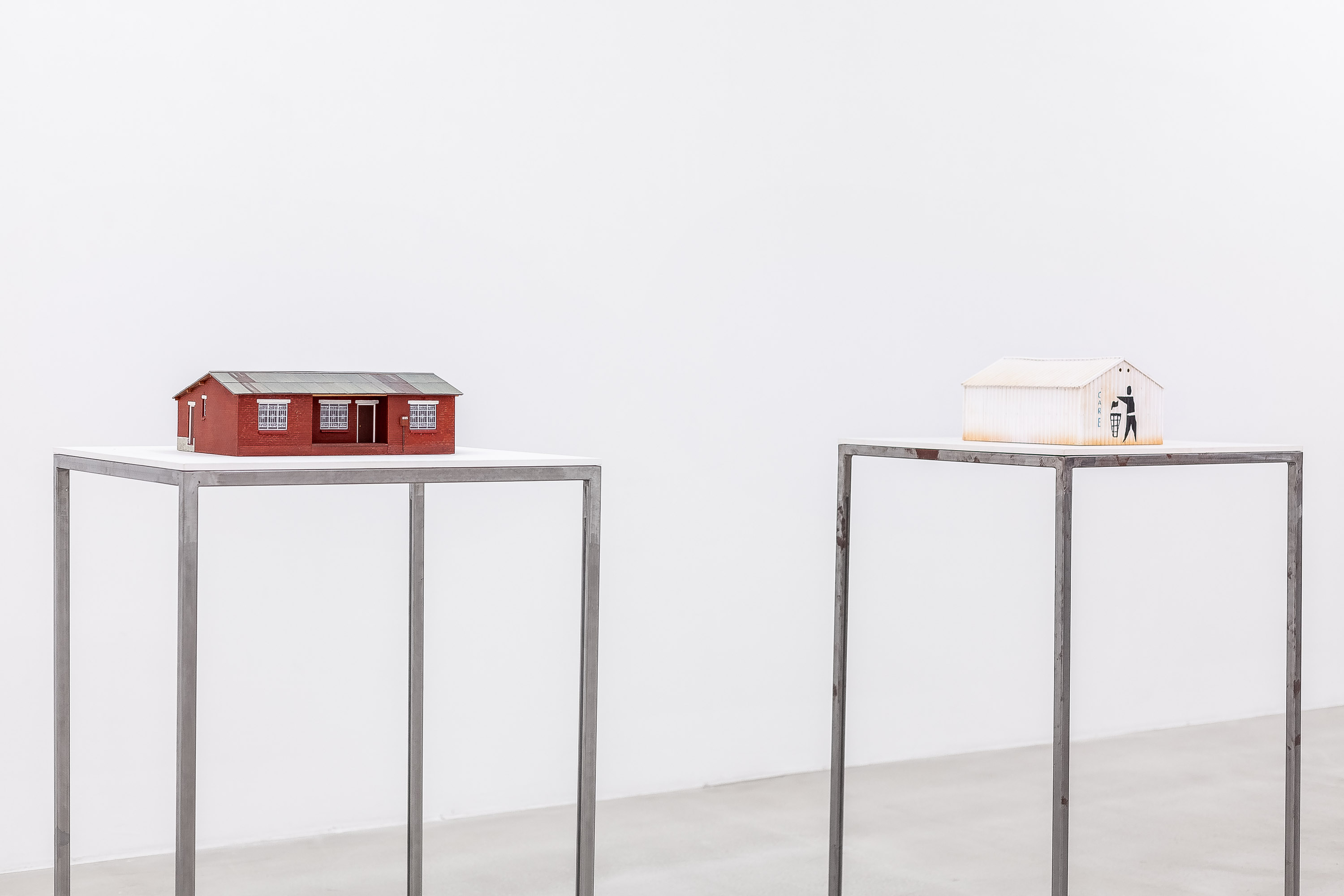 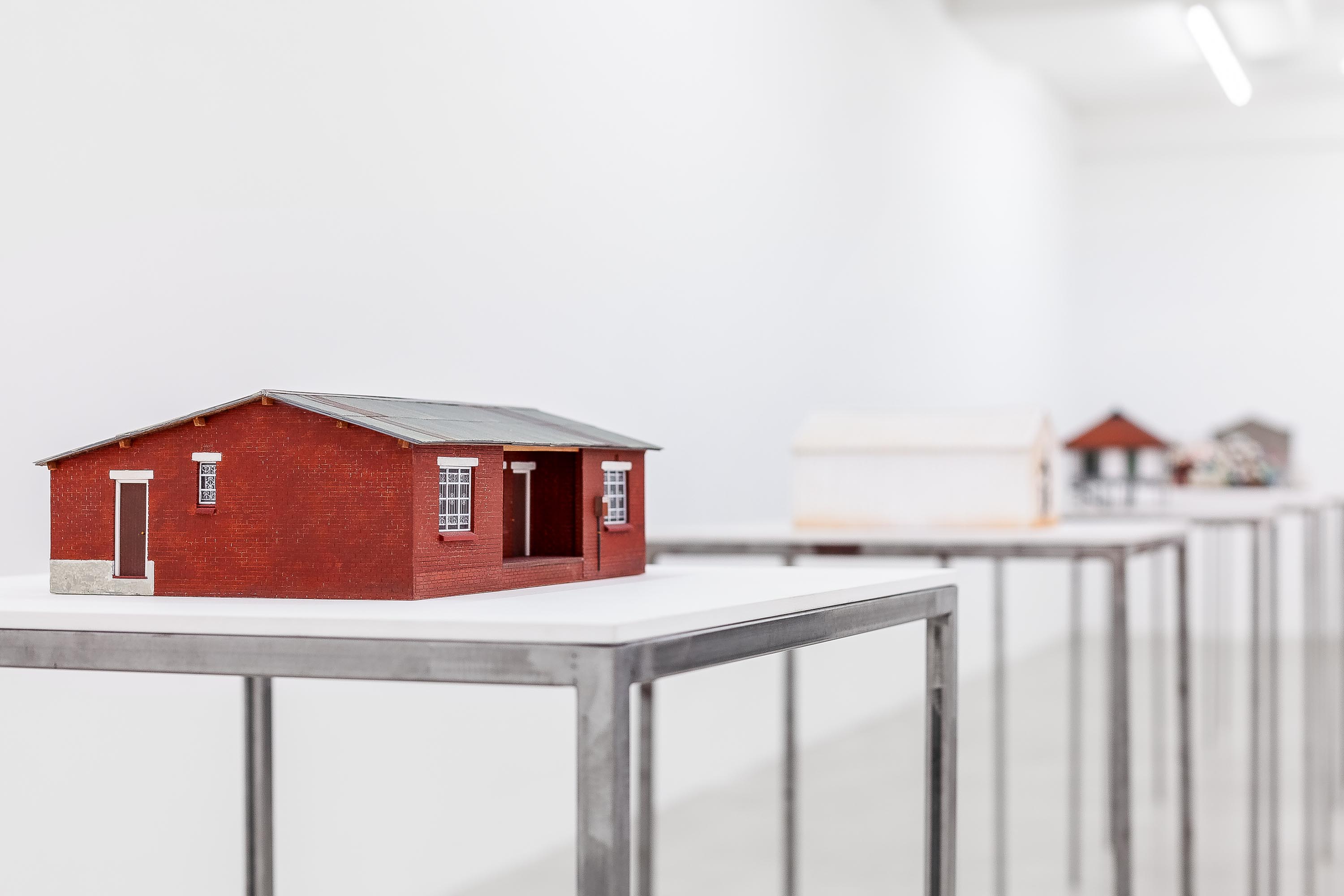 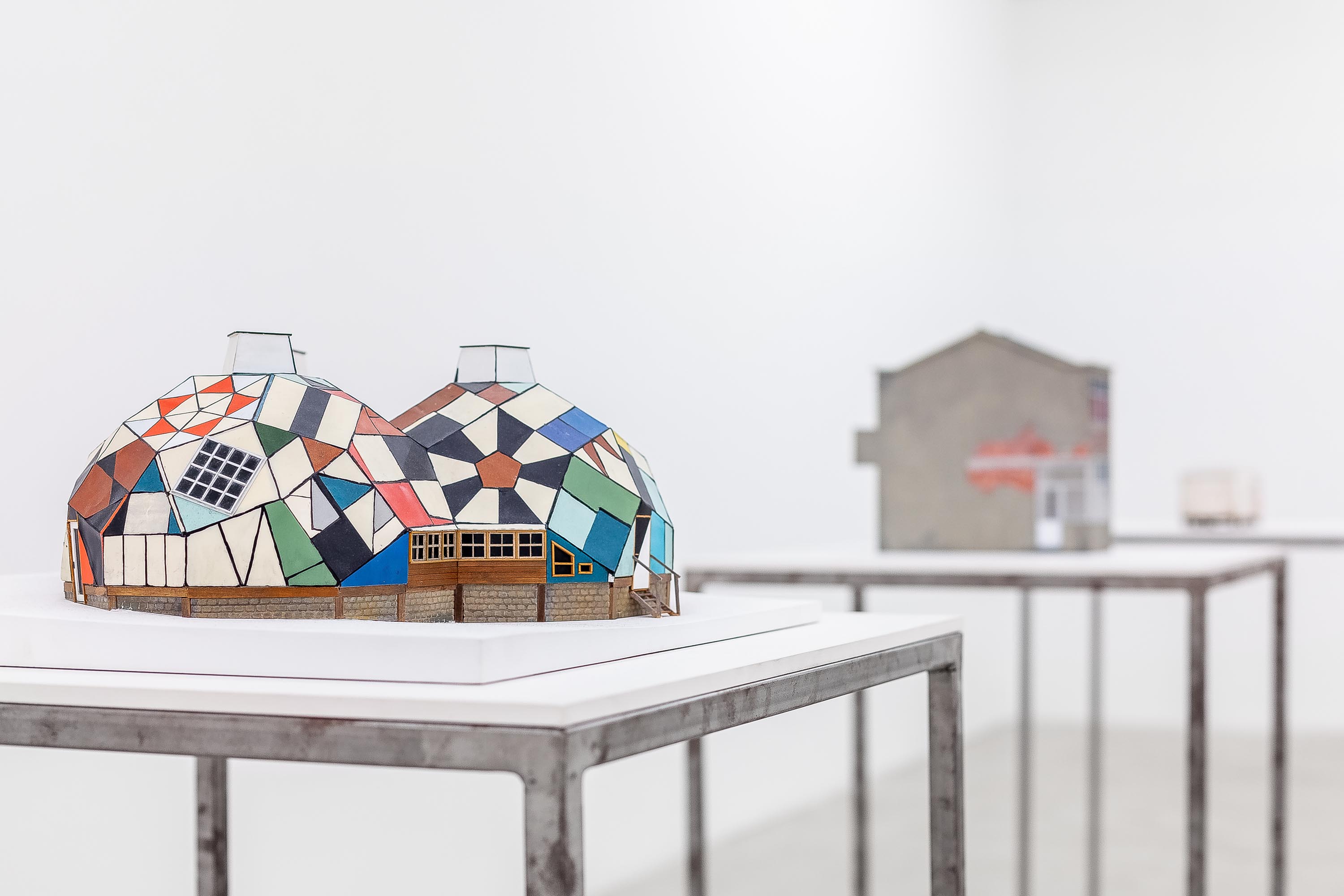 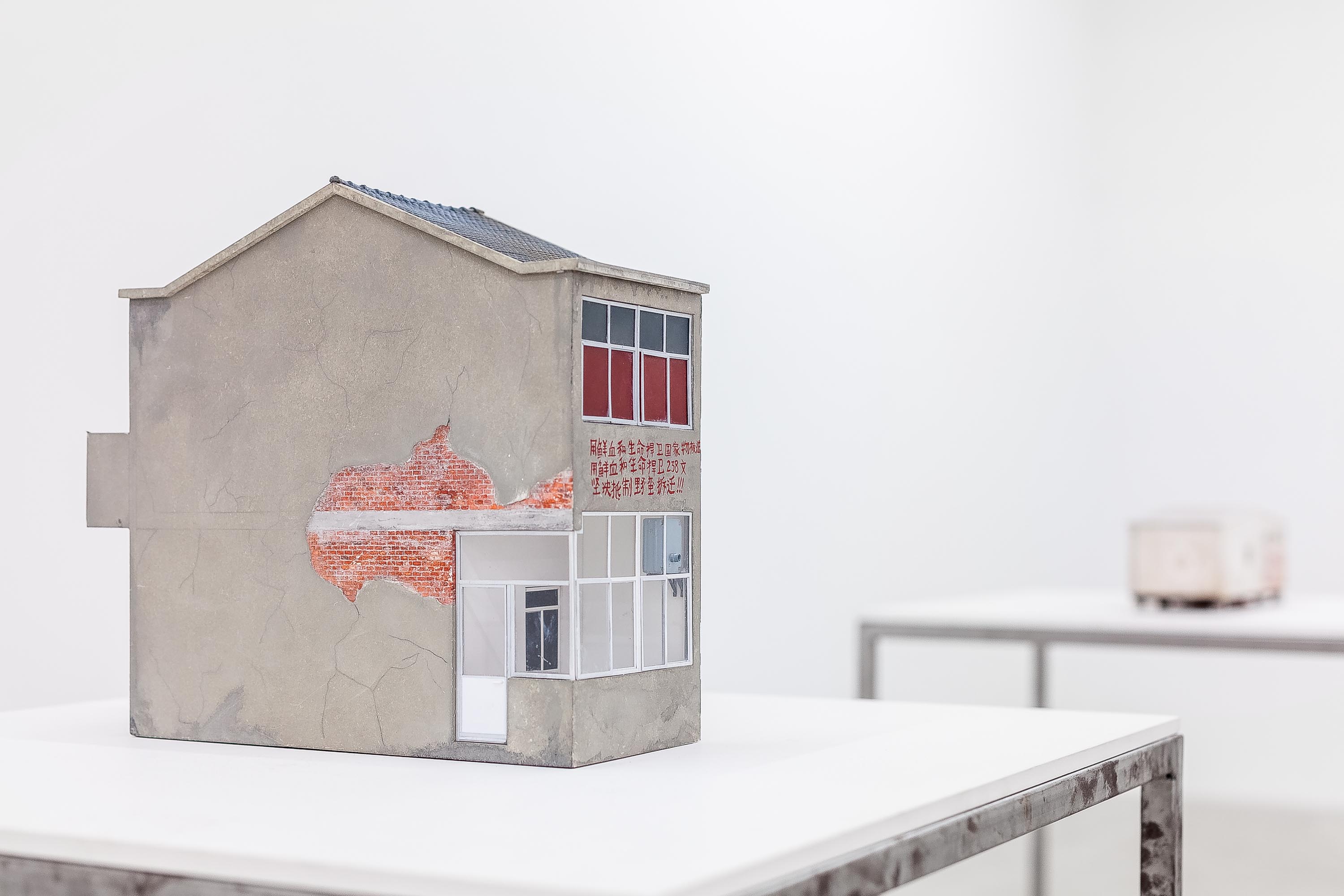 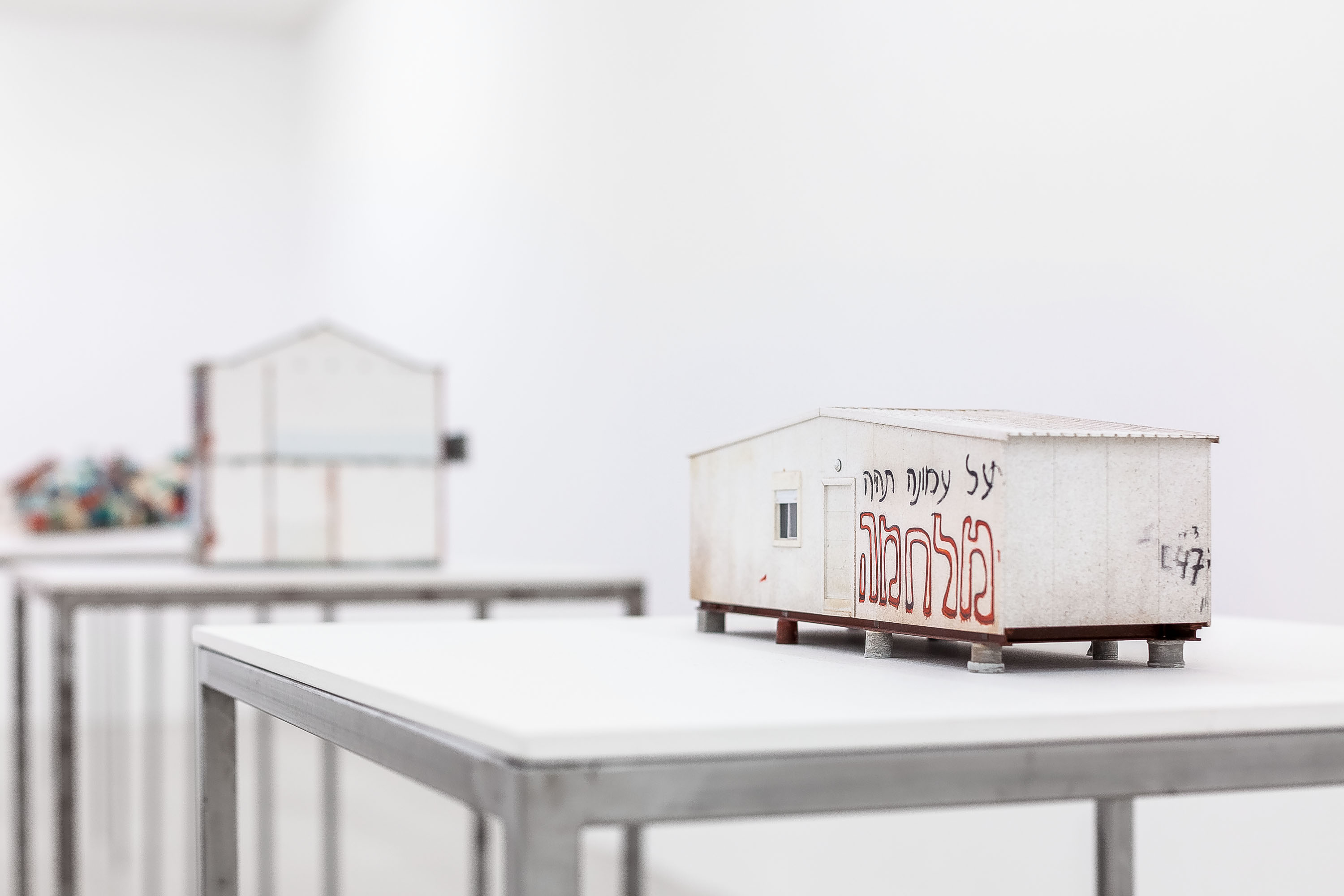 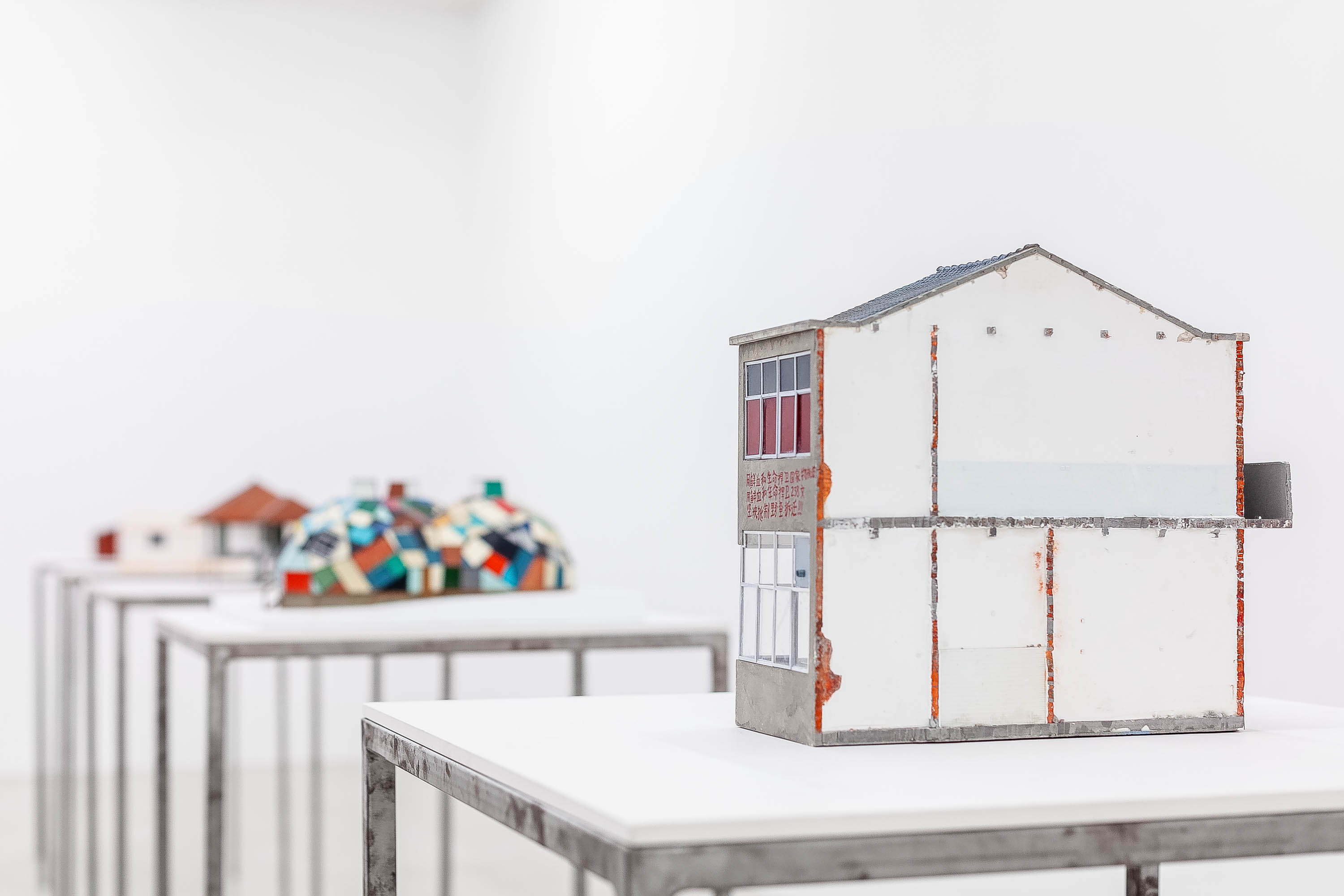 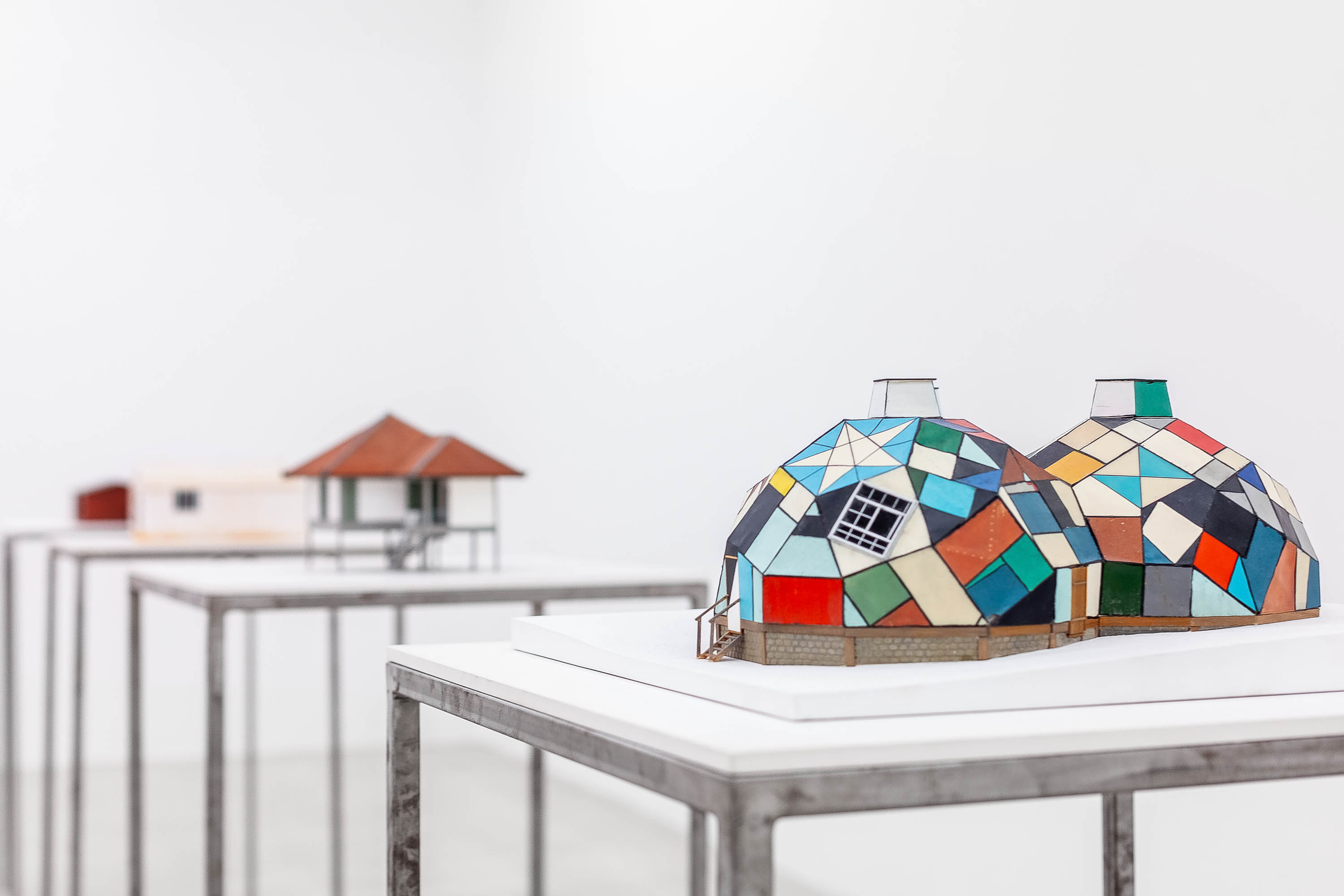 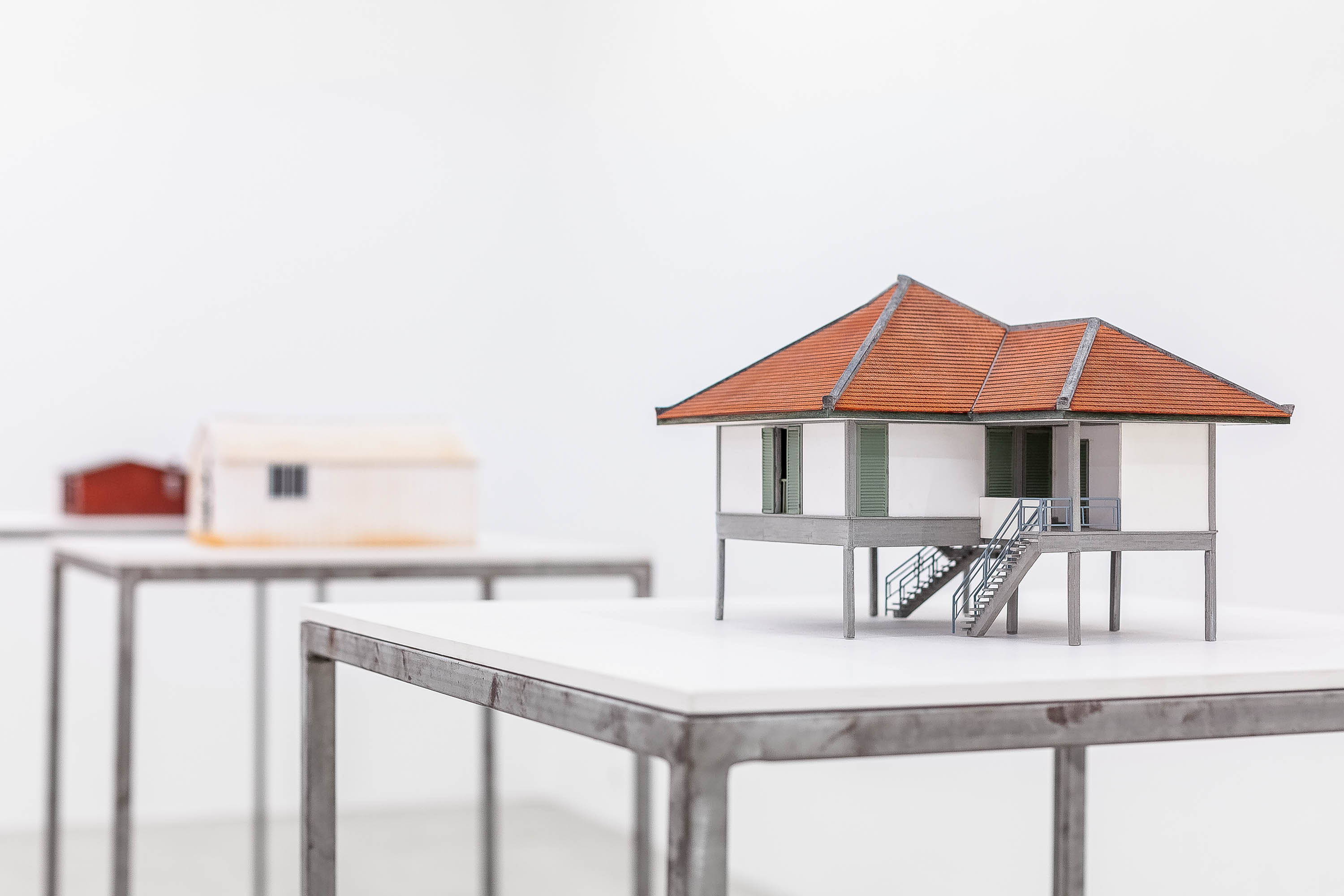 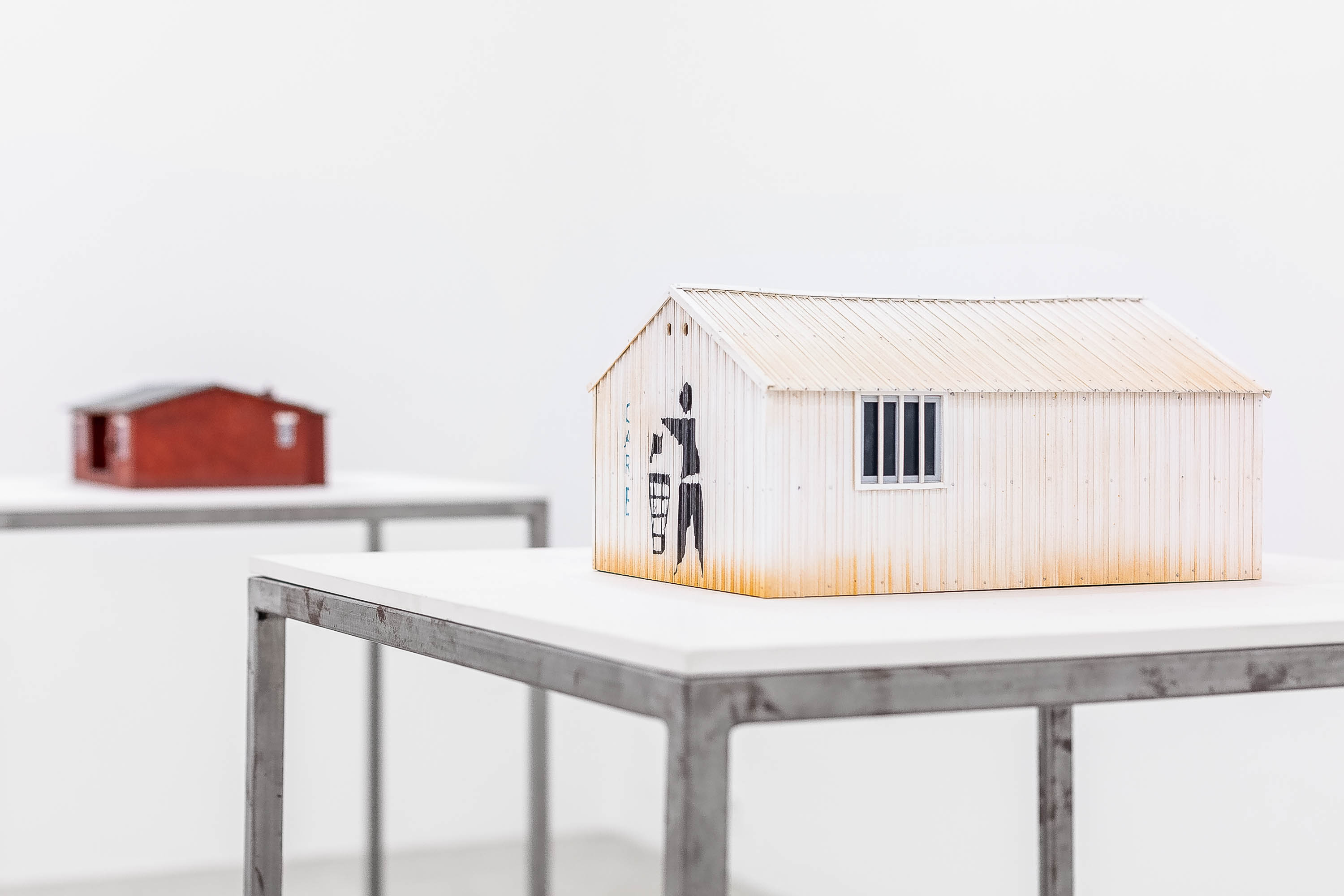 Nicolas Krupp is proud to announce a new exhibition by Berlin-based artist Peter Friedl. This is the artist’s sixth solo show at the gallery.

Report (2016) is the title of the paramount video installation produced for documenta 14 in Athens and Kassel. It is perhaps the cinematographically most complex among Friedl’s video installations, exploring the permeability of language and identity boundaries. The source text is “A Report to an Academy” (1917), Franz Kafka’s short story about the ape Red Peter’s becoming human—a famous, often overinterpreted parable about assimilation and mimesis. Seemingly conform with classical dramatic theory, the only setting is the empty stage of the National Theater in Athens, designed by German architect Ernst Ziller in the late nineteenth century.

More than twenty actors, mostly non-professionals, appear on the stage, alone or in pairs. They all recite by heart extracts from Kafka’s monological text in their own native tongue or a language of their choice: Arabic, Dari, English, French, Greek, Kurdish, Russian, and Swahili. German, the original language of the canonical Kafka piece, is deliberately absent. Uniting them all, besides Kafka’s text, is the actors’ physicality, the intentionality of their gestures, and the fact that they belong to today’s migrant populations, or rather, to the global community of men, women, and children in transit. Friedl’s film, doing away with subtitles, comes to life through the presence and charisma of the actors and through the precise and multi-layered editing.

With some omissions and variations, Report remains faithful to the original narrative throughout the fragmented polyphony of languages and gestures. Bodies, voices, geographies, social classes, personal and political stories coexist in a complex and highly suggestive tableau vivant.

The concept of the model plays an important role in Peter Friedl’s oeuvre. Rehousing, a series of works started in 2012, consists of true-to-scale models that reproduce historical, partly destroyed or never realized housing structures. As constructed living environments, they reflect history, politics, biographies, and ideologies in many different ways; they are “case studies for the mental geography of an alternative modernity” (Friedl). The laconic title of the series is reminiscent of the “Homelessness Prevention and Rapid Re-Housing Program” introduced by the U.S. Department of Housing and Urban Development in 2009.

Among the six models exhibited can be found a residential building from Vann Molyvann’s project of 100 identical houses built for employees of the National Bank of Cambodia in Tuk Thia, Phnom Penh in 1965–67 (101, 2016); a so-called “nail house” or dingzihu—a landmark of local resistance defying the Chinese building boom (Holdout, 2016); a dome from Drop City, the short lived hippie commune founded in Southern Colorado in 1965 and abandoned in the mid-1970s, which transformed Buckminster Fuller’s geodesic design principles into a DIY version (Dome, 2016); a container home from a refugee camp in Jordan (Azraq, 2016); Winnie and Nelson Mandela’s former home in Soweto, now transformed into a museum (8115 Vilakazi Street, 2018–19); and a model of one of the prefabricated container houses that made up Amona—the Israeli outpost in the Palestinian territories on the West Bank which was cleared in 2017 (Amona, 2018–19).