Opening Thursday, 10 March 2022, 3:00 pm, until 7 pm, in accordance with the Federal Council's guidelines on Covid-19 regulations 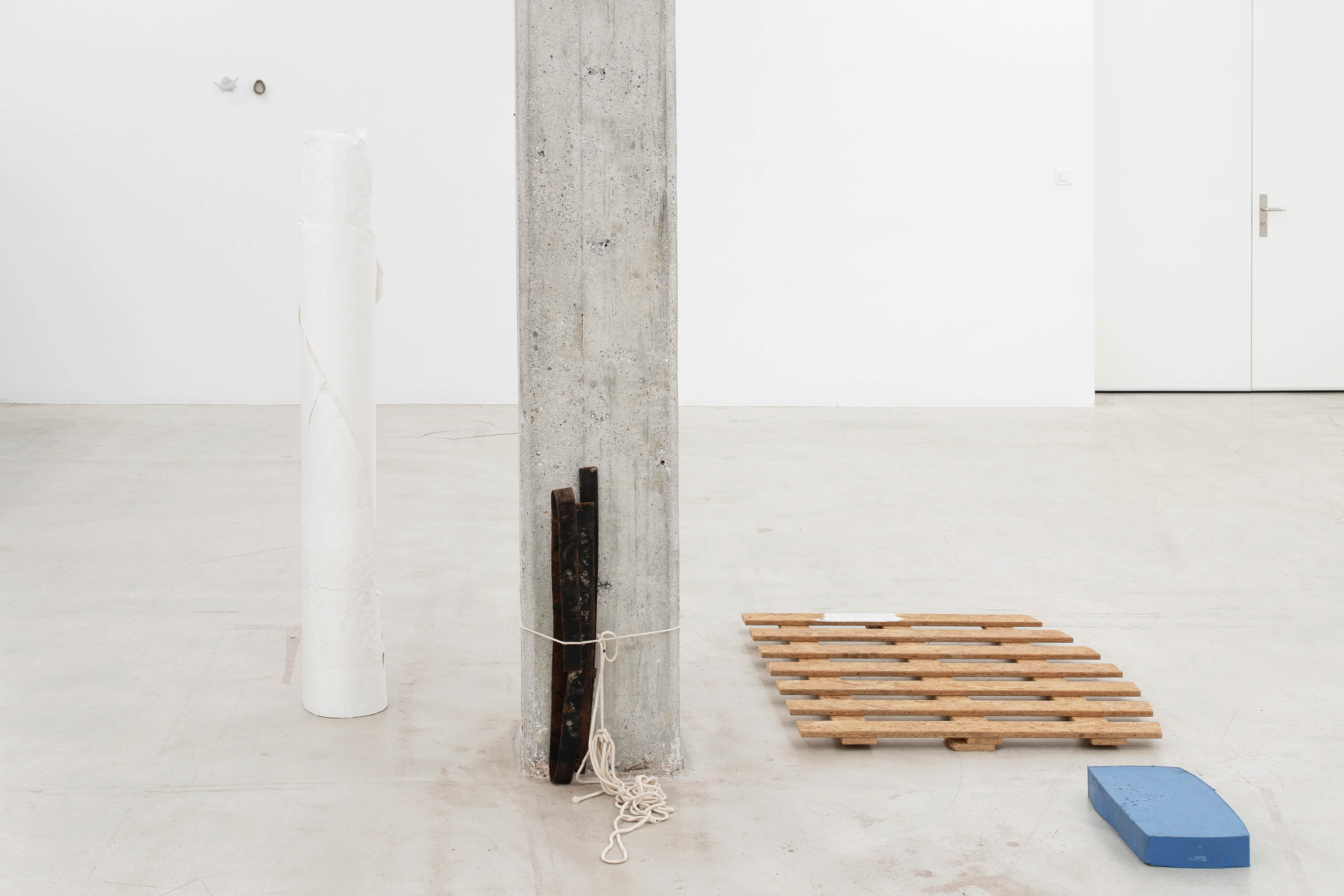 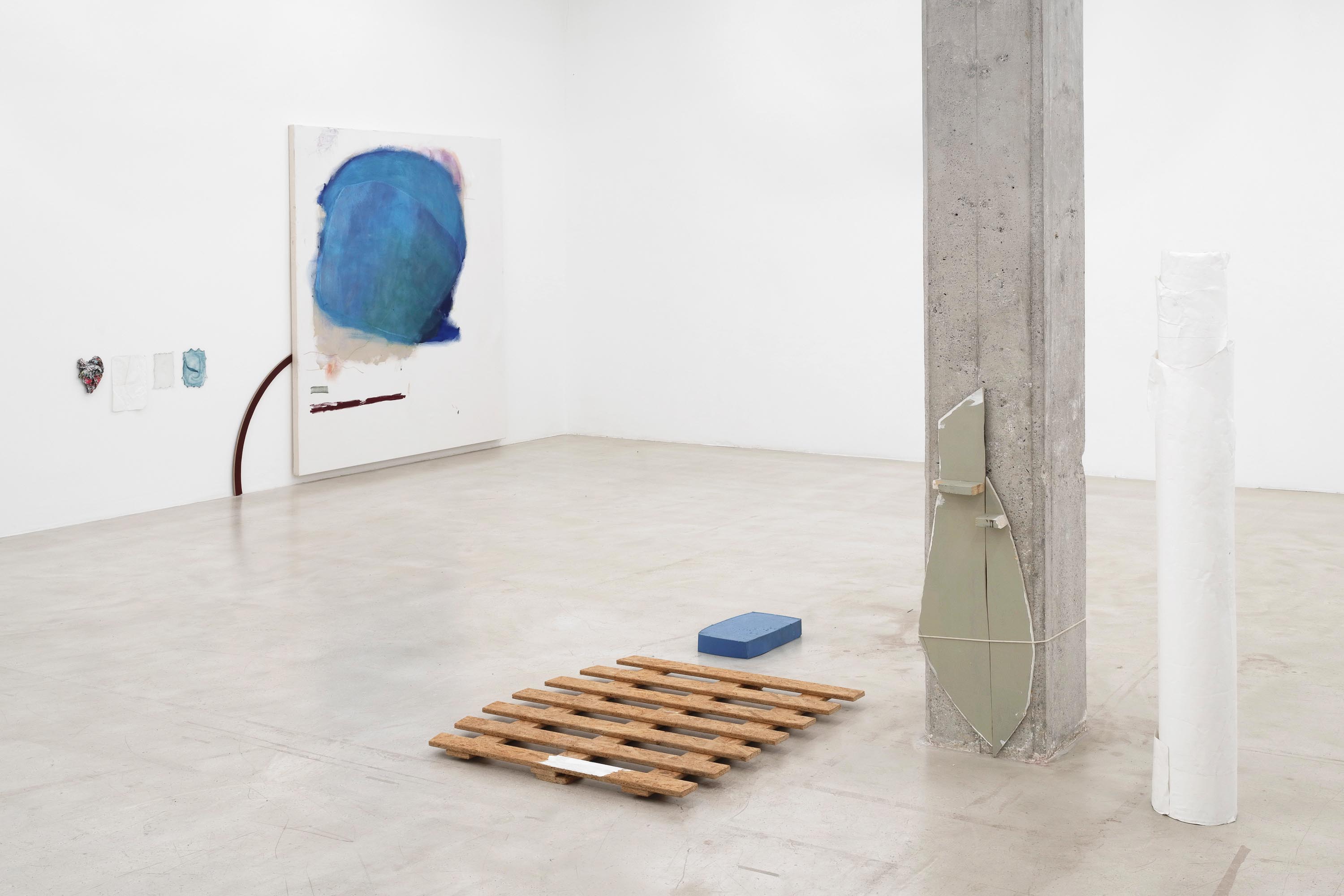 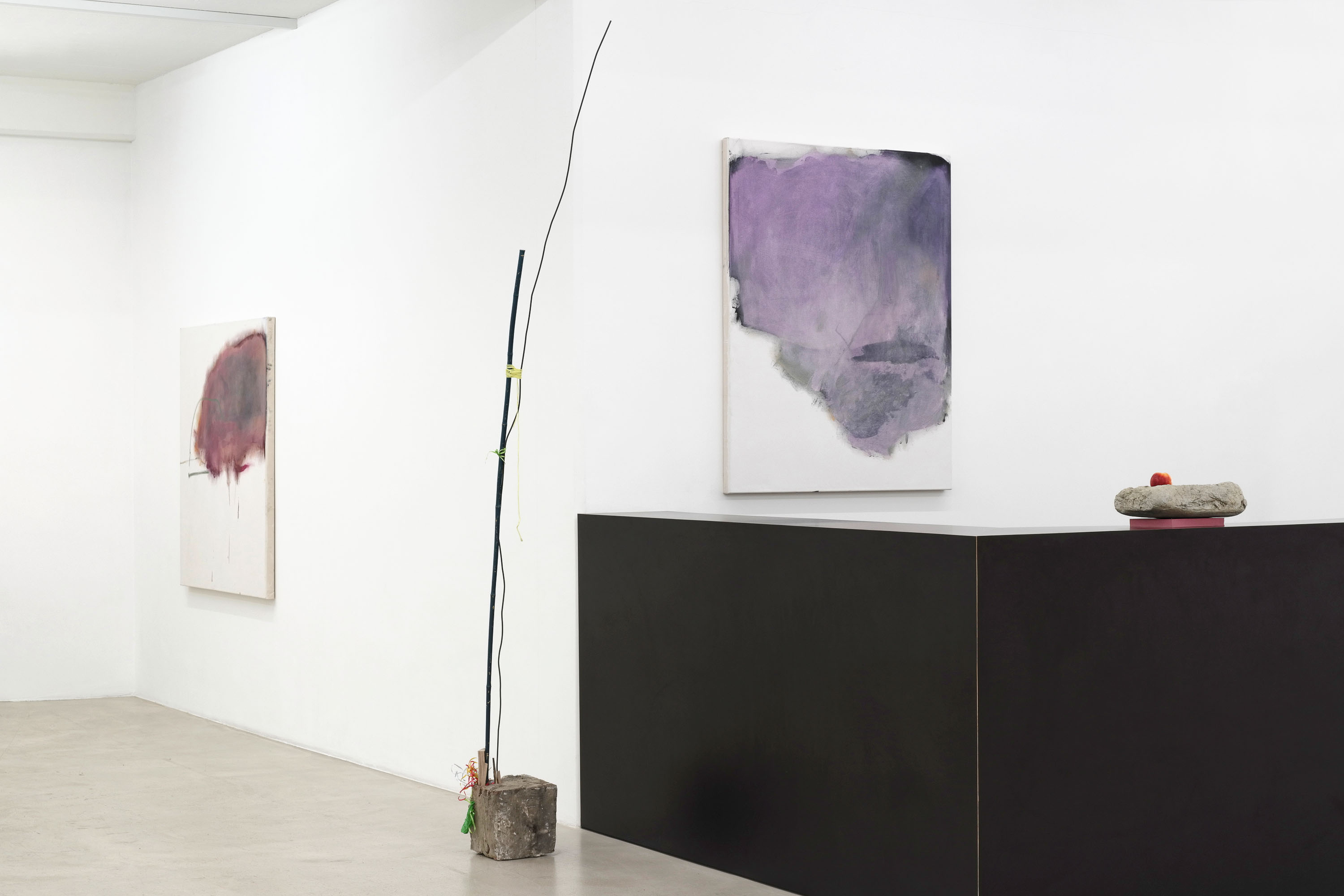 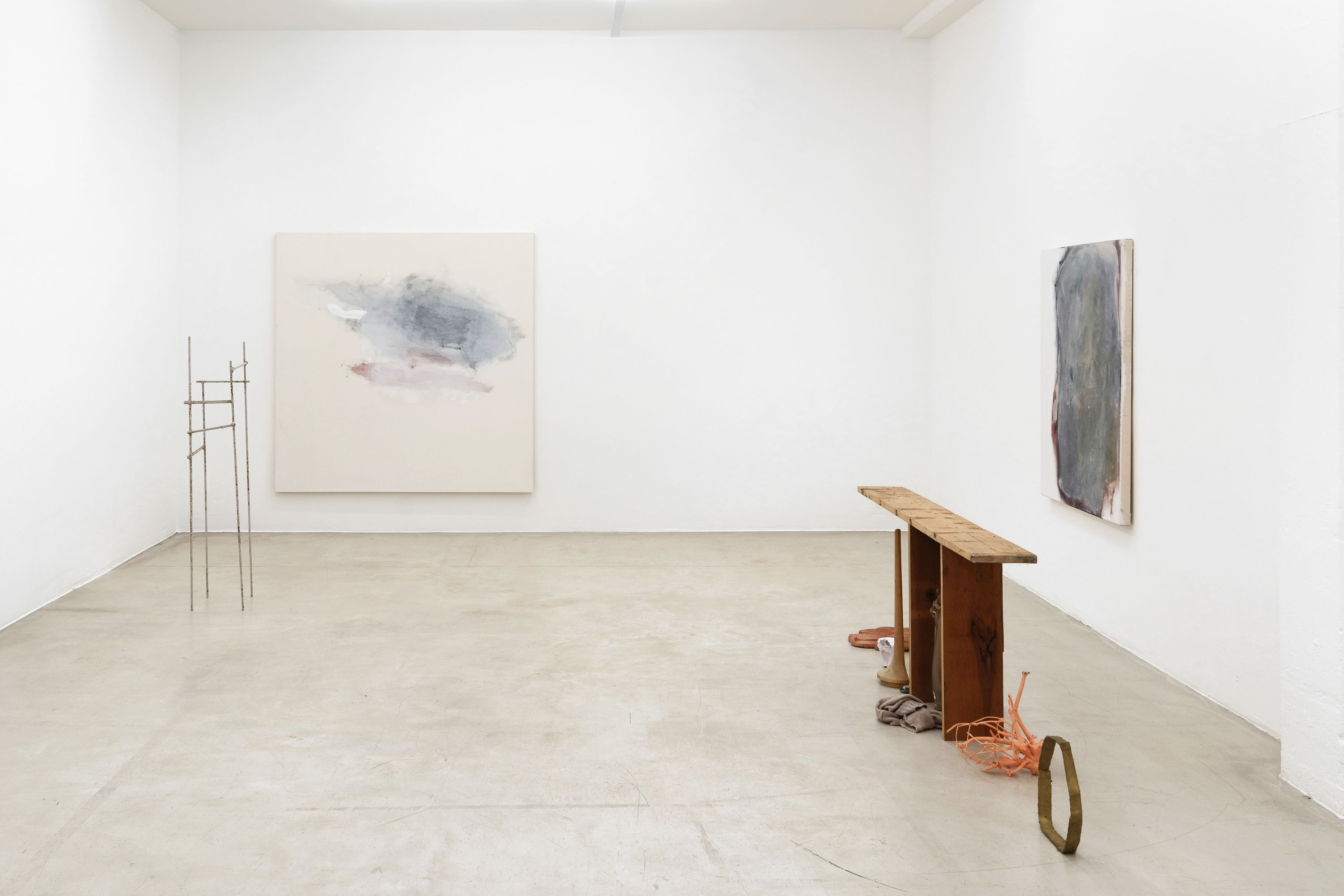 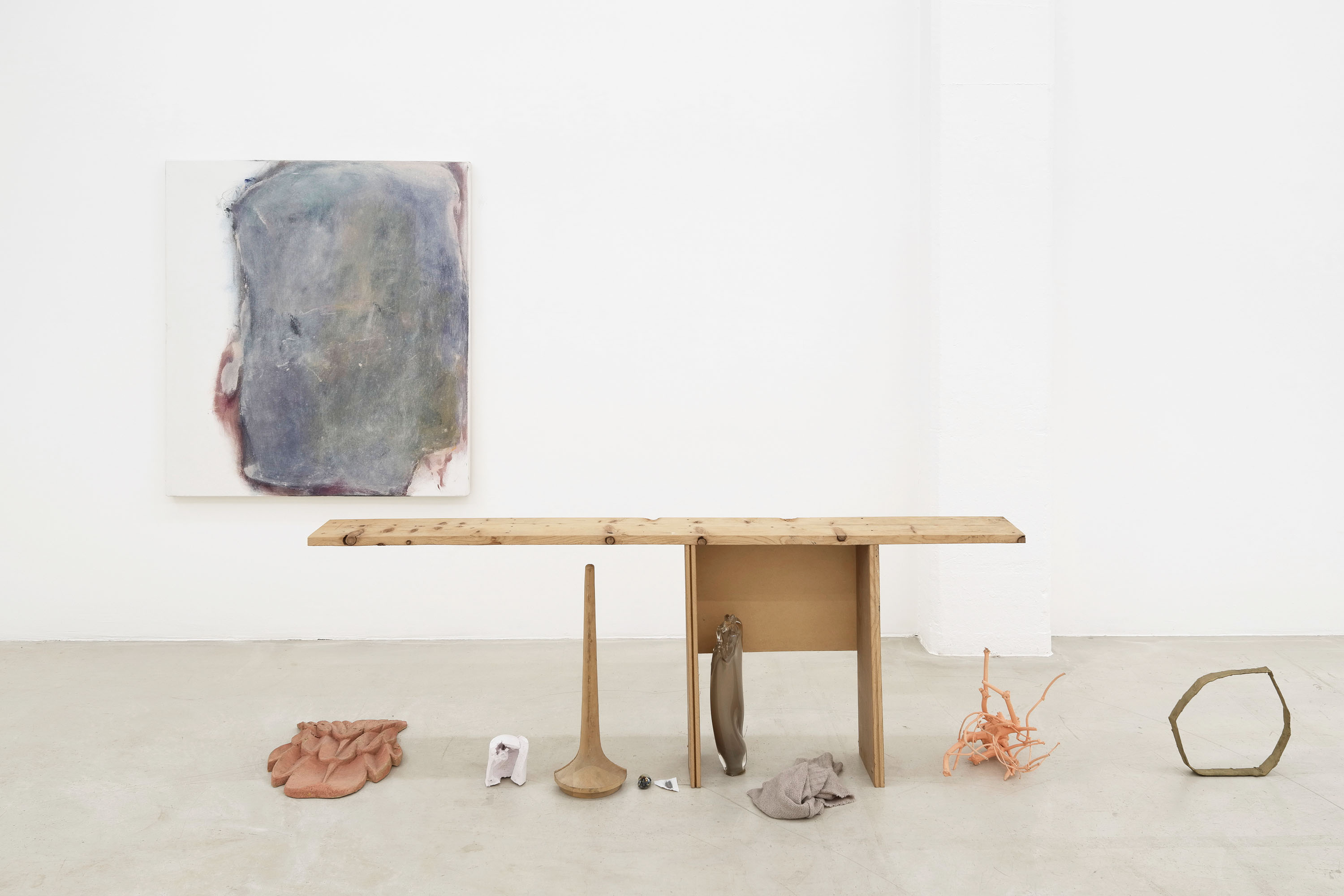 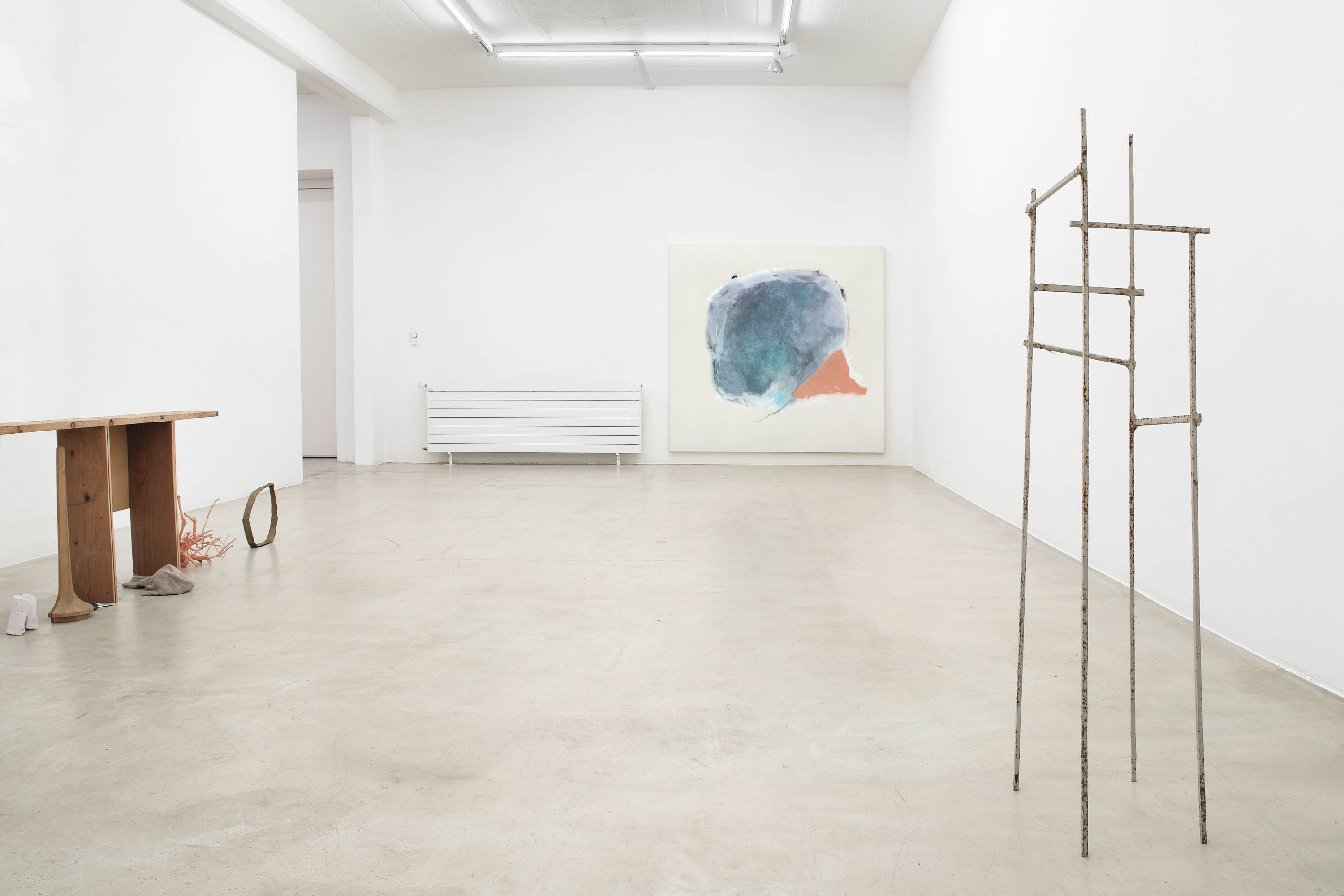 No beginning, no end

One could describe Lone Haugaard Madsen’s body of work as, a transformation of the avant-garde practice of the reproducible model, into an unlimited process of model- ling. A process which is inscribed by Lone in numbering her exhibitions and the on-going transformation of her objects and their arrangement.

The concept of modelling plays an important role in the classical tension between the aesthetic and the anti-aesthetic, between visual and performative arts, between fine and applied arts, between individual and serial and/or installation work, as well as between the accomplished object and the seemingly unfinished production. Lone situates this tension in the dialogue between the post-minimalist idiom of performative sculpture and the post-conceptual treatment of painting as allegory. A dialogue, that one could relate to Eva Maria Stadler’s exhibition text (for the exhibition Raum#350 – Lystre at Galerie Sophie Tappeiner Wien, 2018) to the on-going tradition of realism. It can also be related to Adolph Menzel’s famous 1872 painting Studio Wall as well as to Bruce Nauman’s multi-channel installation Mapping the Studio from 1997. These two examples highlight an iconography consisting of artistic materials like plaster casts, sculpting tools, all kind of equipment as well as the transition between the space of the artist and the space of the visitor, which in the case of Nauman can also be cats and mice.

The studio as painting, the studio as stage, the studio as laboratory for planned and unplanned expe- riments and events appears in Lone’s case as an abstract scenario. This stance is well known from post minimalist exhibition practices that penetrate the classical spatial ontology of the studio by relating it to the temporal ontology of its mediation: Be it by cinematic documentation, be it by performance, be it by replacing the studio through post studio practice. Remarkably, Lone ́s work performs this transition without any rhetoric of transgression. Rather, the studio appears as the immanent “outside of the inside” of the white cube (to quote Brian O’Doherty’s famous book), obviously in order to obscure the distinction between works and working process. We experience the show as a hybrid between working environment and stage, we become aware of the various stages of materials on their way to becoming and forming objects, not knowing which impression is quite “right.” The non-hierarchical formal arrangements also show an interest in questioning the distinction between more or less accomplished work. This moment of confusion animates us, the visitors, to engage by beholding the multi-facetted interaction between the dominant idioms of sculpture and painting from different spatial viewpoints. We become aware of the paintings and objects as constantly changing between fore- and background – an instability in their status as object and display. The on-going tension between the inside and outside appears as an interfolding of opposites or opposi- tions: A tension we can observe on all levels – between the idiom of geometric construction and that of expressionist abstraction, between system and contingency, between object- and space-related arrangement. Lone ́s installations evoke a mutual relation of oppositional categories, a tension between the exposed elements and each other`s relation to the gallery space. Do they define the exhibition spaces as show rooms, as storage, as a container for decorative elements? Do the objects perform themselves as autono- mous objects, as second order ready-mades or self-referen- tial props? The obvious exposure of “relations” in terms of size, measurement and dimension, appears as a reflection on perceptive and spatial relations, which addresses us at the same time as involved bodies and as distanced viewers.

We of course could continue to play this through: Painted sculptural materials, semi-painted canvasses; colour as ex- and internal feature that points more to its systemic function, than to its pure pictorial use; spatial relations between the elements as a discourse about the interval and the non-identical object, cuts the field of vision into a multi-perspective event. But it doesn’t seem just to fit into the paradigm of the multi-media performative space, rather the artist deals with classical artistic questions: The relation of colour and light, the problem of colour as a question of paint, the oscillation between colour as a self-referential means and a referential design.
As mentioned above, all this can be seen as a pro- cedure of remodelling which uses time using systemic and aleatoric recombination. This does not create an immanent, closed space but situates itself in the realist tradition, always implying its interdependence within social structures: architectural, industrial, life style, those related to the stage as interface, and between the space of presentation and the space of reception. For example, a “pierced” piece of textile behaves as the externalized colour, the tension between amorphous figures and a seemingly handcrafted piece. Basic elements of post- minimalist aesthetics are mixed with theatrical fabrics and synthetic materials, which always show traces of their indust- rial making: As such, they represent the dark and ugly site of the clean and shiny space of representation – a site, which resonates with social environments as well as with the world of factories and workshops. Here, in my opinion, an interweaving of abstraction and femininely coded history of textile art is indicated on a symbolic level. The hints of figuration echo the classical tension between autonomous and applied arts. Figuration concretely appears in its relation to the body. Such hints also show stylistic and genre-specific characteristics. This happens, for example, with regard to the possible perception of the exhibition as a landscape.

The postfordist collapse of the studio, transforms it to a subject of its own. It is an oscillation or hybrid between site and non-site, a place that relates to waste and remains, i.e. seemingly useless materials, which gain their meaning by their relation to “pre-“ or non-aesthetic materials.

Lone`s work of course obscures the distinction between aesthetic work and post-discipline production. As such, her images, objects and materials are pretending that they are still under construction and that they demons- trate attempts, perhaps failed attempts or playful gimmicks, obscuring the differentiation between the studio and the internalized stage.

We witness the genesis of “performative objects,” which lets us ask whether we should focus on their ontological status as aesthetic or on their stage presence as relational materi- als – materials that are/ become only significant through the site and time of presentation. It is therefore an aesthetics that always evokes a state of instability that includes contingent moments of production and reception. Since Lone Haugaard Madsen’s form of presentation opens multiple approaches and perspectives, the question of where an art work begins and where it ends, remains pro- grammatically unanswerable. Following Jean-Luc Godard: Not models, but a constant process of modelling.