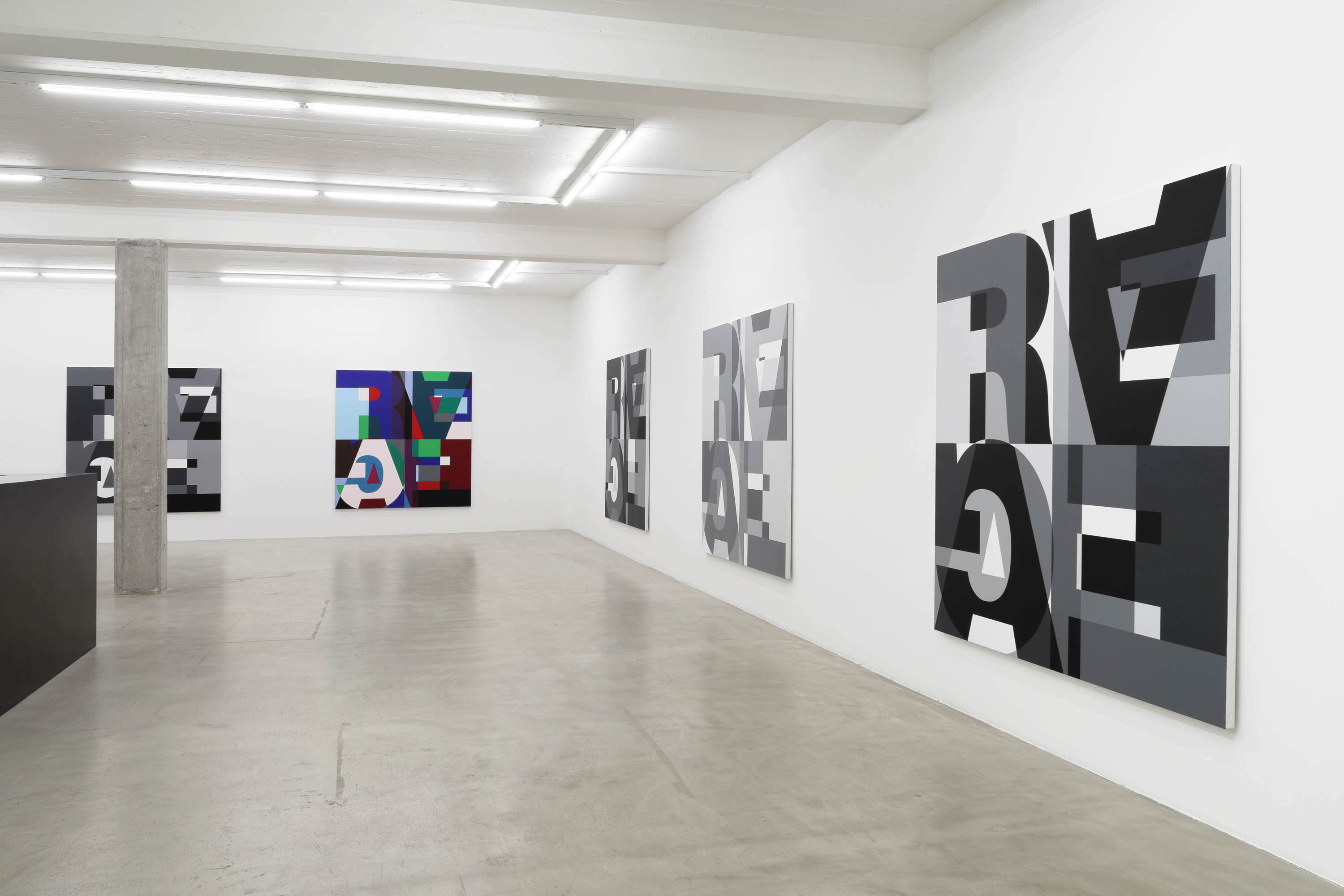 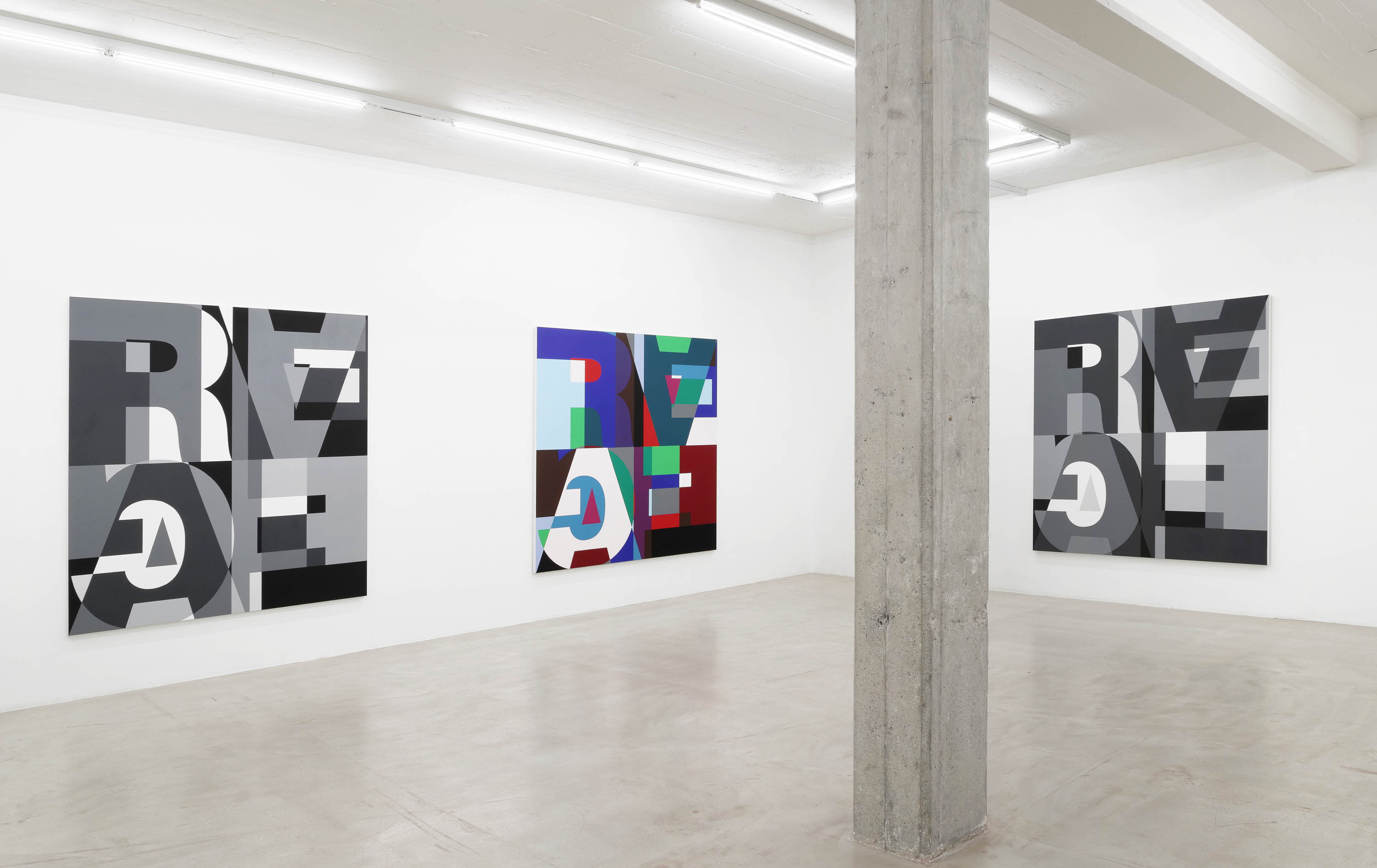 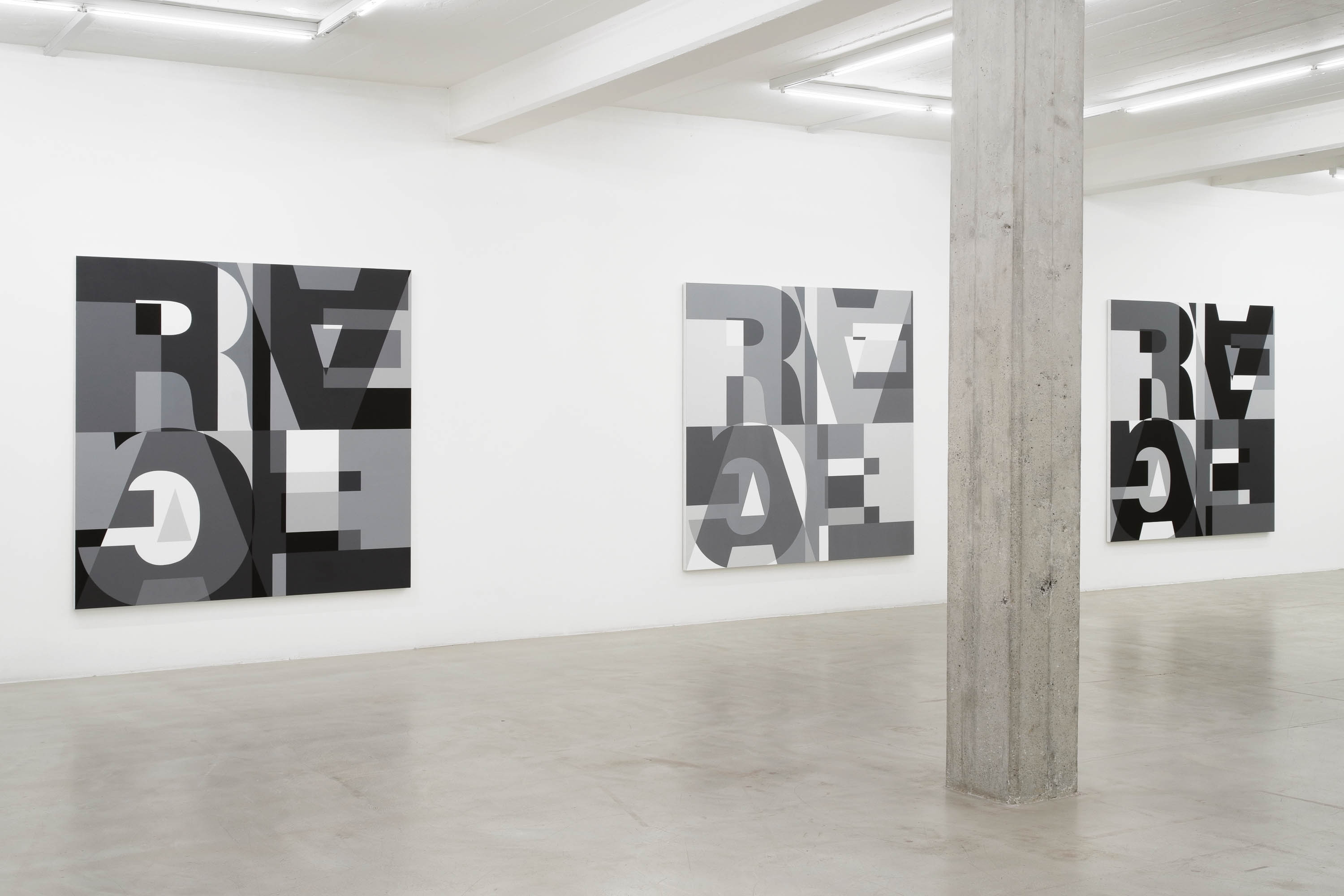 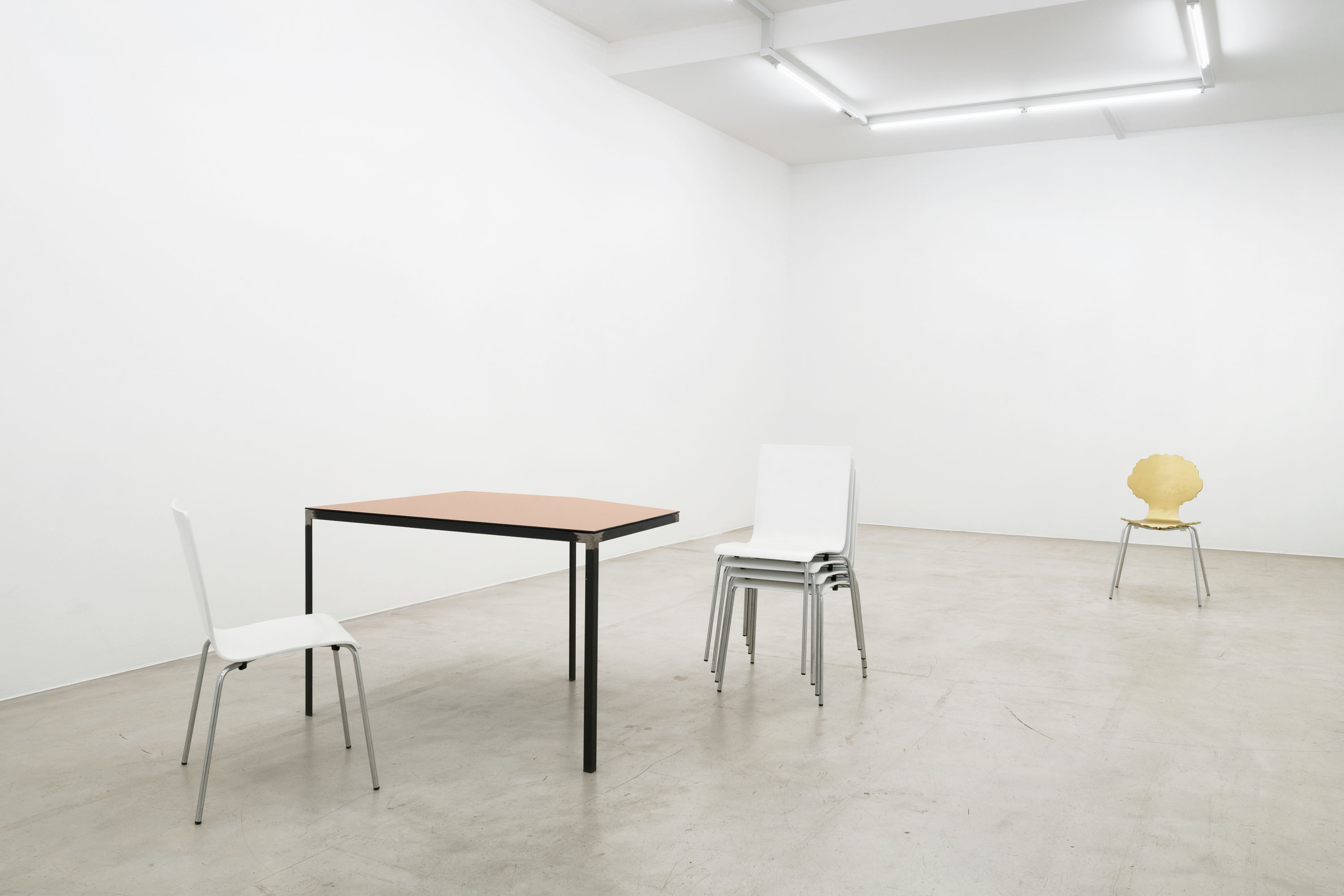 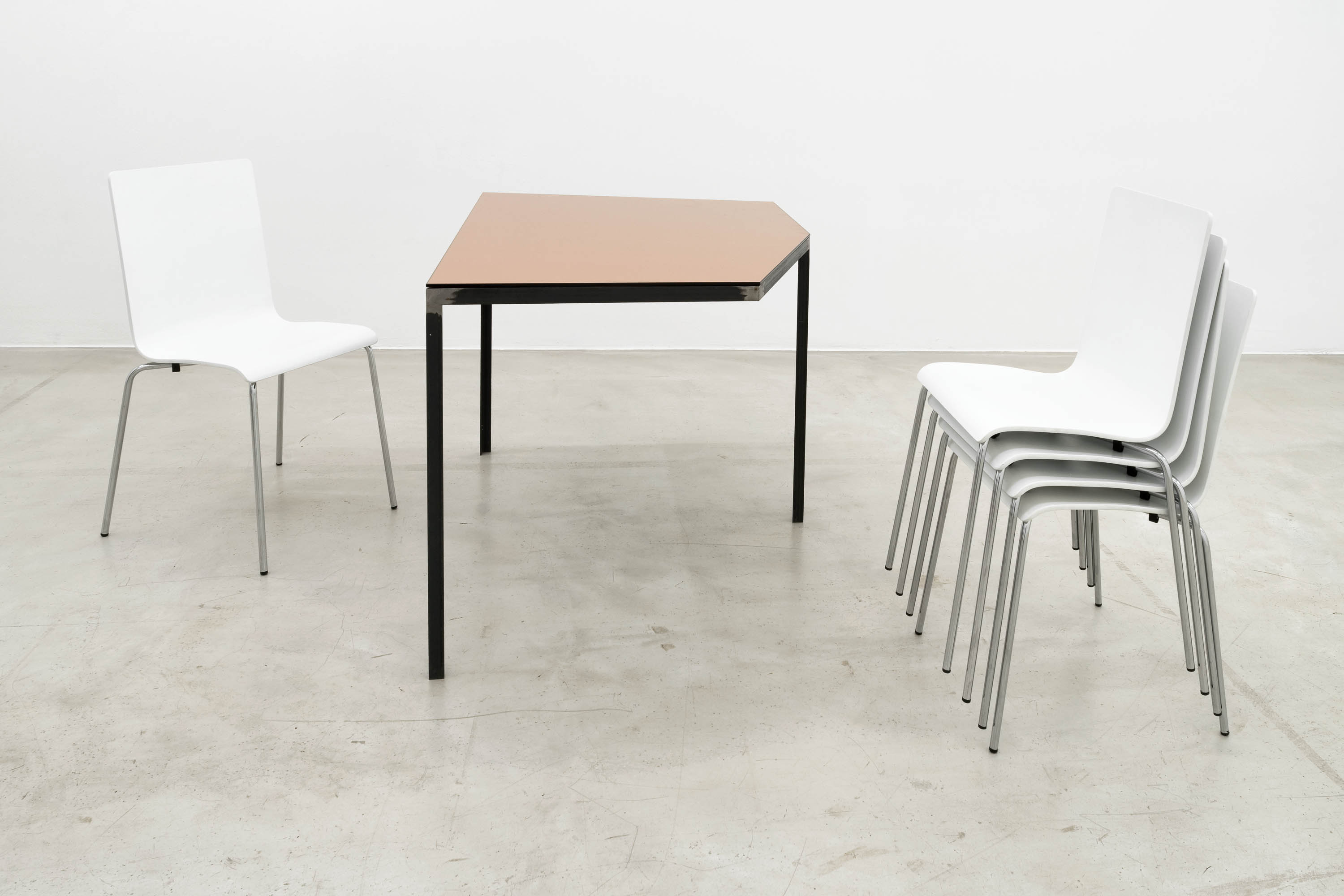 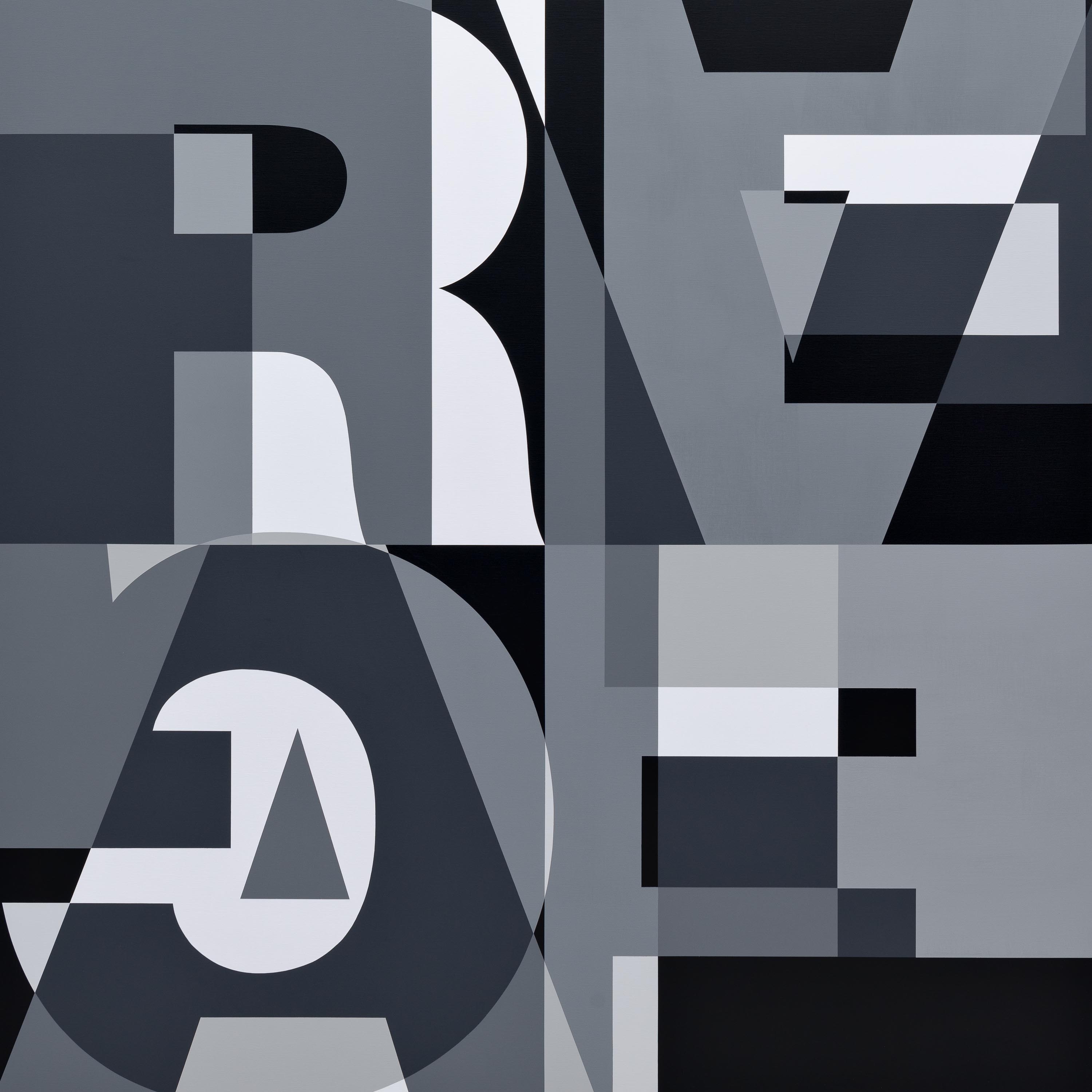 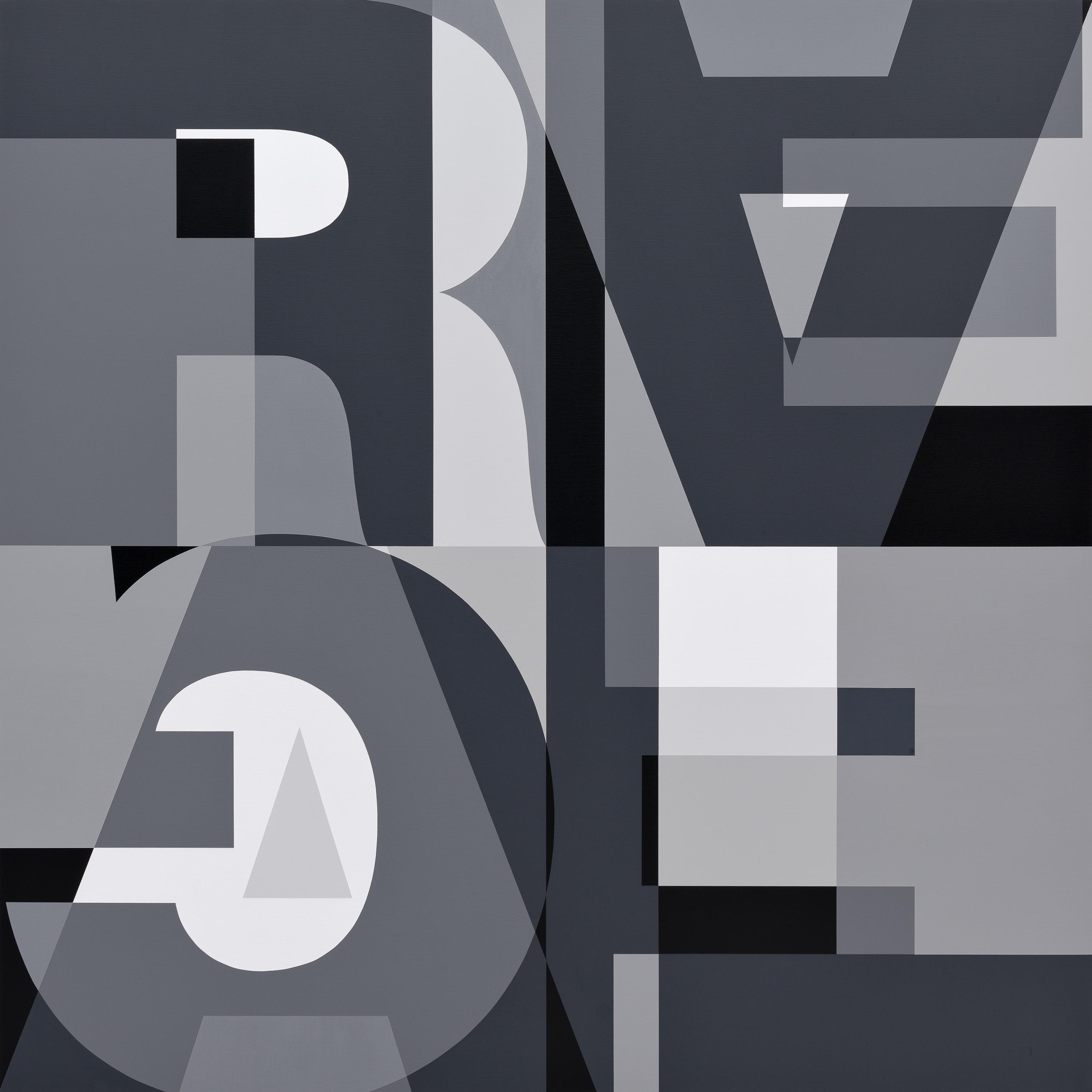 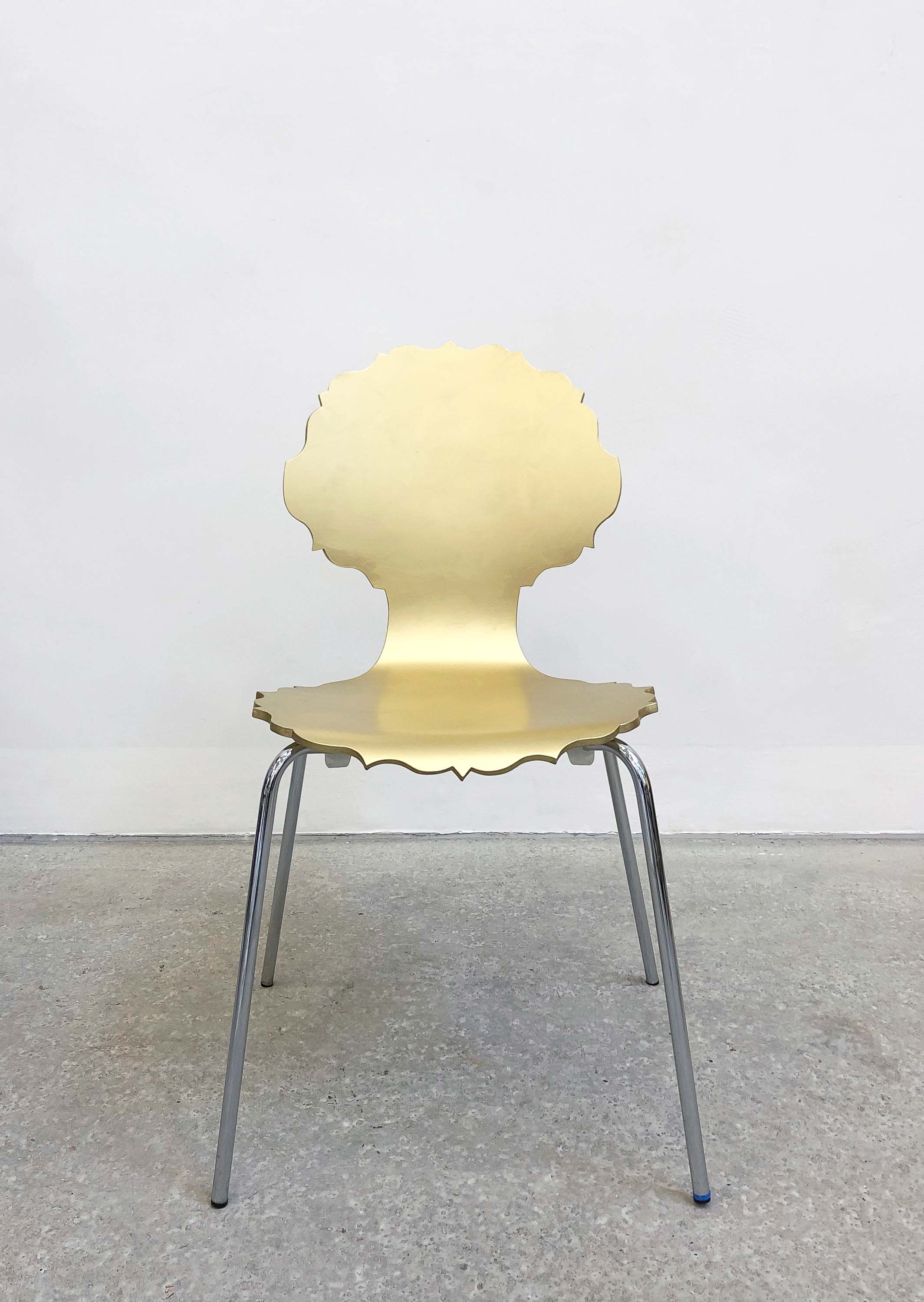 Four grayscale paintings and one polychrome

The four grayscale paintings from the REAL EGAL series are painted in 2018. The first REAL paintings are created in 1994 in a reduced color palette with black, white, gray, brown and orange. From 1999 the palette of colors expands to 15 and from 2010 to a variety of colours.
The series shown here is limited to black, white and to the gradual shades of gray in between, which refer to existing multicolored paintings and represent only the brightness values of their original colours.

One table with five chairs
The table surface, made of champagne-colored mirror glass (Premium Rose Gold), has an irregular pentagonal shape that is scaled and mirrored to a floor plan of an existing entry room in a private museum. The frame of the table is welded from angle steel and has three legs.
Attached are five white chairs, created for an ideal white room in an exhibition at the Kunstverein München in 1999.
In 2021, the table was a central prop in an art film by Selma Doborac.

One golden chair
Since 2004, I collect variations, or paraphrases of the famous ”The Ant” chair by Arne Jacobsen, which he designed in 1951 for a canteen of a Danish company and which was continued in 1955 in the Series 7: Tubular steel legs and a seat made from form-moulded laminated veneer.
Arne Jacobson uses a technique invented by Charles and Ray Eames through which plywood can be bent in three dimensions. To this day, these models have found countless modifications and imitations. Within its formal variations we can see prototypical figures of modern sculpture, as were introduced by Jean Arp or Henry Moore.
In my studio, the chairs are restored - if needed - preprimed and finished with a gold varnish. On the one hand the colour gold takes a stand against the dogma of material truthfulness of modernity. On the other hand it serves as a statement on monochromy.
My collection has now grown to over 50. I cut a rococo style around the edge of a few selected chairs.