Walter Swennen
So Far So Good 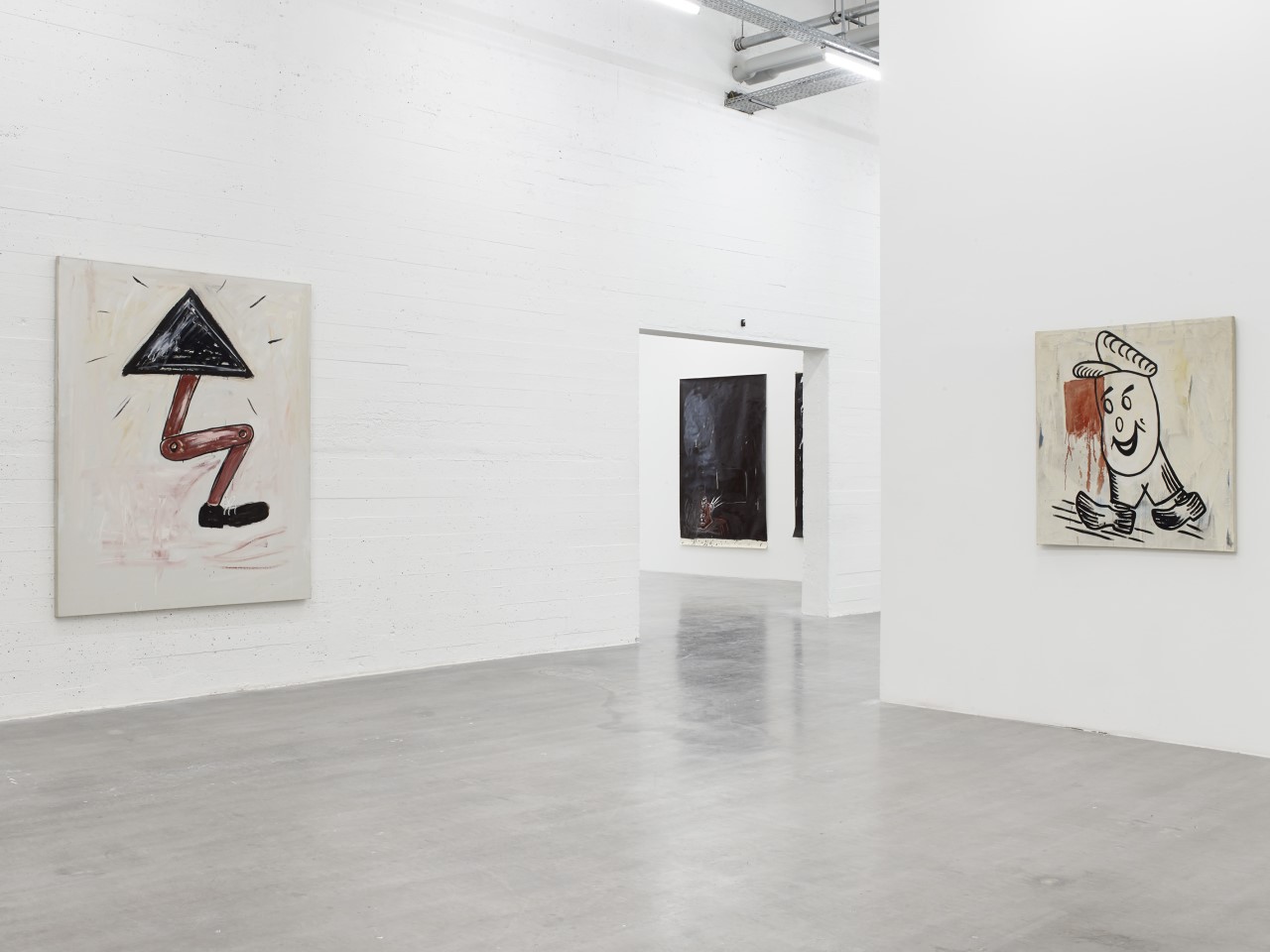 Each year WIELS devotes one of its main exhibitions to a major Belgian artist. Walter Swennen, who was born in Brussels (Forest) in 1946, is a painter. Just like others in his generation he approaches and explores the medium anew by applying principles from other disciplines. After his early activity as a poet in the 1960s, and in the aftermath of the visually reductive conceptual and fundamental art, Swennen decided in the 1980s to examine the lyrical possibilities of painting. The oeuvre he then rapidly developed was explicitly not characterised by the spontaneous or heroic visual language of his expressionist contemporaries. It becomes obvious in retrospect that Swennen is engaged in a steady reconnaissance of the specific problems of painting, with a preference for subtle forms of rebellion, deviation and relativising: such as the marginal, the nonsensical, understatement, the anticlimax and the tragicomical. Whoever looks beyond the seemingly naïve execution of his work discovers in addition sources of inspiration as varied as comic strips, world literature and philosophy, bilingual dictionaries, advertisements, and (his) children’s drawings. Given that painting is in essence mute, Swennen demands at least as much attention to the complex material background (which remains unknowable) as to the familiar figure in the foreground.

The exhibition So Far So Good combines a careful selection of his paintings from the early 1980s until now, as well as smaller works on paper and more unconventional supports. It is the most comprehensive presentation of his work ever, as it consists of over 130 works loaned from 75 public and private collections. Through the works the exhibition explores two questions which have spurred Swennen on over the past three decades, however much his answers may have varied over that period: what to paint? And how?

The exhibition was first shown at Culturgest, Lisbon – where curator Miguel Wandschneider has spent eighteen years researching Swennen’s work – and focuses on the artist’s early career. Particular attention is paid to the early 1980s, when Swennen turned his back on poetry and defined himself solely as a painter. This particular transition is documented in the publication that accompanies the exhibition. The book contains many new facts about the artist and is the product of a joint research initiative between the Brussels-based publishing and curatorial platform (SIC) and WIELS.

The title of the exhibition, So Far So Good, reflects Swennen’s characteristically philosophical attitude. His aversion to all kinds of fashion and authority goes with an impressive, uncompromising body of work that has found its unique place amongst artists. WIELS aims to increase awareness of Walter Swennen’s work, at both a national and international level, and to accord it the attention it merits.

Contemporary Art Daily
Walter Swennen at Wiels
03.02.2014
Artdaily
The work of Belgian artist Walter Swennen is the subject of a major winter exhibition at WIELS
January 2014