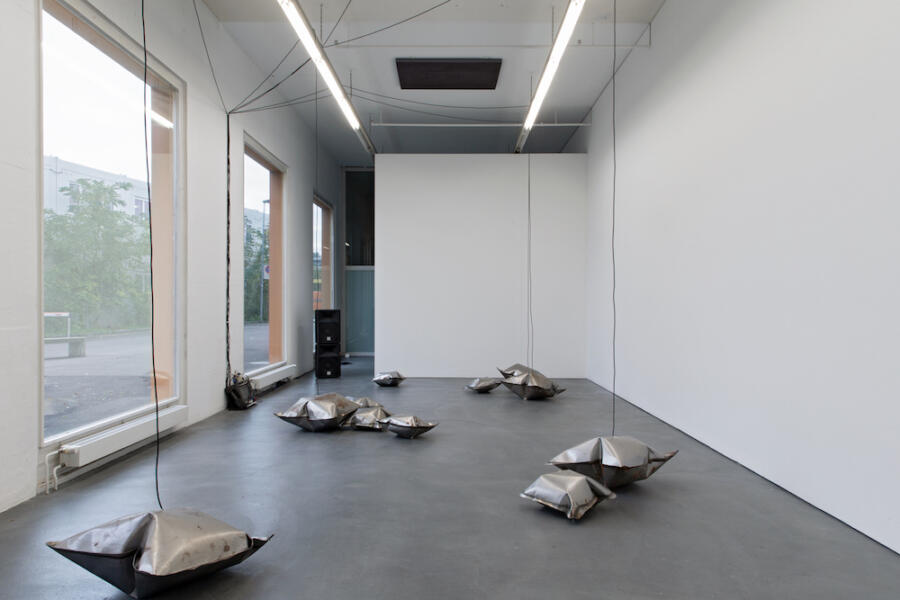 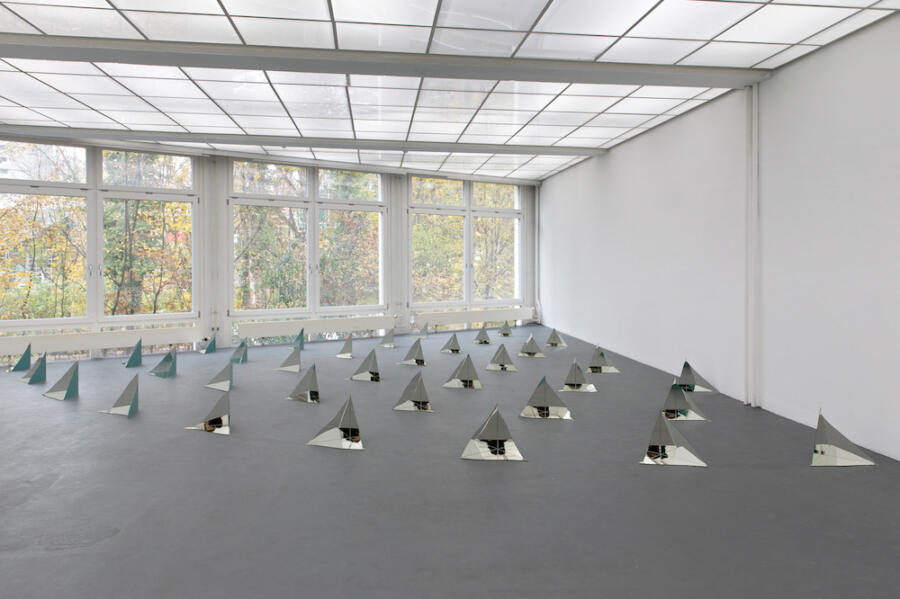 This year marks the 20th anniversary of the Regionale exhibition format, which currently comprises 19 institutions of the Dreiländereck, presents around 150-180 artists of the region each year and includes the Kunsthaus Baselland as one of its five founding institutions.

Under the title Step out! Kunsthaus Baselland presents 14 artists employing sculptural positing to act from (two-dimensional) area into (three-dimensional) space. Physically stretching out into space also means for a number of the artists to mentally set themselves up in it, to create models that can point to something external, yet also invite a counterpart to join in on this mental journey. The exhibiting artists, almost all of them with an entire or large segment of a room to themselves, invite the visitors on a course through the Kunsthaus; to an encounter with in part new works that they developed based on the architecture of the Kunsthaus (e.g., Katrin Hotz, Simone Holliger, Maude Léonard-Contant, or Sanna Reitz, who was invited by the Regionale to develop a project for the anniversary that can be experienced at the exteriors of the Kunsthaus). Also shown are works whose ideas already existed, but that are now being expanded on (as for Gin Bahc, Jorinde Fischer, Franziska Furter or Jürg Stäuble). In this context, we were able to realize the large-format, multi-part, and as of yet unimplemented work from the 1990s by Reinach-based artist Dadi Wirz. The works of Urs Cavelti, Kaspar Ludwig, Laura Mietrup, Kilian Rüthemann and Julia Steiner as well have yet only occasionally or never been seen in Basel. This once again shows the great quality of the Regionale: discovering well-known artists through new works or getting to know artists who shape the artistic landscape of the tripoint region.

Beyond that we would like to take the moving part of the Regionale literally and invite you to join us — in addition to the bus tours offered by the Regionale — on three dates to embark for Liestal, Freiburg i. Br. and Mulhouse to visit the local exhibitions and to discuss them with the curators. We‘re celebrating 20 years of Regionale with (new) artistic productions, discoveries, conversations and encounters in the region.