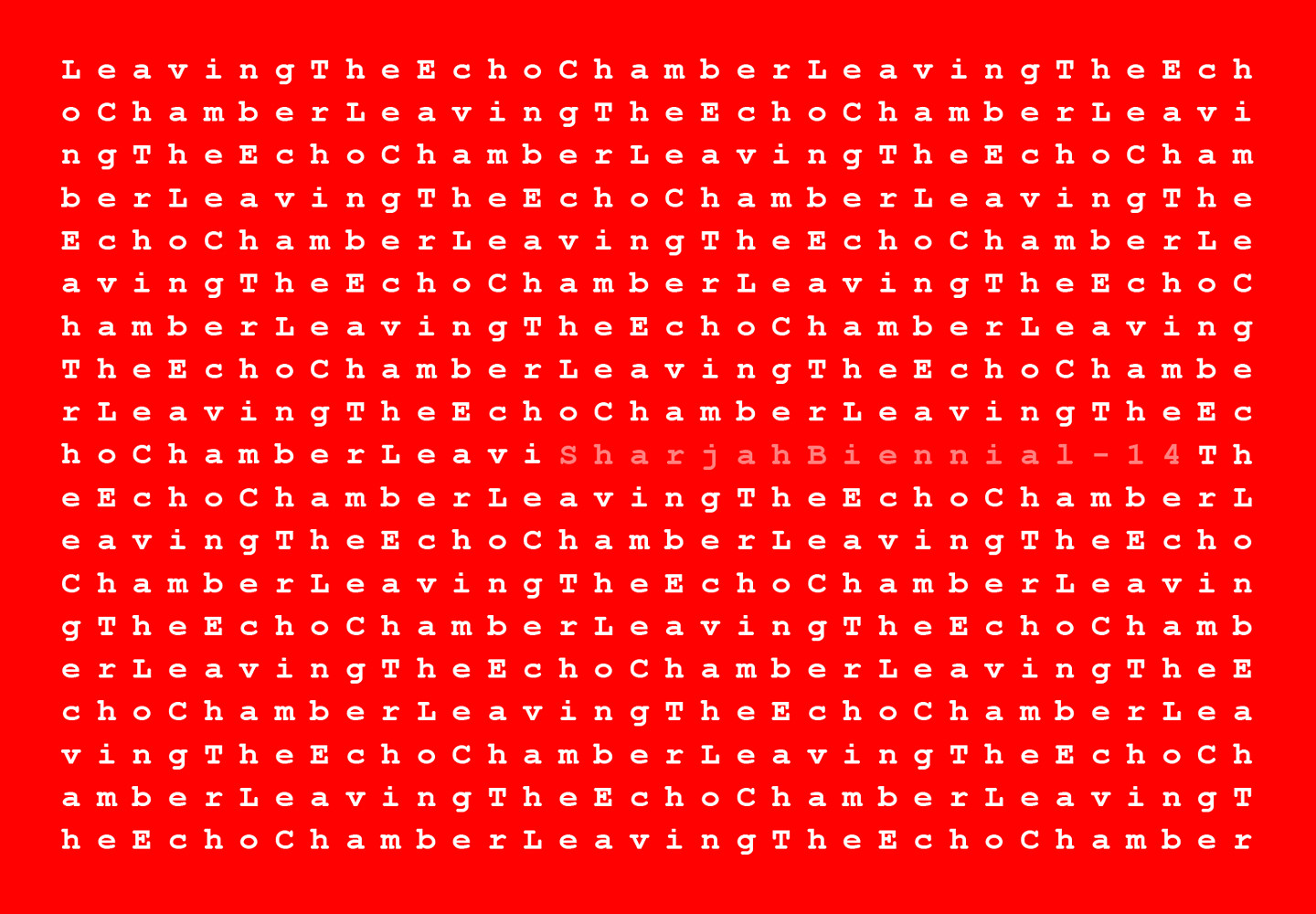 Open from 7 March – 10 June 2019, Sharjah Biennial 14 (SB14) will showcase three unique exhibitions, curated by Zoe Butt, Omar Kholeif and Claire Tancons, that explore the possibilities for creating art when history is increasingly fictionalised, when ideas of ’society' are invariably displaced, when borders and beliefs are under constant renegotiation, and our material culture is under the constant threat of human destruction and climate degradation.

In popular culture the “Echo Chamber” is a moniker for circuitous news media and its attendant feeds that are reinforced by a closed system, a network that is controlled and governed by private sources, governments and corporations. It is also a metaphor for the historical dominance of Capital and the cultural, social and political systems which dictate its access, production and distribution – this ‘capital’ wooing (and thus privileging) particular image, language, skill, history and geography. Most tangibly, the ‘Echo Chamber’ is the space wherein sound hits and reverberates, where memory and imagination echo across surface, across space, and across time.

‘Leaving the Echo Chamber’ does not propose a “how” to “leave” this context, but rather seeks to put into conversation a series of provocations on how one might re-negotiate the shape, form and function of this chamber, towards a multiplying of the echoes within, such vibration representative of the vast forms of human production — its rituals, beliefs and customs. The 14th Sharjah Biennial begs the viewer to consider: What does it mean to demand alternate images at a time when news saturation is spoon-fed to us by a monopoly of sources? How do we expand our narratives by acknowledging what has been hidden or removed? Moreover, how can we reflect on our own culturally located histories in an era whereby so many individuals have been forced to believe that they must surrender their own agency to the mainstream forces that exist and govern our world?

The echo chamber here could be construed as a modern day Faraday cage – an enclosure that covers conductive material, which prevents transmitting signals. Except here, artists are given the agency to tell stories that echo in a different way, thus creating new surfaces for a multiplicity of chambers revealing differing means of connecting, surviving and sustaining a collective humanity.