Francesco Barocco
On the principle of contradiction 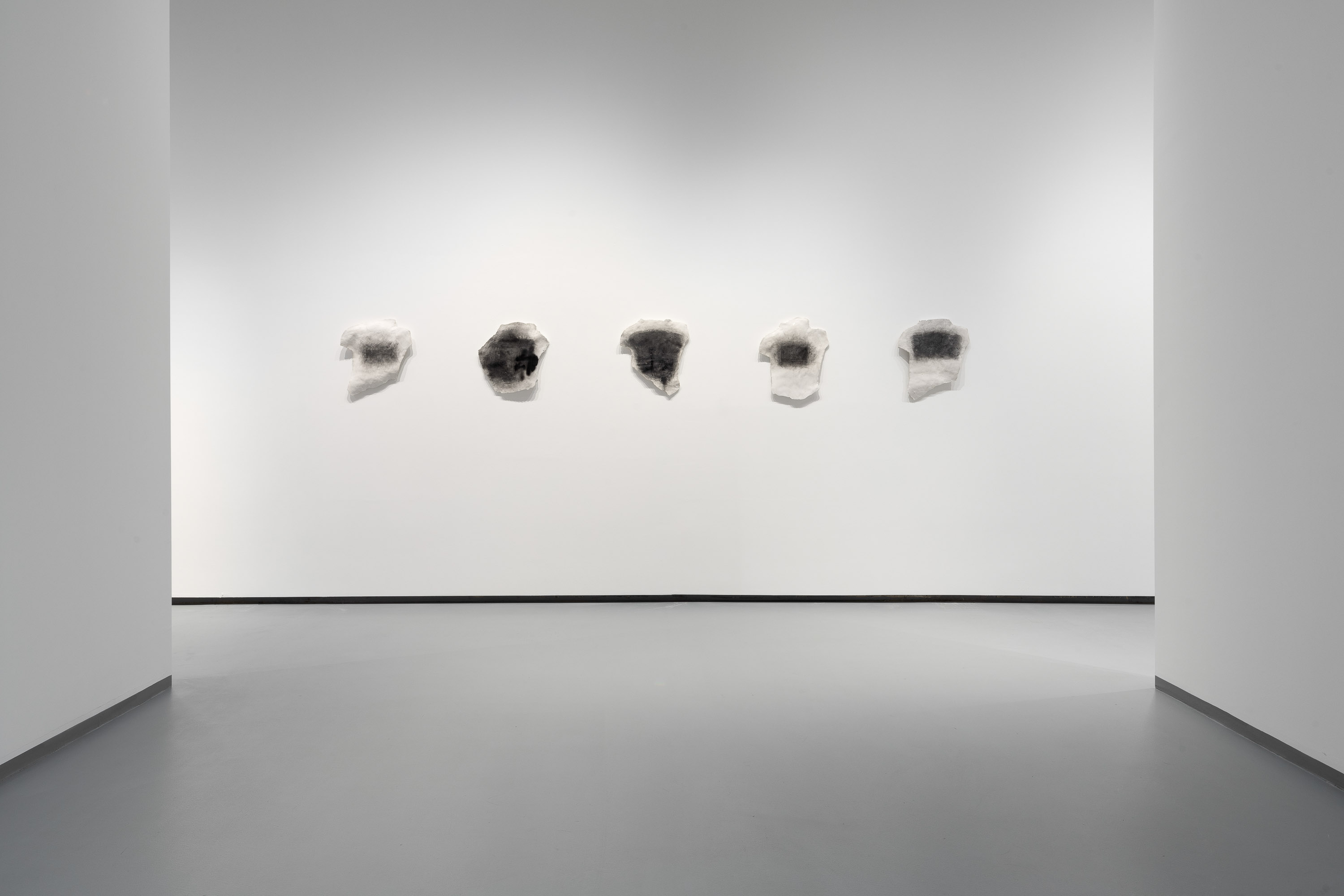 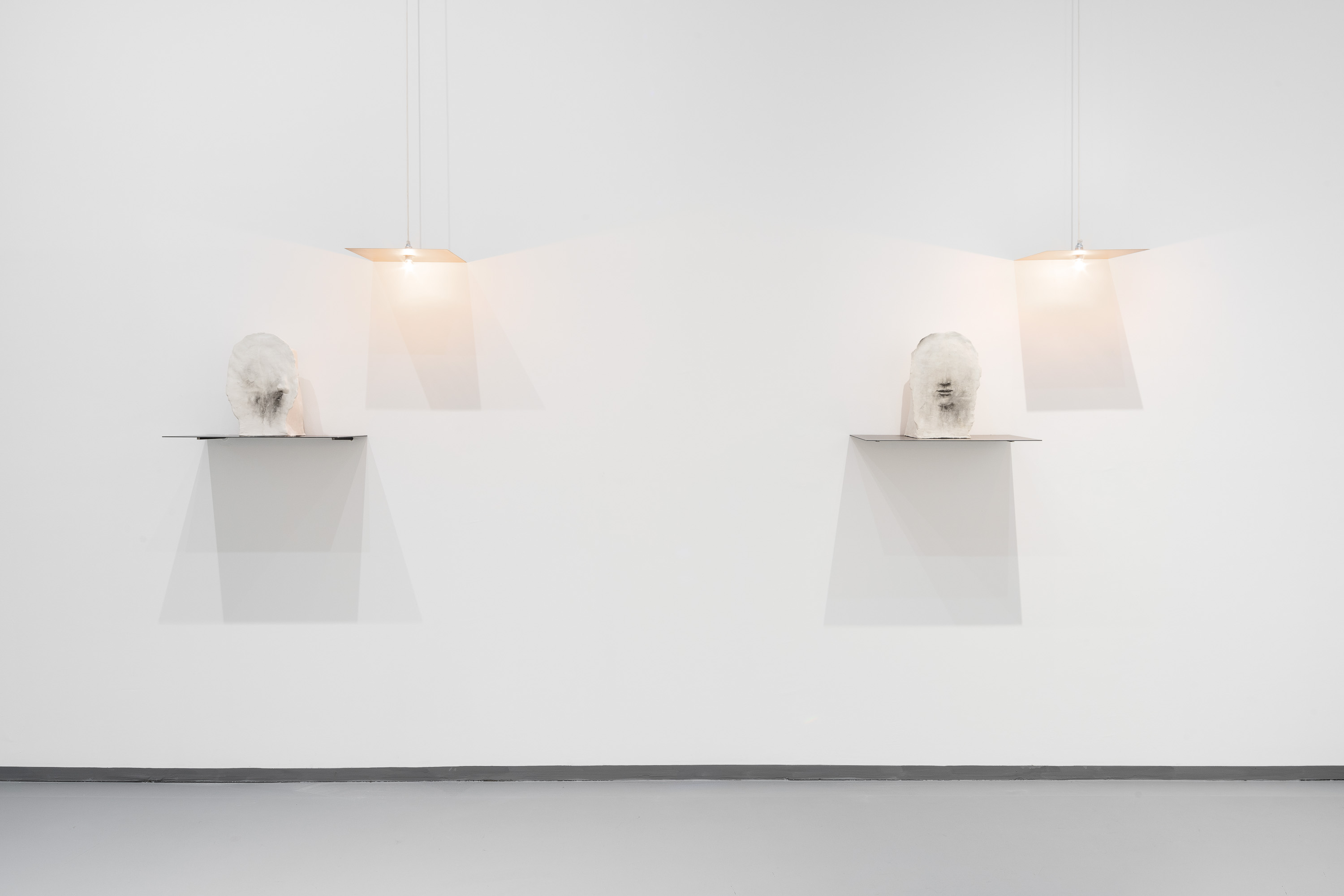 It is neither a theme nor a language that unites the five artists in this exhibition. Rather, it is the presence of a space of possibility within their works, made, almost always, by at least two elements, by two or more natures, by two or more images that cannot be fully reconciled with one another and are bound together through ambiguity which at times becomes an explicit relationship of contradiction. The emotional strength of their work, despite the considerable differences in their practice, seems to derive from the vibration of that space created between the elements which cannot fully overlap, or coincide in a univocal affirmation, but which keep sliding one upon the other and demanding attention one despite the other.

What unites these five artists is the skill in holding within their works the space that separates and joins more than one representation and in recognizing their overlapping in time, in hosting inside the work’s body that cone of shade from which they arise, revealing the inexhaustibility of the images, their constant and repeated surfacing. An inexhaustibility that is also an awareness of loss. With each appearance, something becomes clear while something else retreats into the background, disappearing into darkness.

The space of the human dimension is the space of contradiction, of the ambiguous overlapping of opposites, where each image takes its own shadow by the hand, where each word bears the impossibility of expression and each new emergence is a separation.

Speaking about a principle of contradiction, assigning these words to the title of an exhibition is a game of antinomy; it provokes in the reader the instinct to correct the phrase and restore it to its Aristotelian formulation. The principle we all know is that of non-contradiction. And this principle serves as the basis for the idea from which logical argumentation and the solidity of science is founded, the progress of which has been established through the exclusion of contrasting theories. Accepting contradiction may seem like a liberty that art may claim out of a love for whimsy, a liberty against reason. Both paths—that of myth and that of logos—parted ways from the beginning of philosophy: on the one hand, a manifold story, indefinitely varied and intertwined with a polisemy of symbols; and on the other hand, logic and the exercise of dialectics which at each crossroads impose a choice, a true and a false. And yet current scientific and philosophical theories, from quantum physics to paraconsistent logic and dialetheism, make us face contradiction, allowing within their fields the overlapping and compresence of opposing truths, of contrasting determinations. This, too, offers us a small confirmation that the space of ambiguity and of vibration of incompatible meanings that the works these five artists present us with is a place worth exploring: a place of awareness, of the unresolved human condition and space of ideas that launches us back in time, towards the primal dualisms belonging to every culture, and then forward in time, towards the new representations of the world, and the more they progress, the more we discover how ancient they truly are.

There are many reasons for which the work of each artist has been considered necessary for display and more complex than what can be described here in a few sentences, but undoubtedly the reflections preceding this exhibition are born in response to the imaginary of Flavio Favelli (Florence, 1967), of his architectural compositions made of unperturbed notes as well as visceral echoes, of his reverse mirrors that imprison images instead of reflecting them, of his ability to make the tragedy of historical events emerge from the depths of time together with the apparent lightness of advertising that accompanies them on the pages of newspapers, to show us how memory holds together the one and the other, to discover that, between the two elements, the true hieroglyphic, the image sunk in distant unmoved time is not the historical event but rather the advertising symbol.

In the same manner, the reasons for this exhibition took shape in front of the Veroniche by Luca Bertolo (Milan, 1968), lingering upon their display which is concealment, considering the beauty of his paintings paradoxically protected under disfigured traces of spray paint, his eclectic stylistic choices made in contrast to the object of the painting, the ambiguous painting surfaces composed of levels that seem to glide one on top of the other, in contradiction.

The exhibition was also born considering the work of Diego Perrone (Asti, 1970), because looking at a glass sculpture of his means looking at both volume and emptiness, a hole in space where the gaze, at times, passes through and, at other times, lingers on the material, on the defined detail of the bas-relief, while our attention has already shifted to the tongues of bold color that do not coincide with the sculpted figures but rather overlap them. And while our gaze is captured by these kinds of pleasantries, the weight of our body and the sculptures with their base float on another level: a floor made liquid and unstable by the presence of other images, of other colors.

The idea of the undecidable developed by observing the works of Francesco Barocco (Susa, 1972) and the impossibility of understanding whether his drawings in black graphite are the dark background from which the white of his sculpture emerges, or if the shadows resting upon the plaster animate its body in different presences. Similarly, the idea also developed with his non-finito (unfinished), composed of loss but also possibility, of his titles of other works carved into his sculptures, evoking other images, other times, other artists.

And also, that same thought found new confirmation, new ground for reflection, in the transparencies of Riccardo Baruzzi (Lugo, 1976), in his canvases with their figures inhabited by other figures, of outlines that overlap in a contradictory space, of deep and timeless backgrounds from which emerge images always on the verge of dissolving once more. His imaginary feeds off his understanding of art from the past as well as forms of popular decoration while the apparent contrast melts away in the lightness of a practice that moves freely between painted lines, digital drawing, the reverberation of sounds, and performance.