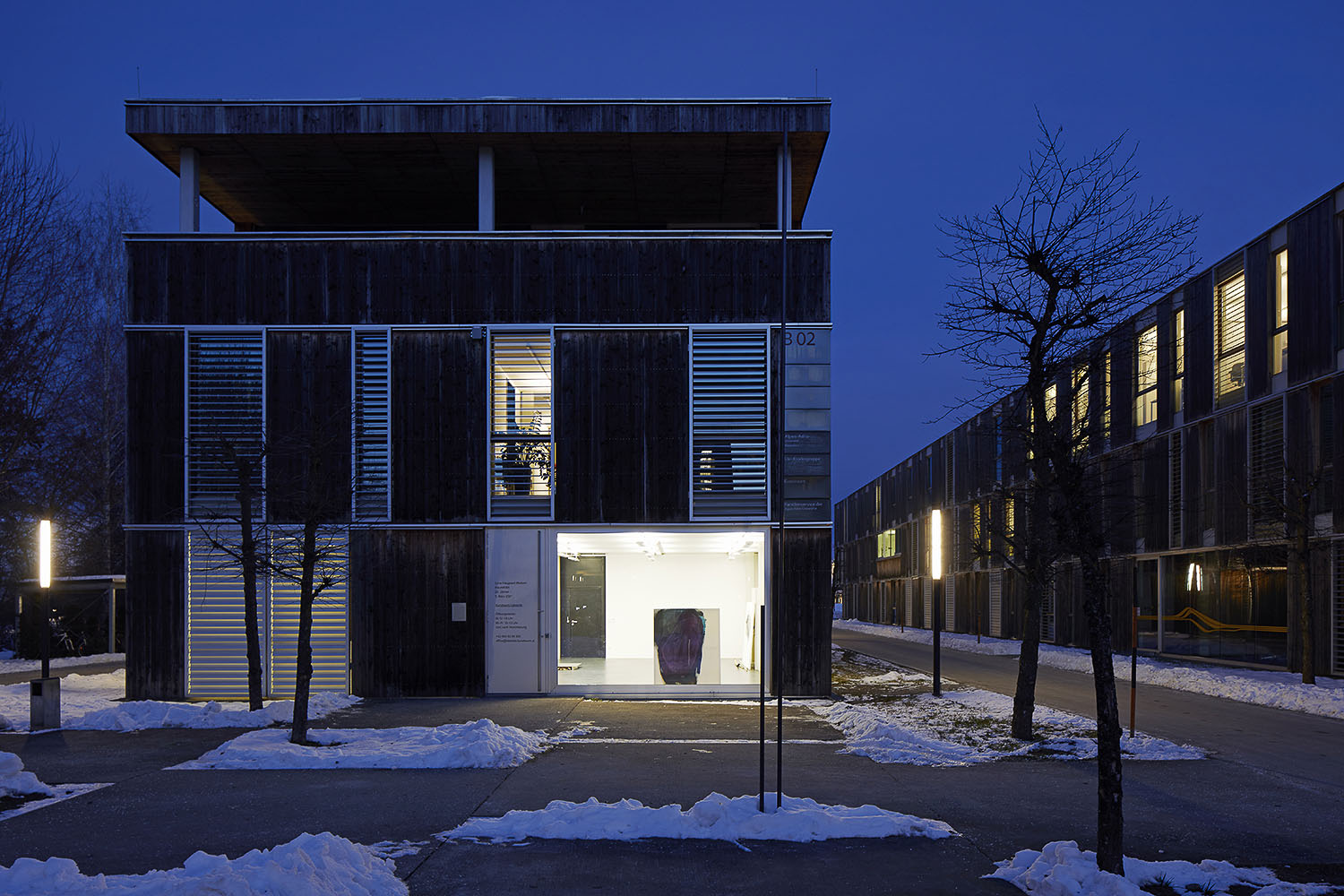 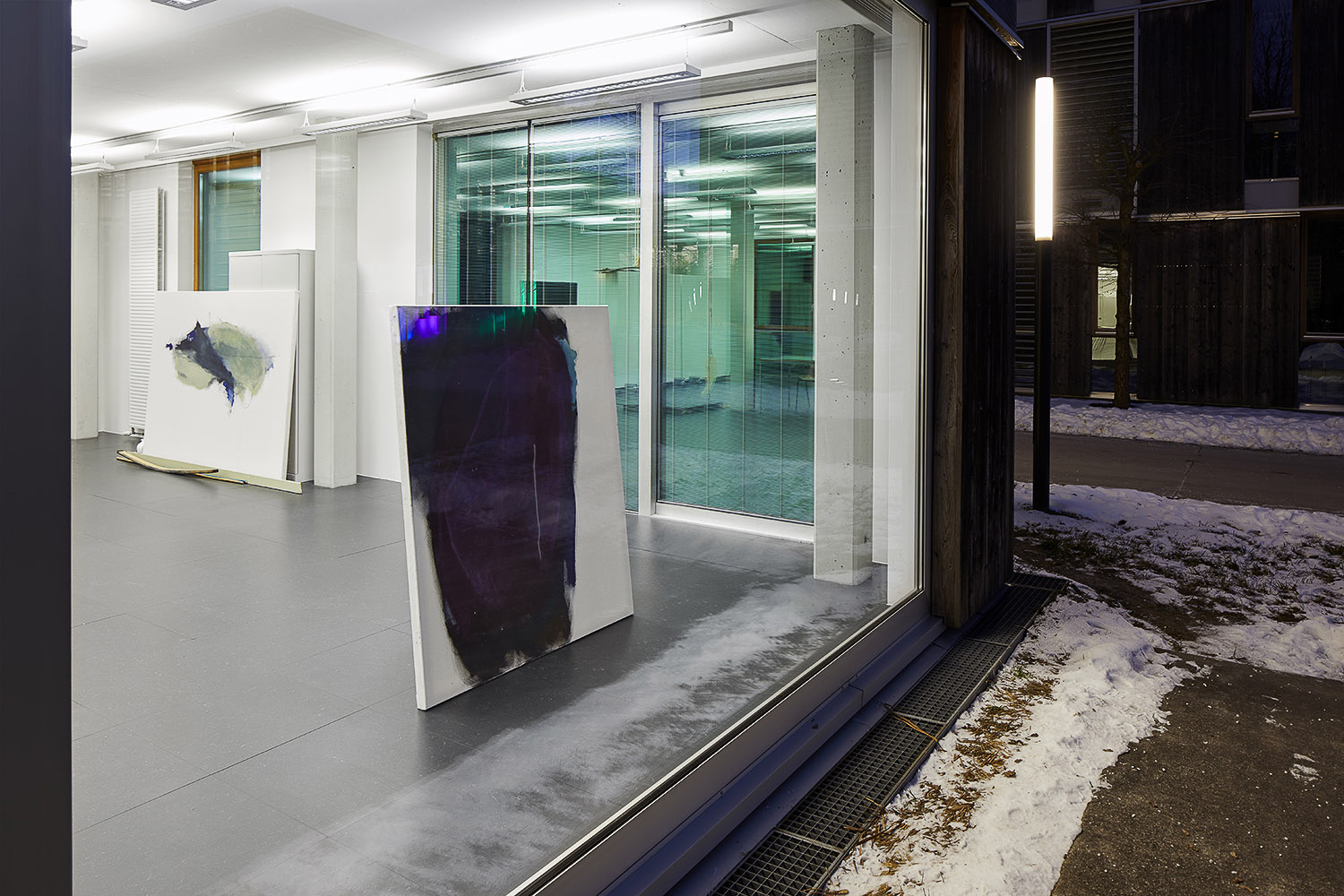 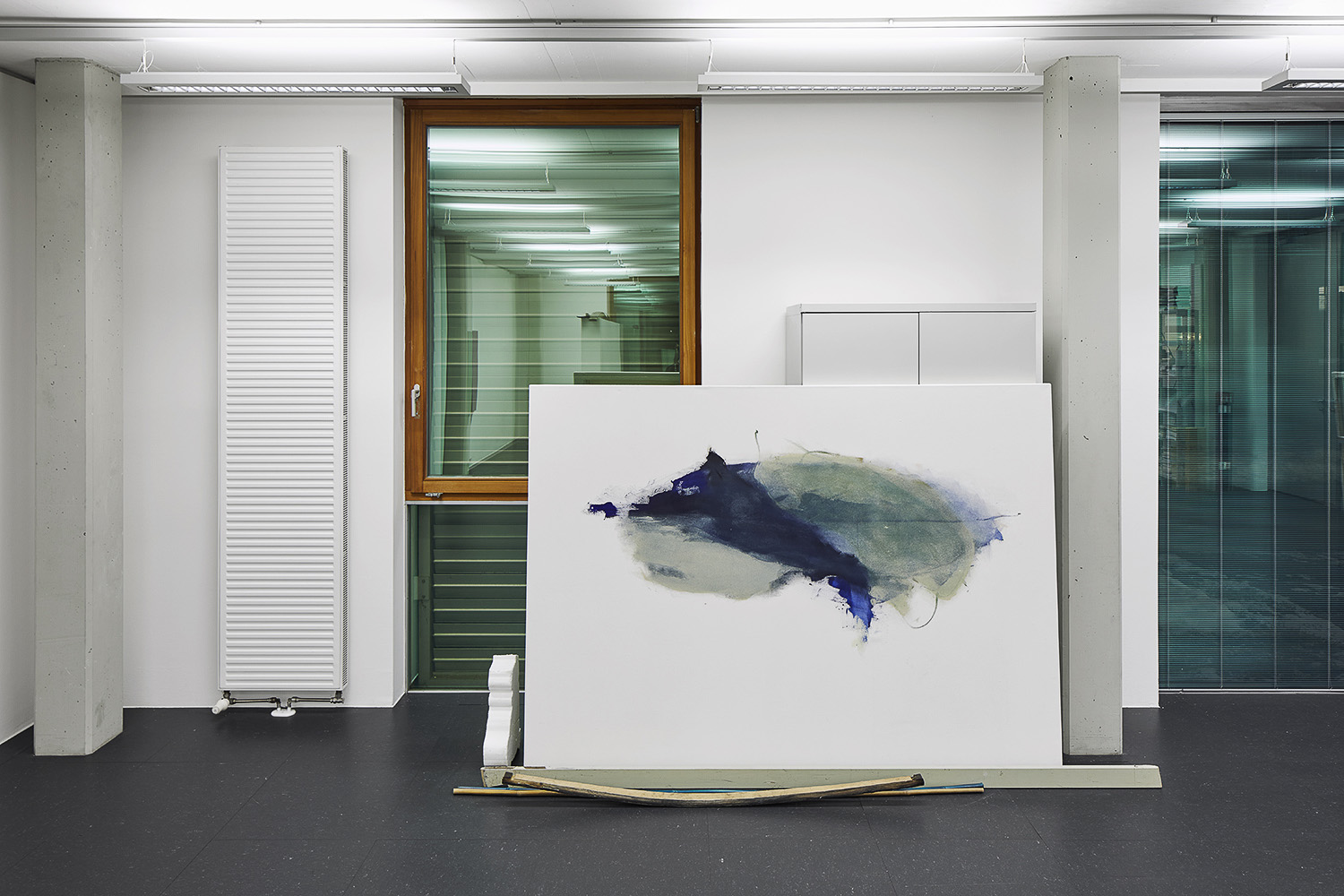 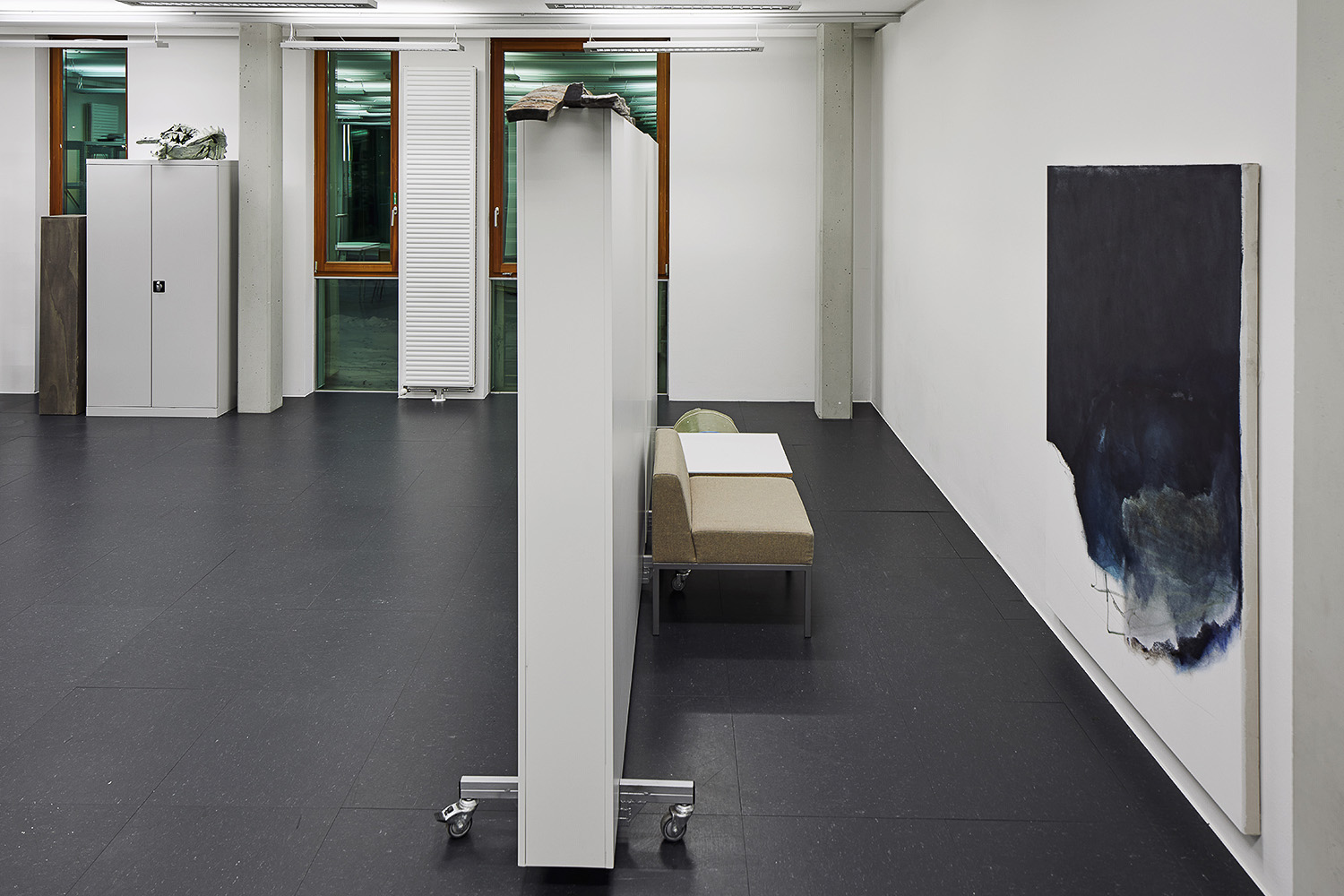 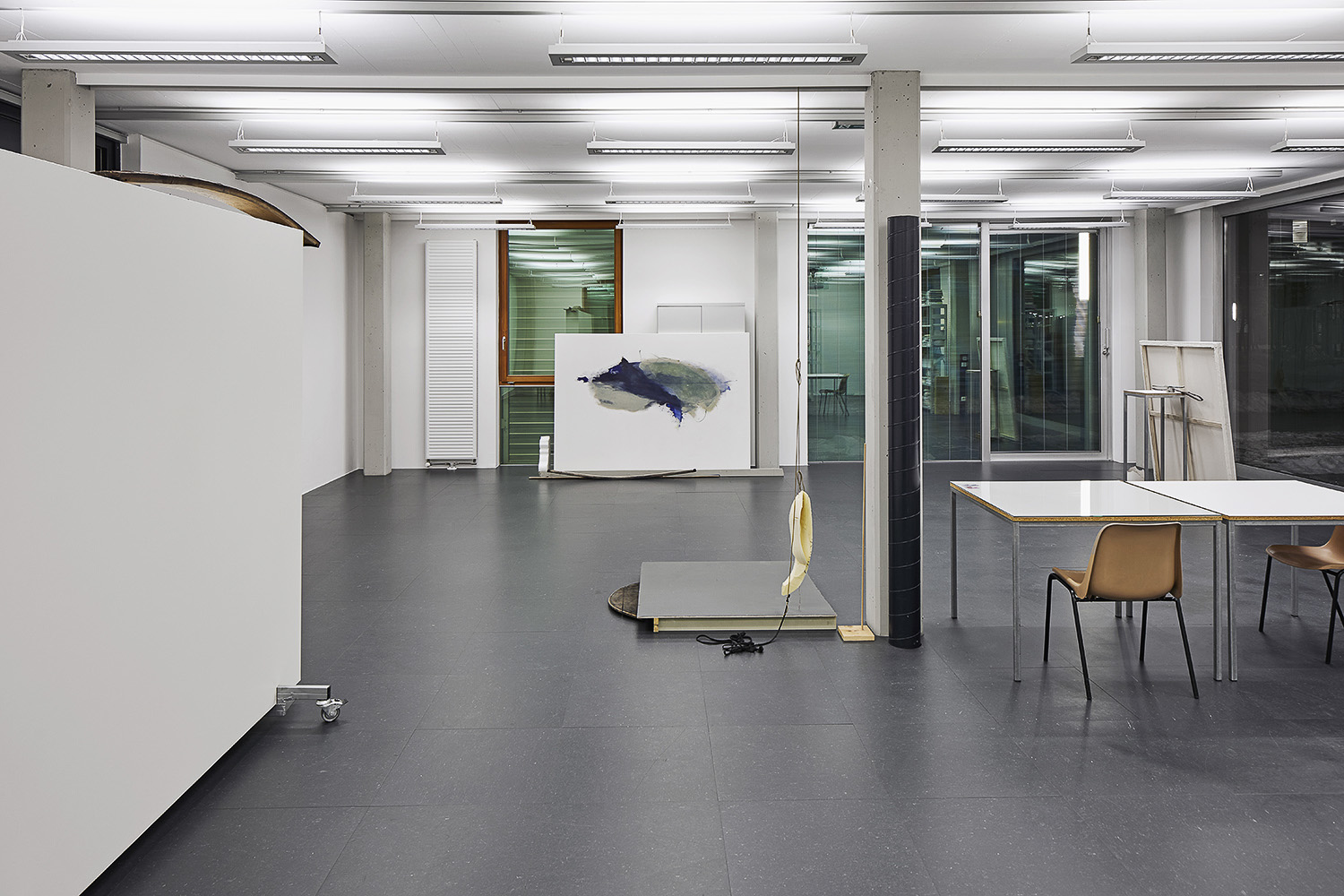 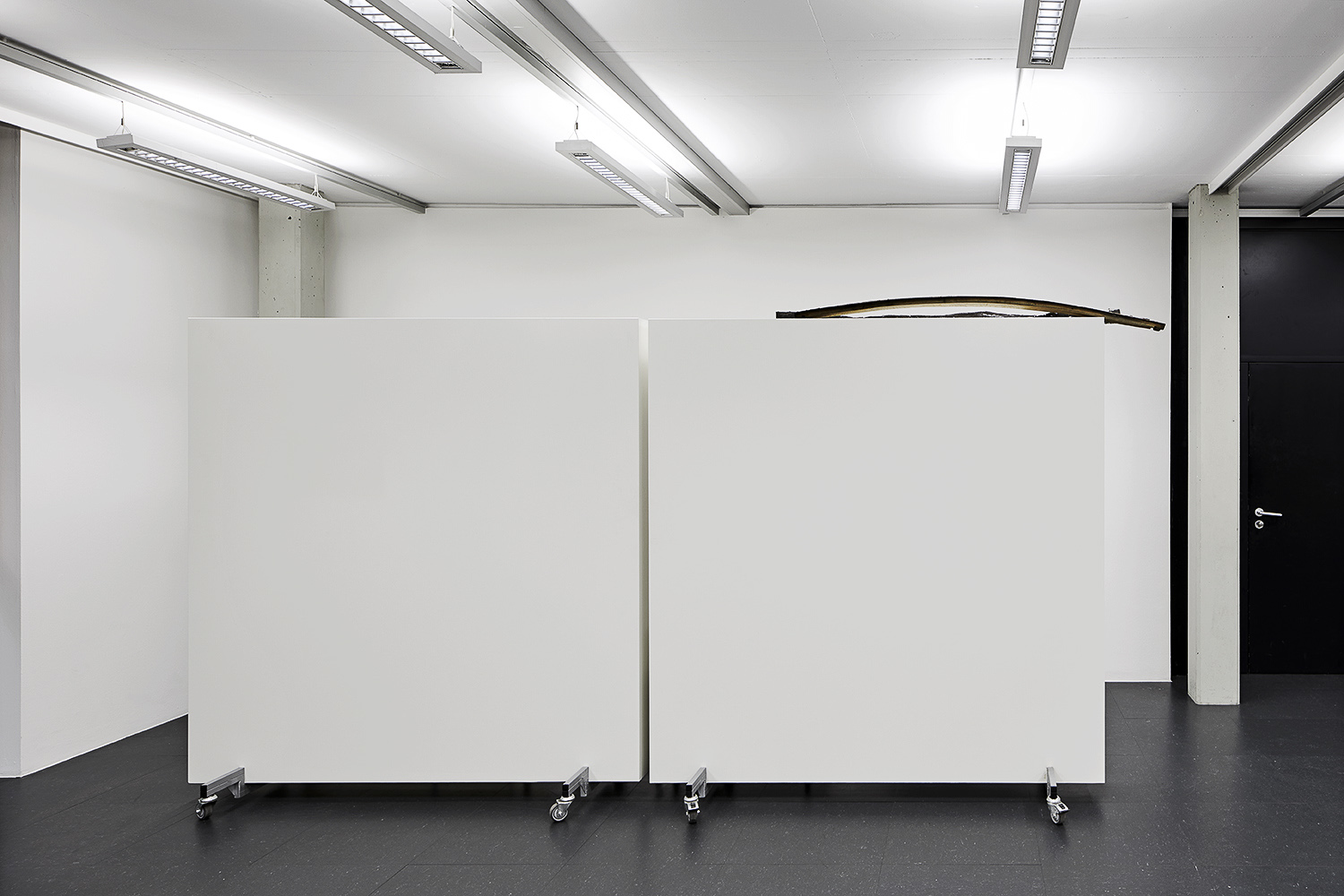 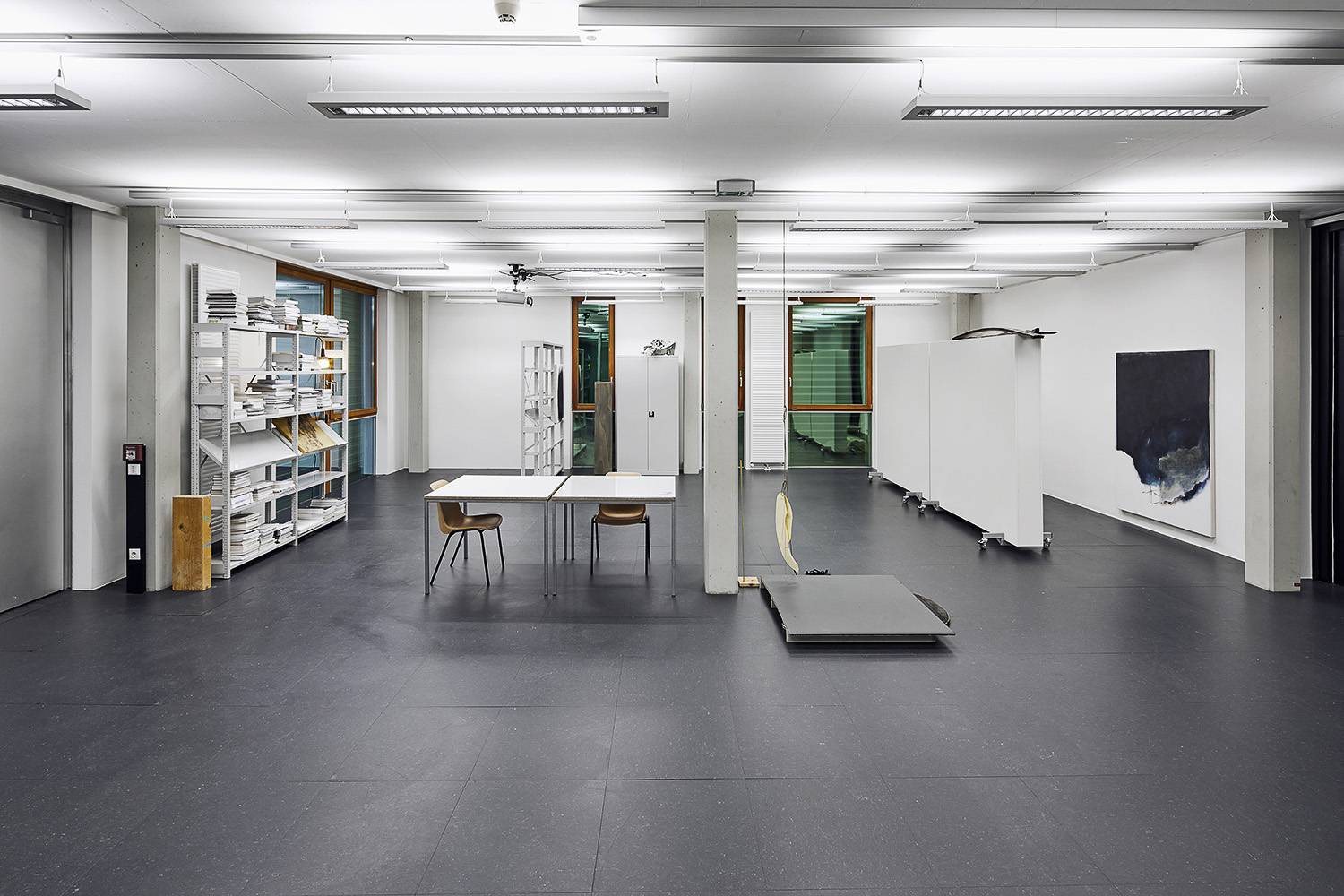 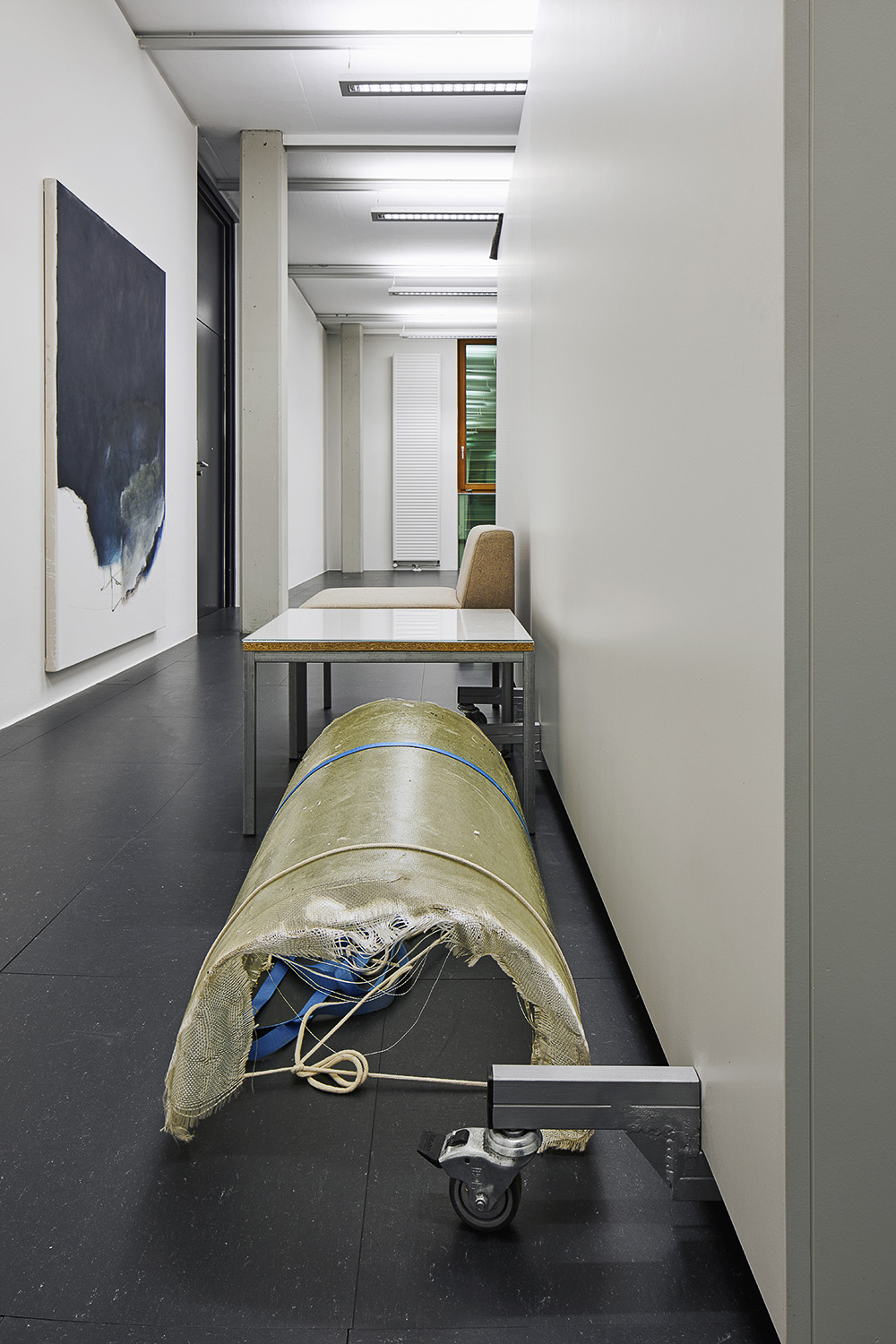 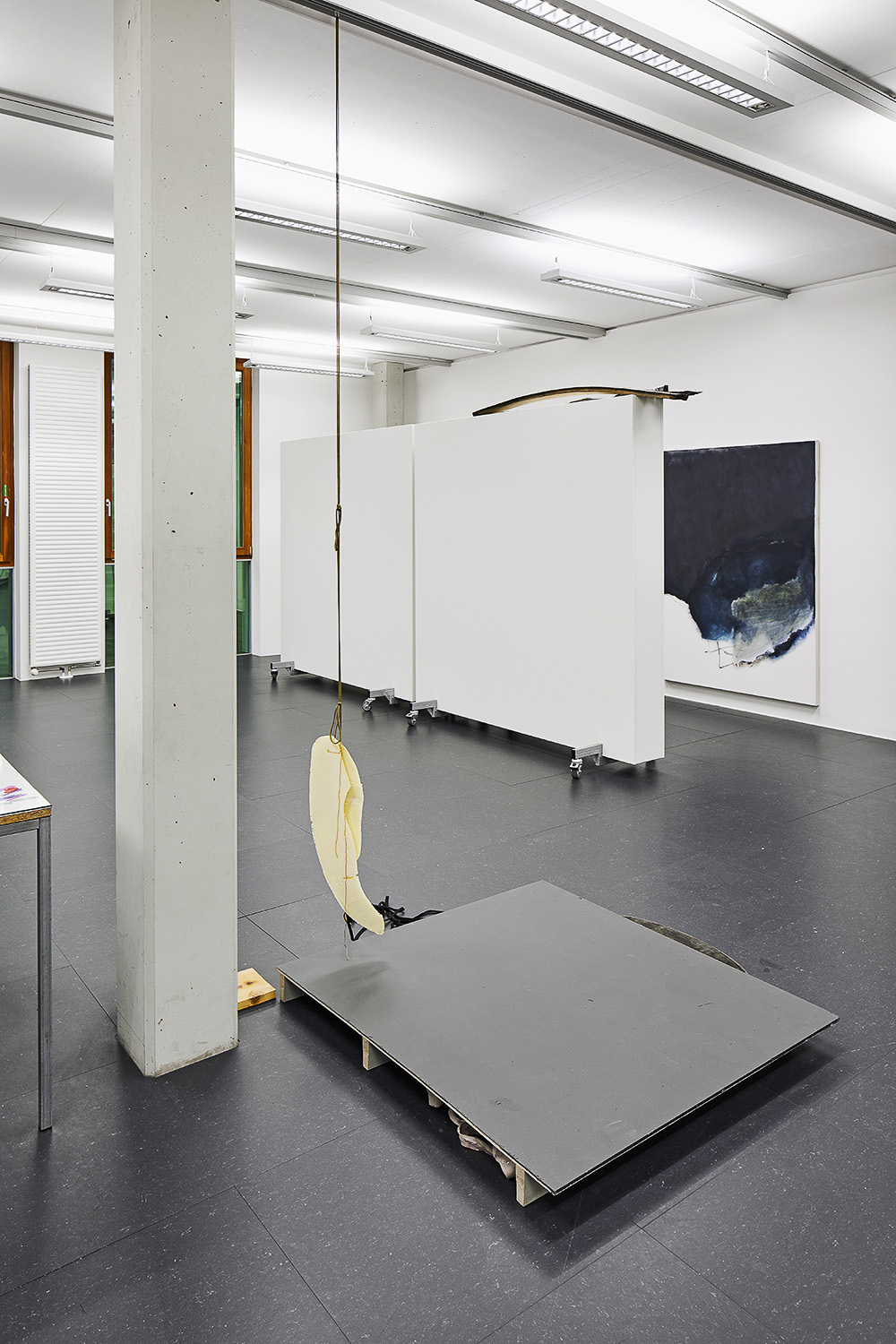 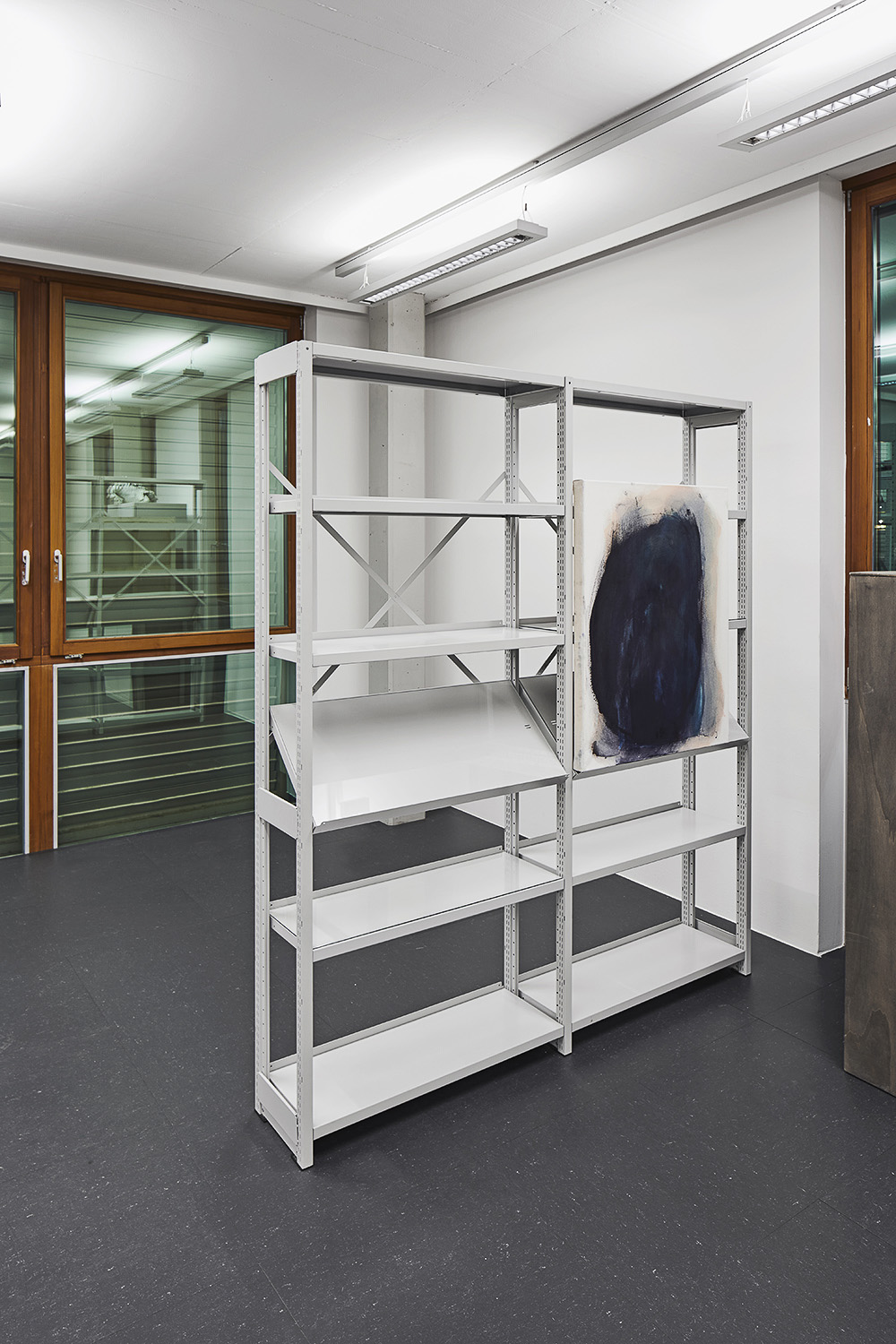 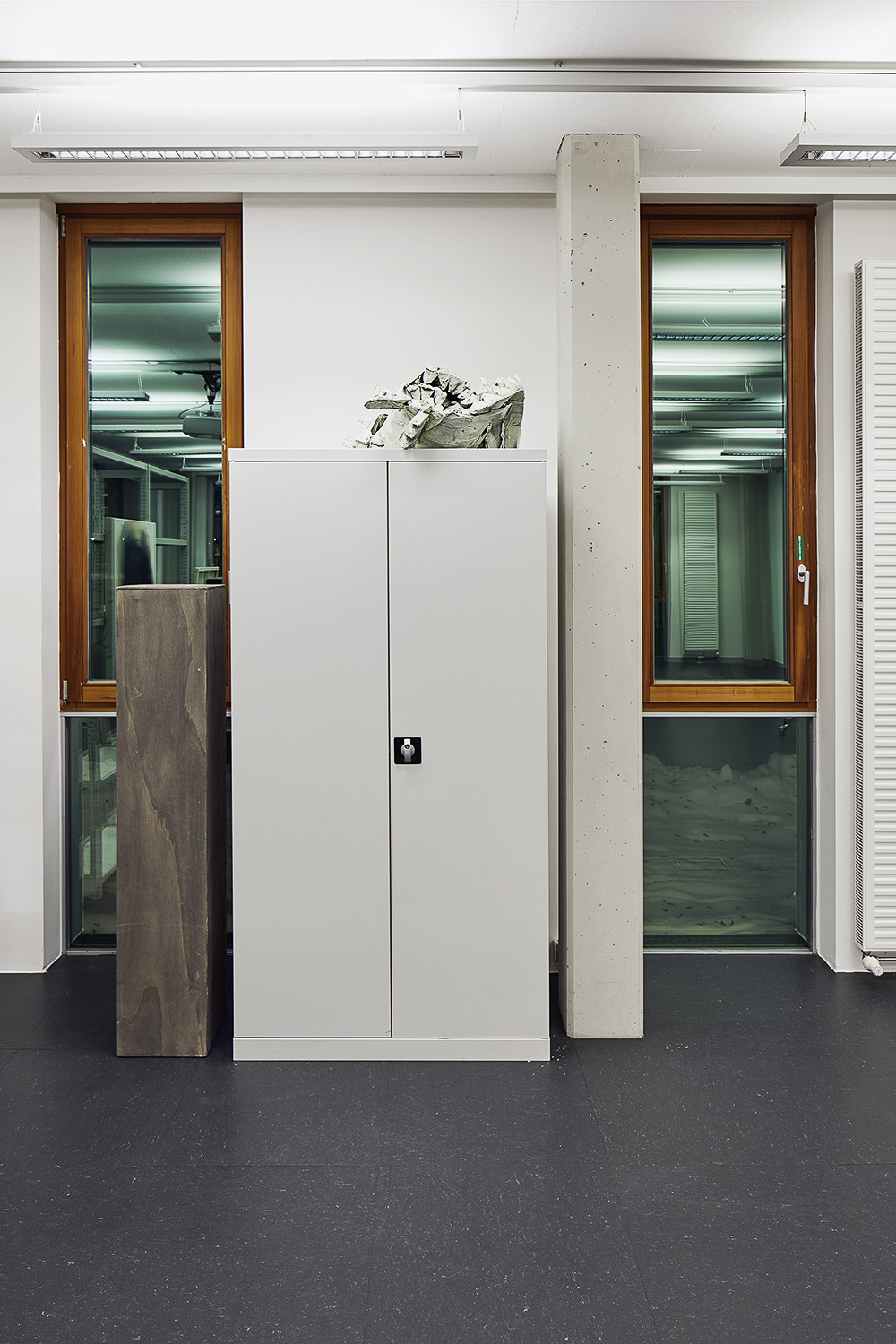 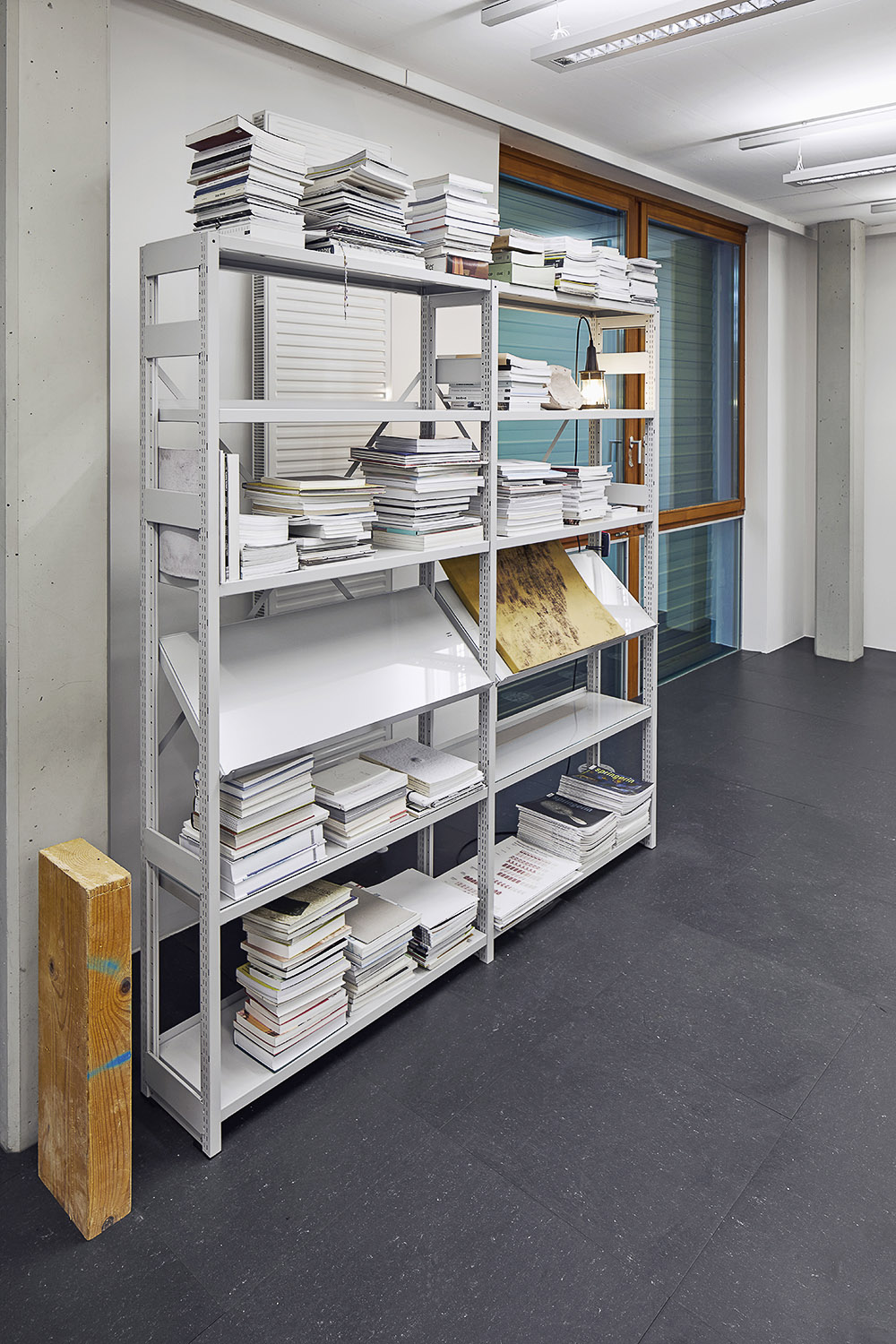 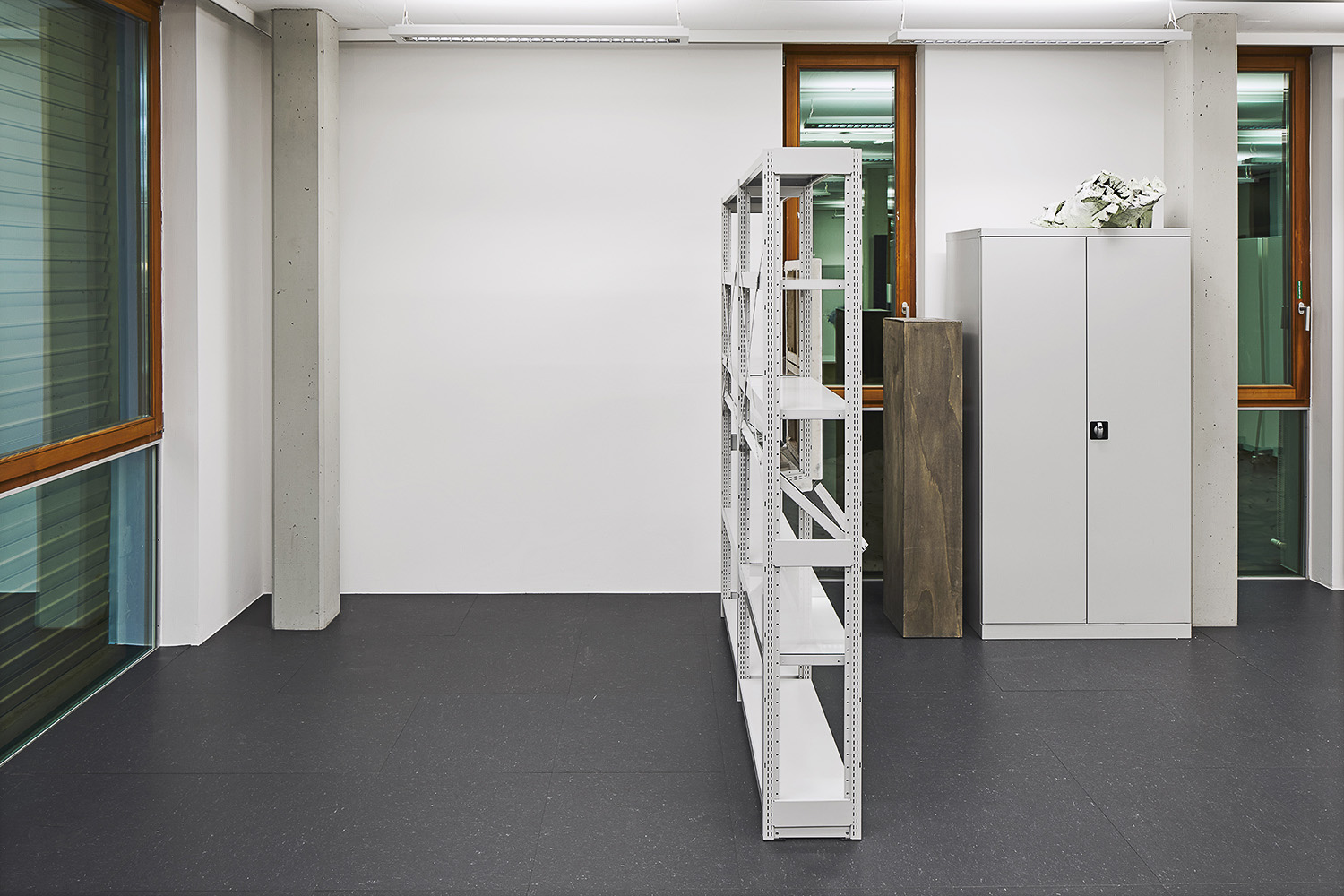 In her artistic practice Lone Haugaard Madsen enters a never-ending cycle of artistic production/reproduction and presentation/representation, while shaping this cycle at the same time. Be it with the media of sculpture and painting, yet always as site-specific installations, she investigates the act of artistic production itself: Which contexts constitute an artwork? What are the prevailing conditions and prerequisites in the presentation of art and which currencies does this create? Which connections and links can be generated between the content, formal, and material requirements of art and its spaces of representation? By consciously switching roles from the (re-)producing artist to the first viewer to the exhibition curator and back again as needed, Madsen keeps her field of action in flux and open for discussion.

The departure point for these rather fragile installations, which the artist anchors with extreme precision in the respective spatial context to reveal, among other things, the gesture of presenting art, is the material aspects of production, aspects of the artistic practice as such. Here, a string winds casually around a standard metal tube, towering in the air bound to other rods; there, the careful traces of painting on an arbitrary piece of foam structure its surface anew; in the background the shiny black of an unidentifiable plastic element contrasts a canvas painted with matt black; beside the wall leans a sheet of wood as if waiting to be picked up; and over here, a piece of fabric lies over a pedestal, which, like a temporary aid, is a bricolage of different materials—everything can be art.

Lone Haugaard Madsen’s works are often comprised of objects she collected in her workspace or finds in the studios of befriended artists and in the workshops and depots of the cultural institutions where she exhibits. She accumulates materials and objects, subjects them to a process of reinterpretation, and transforms them to the point where a network-structured hybrid emerges, which places the complex interconnections of artistic production in a conceptual framework, while making them tangible and experiential, too. The artist’s intervention yields constellations. Despite their ephemerality or precisely because of their ambiguity, these seemingly arbitrary combinations bear a captivating presence. Observers can’t help but to fix their gaze on the objects and scrutinize their form and composition, their apparent function.

A key aspect in the work of Lone Haugaard Madsen is the moment of presenting art, which in turn takes the moment of presenting—and observing—art as its theme. The exhibitions of the artist are not just a means to consolidate certain works—sculptures, paintings, interventions—in a spatial constellation, rather her sculptures, paintings, and interventions connect to one another, and to the respective site of presentation, in such a way that the exhibitions themselves become the installation and the artwork. According to Juliane Rebentisch, “no work was ever indifferent to the form of its exhibition, but the art of installation draws special attention to it: It consciously plays with the parergonal logic, a dynamic in which the spatial surroundings of the exhibition space or the proximity of one image to another can hit the center of aesthetic significance, without ever becoming exclusive or determinable as such a center.”* By referring to her exhibitions as rooms and giving them successive numbers instead of titles, Lone Haugaard Madsen underlines that these works are loose arrangements, but also that the individual shows, in turn, are part of a greater whole. The contingent nature of the individual components in the works of the artist continues on the level of the exhibitions.

With Raum#365 Lone Haugaard Madsen has developed a new installation that responds to the spatial, contentual, and institutional framework conditions of Kunstraum Lakeside. A longer sojourn in a house with garden during the long weeks of lockdown in early summer due to the global pandemic motivated the artist to reassess her standpoint as a producer of art. Based on the perspective of her own work situation but also the fact that artists, in times of restricted mobility and publicity, are confronted with their own creative requirements and means more than ever before, Haugaard Madsen asked photographer Oliver Brenneisen to document a new series of her paintings and sculptures. The photographs that resulted from this collaboration, which oscillate between portrait, repro-, object, nature, and last but not least fashion photography, are not conceived per se as artworks. Their formal ambiguity, however, how they evade clear classification and how they circulate—for instance, on the invitation card for the exhibition Raum#365—corresponds with the methods and strategies of transcending genre borders, an approach that the artist also applies in the composition and arrangement of her work.

Lone Haugaard Madsen (* 1974 in Denmark), lives and works in Vienna.