Lin May Saeed
EURASIA − A Landscape of Mutability 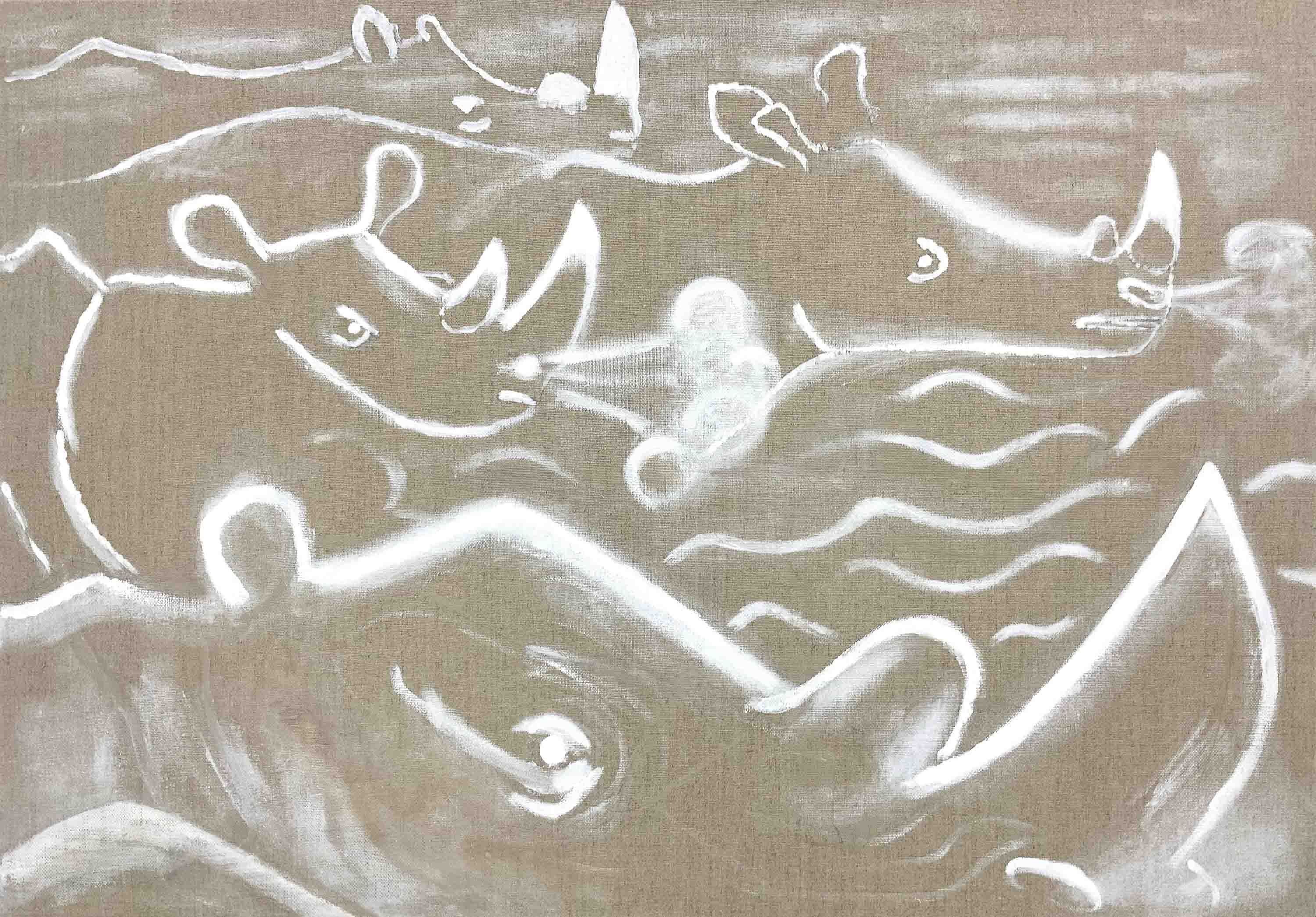 The concept of Eurasia evokes myriad different ideas across geological, ideological, cultural, racial and artistic paradigms. Housing three quarters of the world’s population (as well as three quarters of the world’s energy resources), the Eurasian supercontinent is also home to a great plurality of cultures. It is a space where historical, contemporary and futuristic visions coexist, interact and mutate. From the ancient world to the cultural horizons to come, Eurasia has hosted the free-flow of exchanges, and possesses more capacity than ever for trans- or rather supranational thinking and cultural transformation superseding artificial distinctions of “Asia” and “Europe”.

Eurasia shows us how our perceptions of the world are in flux. Once the harbinger of globalisation, the Silk Road was the lifeblood of cultural and economic interaction between “East” and “West” for almost two millennia. The conquering of the Americas then made the world and apprehensions of humanity bigger. And now, following the rapid failure of the unipolar world and related ‘new globalism’ after 1989, and with a new balance of power emerging, Eurasia once again becomes a new horizon. In contrast to nation states, Eurasia is ambiguous, home to a growing number of new modernities and spheres of influence. We can become aware of the historical notions of Eurasia, Eurasians and Eurasianism, in all their utopian and dystopian forms, but we should also look to seize their futurity.

The exhibition EURASIA – A Landscape of Mutability seeks to map innovative practices and exchanges that reflect the plurality of cultures, collaborations and conceptions of Eurasia, with all its innovations and frictions. Inspired by the artistic imagination of artists, it will consider Eurasia as a landscape of mutability. EURASIA will explore the transformations and growing mutipolarity of the supercontinent, reflecting the flux of cultural practices, communication and exchanges. It will ask: How has Eurasia inspired artists and thinkers historically, and how has this varied across the supercontinent? What can be its artistic potential, and what spaces for speculation does it offer? What new networks of exchange and mutability can be established? And what creative friction can be found at its parameters? We will look at Eurasia as a cultural and geo-political space in the making. With methodology embodying content, EURASIA will be an exhibition of mutability.

With references ranging from the exchanges between Nam June Paik and Joseph Beuys (whose long-term dialogue was titled EUR-ASIA), to the most famous travelogue of the Medieval era dictated by Marco Polo to Rustichello da Pisa, the lyricism of Marina Tsvetaeva’s poetry, the influence of the artistic and intellectual community of Santiniketan, the epic of Gilgamesh, textile and mercantile histories, and the machinations of George Orwell’s 1984, we look across the contemporary Eurasian landscape. We consider the work of artists who reflect the mutability of culture, and who have developed experimental practices for inventing new forms of communication and circuits of exchange. Alongside exploring the tension between utopian and dystopic visions, EURASIA seeks transdisciplinary, transcultural and dialogical perspectives for considering the wealth of artistic intelligence across the supercontinent.

M HKA’s natural consciousness is that of multipolarity, with Eurasia as its cultural and conceptual space. In fact, Eurasia has been a key part of M HKA’s artistic trajectory and self-image for more than fifteen years. This landmass of the ‘old world’ that predates constructs of ‘Europe’ and ‘Asia’, has nurtured the exchanges of objects, practices, people and ideas for millennia, leading to great philosophical and cultural advancement. M HKA has engaged with artists from the former-Soviet States, much of Asia and the Middle-East, as well as within its immediate locality in Europe and the ‘Eurocore’ region. Including a selection of works from the M HKA collection, this project looks to consolidate M HKA’s long-term engagement with the plurality of culture to be found in Eurasia.

EURASIA – A Landscape of Mutability is part of ‘Our Many Europes’, a project of the confederation ‘L’Internationale’.

EURASIA – A Landscape of Mutability is curated by:

About ‘Our Many Europes’

‘Our Many Europes’ is a four-year programme (2018–22) comprising exhibitions, public programming, heritage exchange and institutional experimentation across the Internationale confederation. The programme takes the 1990s as a starting point when our current Europe was born. It aims to think speculatively about the role of culture as a driving force in showing who and how we are in the world.

M HKA’s engagement with Eurasia has developed over time through projects including: All Under Heaven (2004), Europe at Large – Art From the Former USSR (2009-2011), Angels of History – Moscow Conceptualism and its Influence (2005), Santhal Family – Positions Around an Indian Sculpture (2008), as well as several external projects undertaken by M HKA team members, such as How to Gather? Acting in a Centre in a City in the Heart of Eurasia – the 6th Moscow Biennial ­ (2015) led by Bart De Baere, and the 9th International Art Festival Alanica, Vladikavkaz, North Ossetia (2015) convened by Nav Haq, and not to mention many engagements, projects and acquisitions from individual artists.